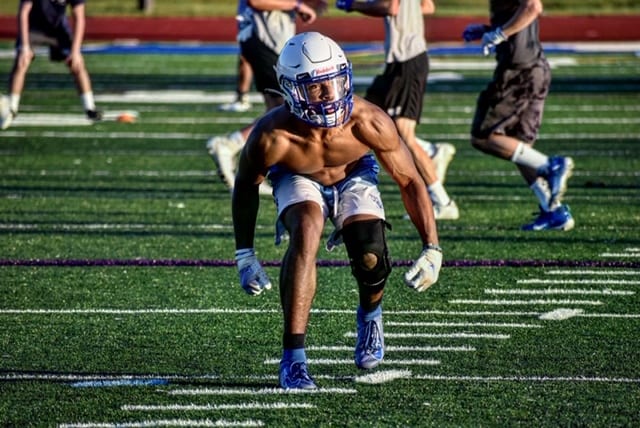 Jack Cote, a senior at West Hartford’s Hall High School, speaks with mental health experts about the non-physical aspect that cancellation of athletics will likely have on students.

Divine Edwards hasn’t played a down of football in nearly three years – sidelined two straight seasons after a reoccurring knee meniscus tear – and now, with Connecticut high school sports officials canceling fall football after an announcement Sept. 4, an emotional Edwards is wondering what next.

“This season was my comeback, to show everyone what I had … my last shot to have a chance at college ball.”

The state’s decision, after months of back-and-forth debate, is a direct hit to the mental health of high school athletes, particularly seniors, says Jon Evans, a former high school wrestler who’s now a clinical psychologist and CEO for a telepsychiatry business, Inovatel, that often counsels youth. Evans worries that athletes will now be entering a second straight season without competition and has already seen evidence of some turning to riskier behaviors to cope.

A new energy had started to blossom throughout the hungry student-athletes here in Connecticut with news at the end of August that officials at the Connecticut Interscholastic Athletic Conference may allow football games. “Yesterday at practice was the first day of pads,” Edwards said. “Everything finally seemed to be normal.”

Brooks McConnell, a senior at Hall High in West Hartford, has been looking forward to leading the charge as a quarterback. “The pandemic is bigger than high school football but I’d say we’re all disappointed and frustrated with the final decision,” McConnell said moments after the decision. “I wish they could have had these discussions earlier, instead of making us go back and forth.” 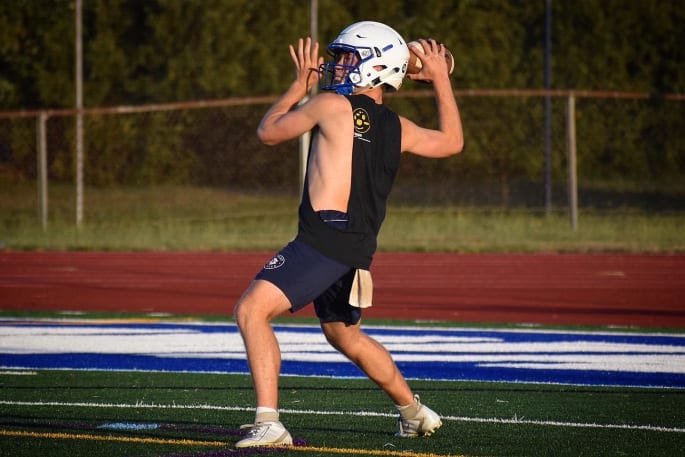 With football cancelled, there is concern about the mental health fallout, not just for athletes but the community that supports high school sports, the pep bands, cheerleaders, and alumni. Many have been anxious over the uncertainty about fall sports particularly since many missed out on a spring season; 462 adolescent psychologists polled in May reported a nearly 30% increase in virtual counseling visits with teenagers who were struggling to deal with the lack of competition and social interaction due to COVID cancelling sports in the spring, and a majority of those teens were athletes.

Edwards said he was “heartbroken” after hearing the CIAC news. He had worked hard after tearing his meniscus in the first game of his sophomore year. “After surgery, I crutched my way to every practice and game. Sometimes I didn’t have a ride to physical therapy and would have to crutch my way there after school.”

Despite the setback, Edwards never stopped working. He took the time to be in the weight room every day and after his knee healed he was in the best shape of his life. “I wish the CIAC knew how much this sport means to me and my teammates. I honestly don’t know what to do now.”

The CIAC had arguably an impossible task.

In an interview earlier this week, Simon Gregg, the CIAC’s associate executive director, acknowledged the board’s focus. “The mental health of our student athletes is critical to us right now,” Gregg said.

Two days before the decision was made, Gregg explained how the CIAC was working with public officials to try and mitigate risk and give a green light for all fall sports.

As a basketball player and cross country runner myself, and trombone player for the football pep band, I emphasized to Gregg the importance of practices, conditioning and team bonding, the mental health benefits. Whether the games would have happened or not, the most significant target should be student-athletes getting the chance to compete with one another, play the sports they love, and make the most of the situation we find ourselves in.

The connection between mental health and sports has deep history and implications that go beyond the pandemic. Athletes can enter an abyss when they get cut from a team, lose playing team, get injured like Edwards, or lose the opportunity to play, compete or enjoy the rewards of team camaraderie or personal sport success, according to Evans.

“Wrestling was vital to me as a youngster – the competitions gave me confidence – I was stronger mentally even in defeat,” he said.

The psychologist is concerned that as more sports seasons are cancelled some may start in on riskier behaviors, like alcohol, drug abuse or eating disorders.

With the expected increase in mental health challenges from sports cancellations, several coaches are trying to do their part to help. In New Jersey, football coach Bill Kvaleim started a clothing company called Tackle Depression to promote anti-stigma messages on hats and hoodies. Parents can find a mental health therapist directory, or volunteer, on the “Tackle” website. Many states, including New Jersey, Connecticut, and New York, now have new laws requiring Kindergarten to 12th grade schools to teach mental health and provide more support to teens.

But even when sports come back full time, there is a broader question of physical education and its importance in enhancing mental health and reducing the incidence of depression, anxiety and addiction. Susan Matai, who works as an administrator at a high school in New Mexico, says physical education is vital not just via sports teams but for the entire study body, but many schools like hers in Albuquerque lack the resources to put on these programs. At Matai’s school, the only PE available before or after school is organized sports. “It is greatly encouraged at this school that students be involved, but there are limits as to how many can be on the teams and there are no other outlets available,” she said.

Programs that can figure out how to provide safe, COVID-19-compliant sports activity will likely be vital particularly if winter sports are also cancelled.

Perhaps Divine Edwards’ workouts during his two-year injury are a bit of hope. “I still took the time to workout,” he said, smiling. “Even got a personal record of 245 on the bench.”

Editor’s Note: Jack Cote is a high school senior at Hall High School in West Hartford. He will tell you he has had his “moment” here as a sophomore but now he is still holding out some hope that he can play a little trombone from the bleachers this fall while his buddies Divine and Brooks march the Warriors down the field for a game-winning drive. One can dream.

Bryan Cote contributed to this article. The adolescent psychologist study and Athlete Mental Health Index referenced are conducted by The Behavioral Health Hour.