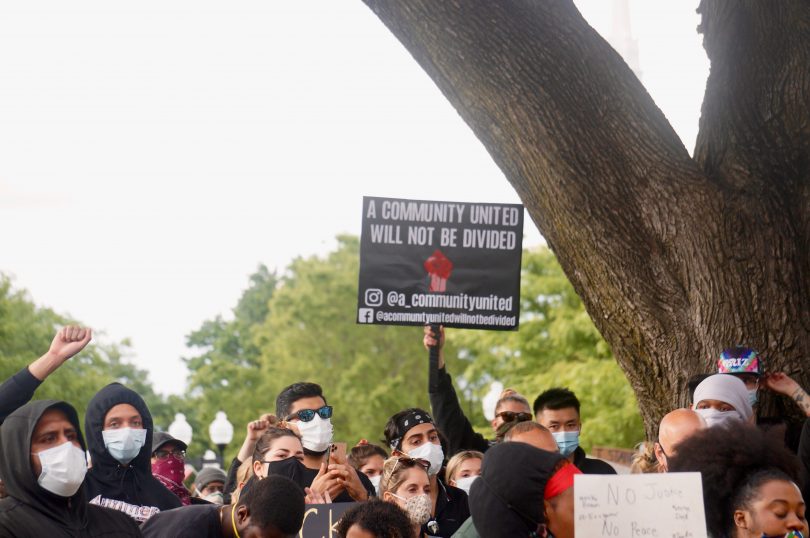 Lily Guberman of West Hartford is a graduating senior at Hall High School. She will be attending UConn in the fall, and plans to major in journalism.

To say that this spring has been overwhelming is an understatement.

As someone who has had a love of writing from a very young age, as well as an aspiring journalist, I would like to think that my vocabulary is sizable. I like to use words that are able to accurately convey exactly what I mean, however, I am at a loss. I’ve been trying to search for the right words that can reliably portray the series of emotions that I have gone through myself this spring, and now nearly summer.

None of those losses are comparable to what’s going on for the hospital and other essential workers; people who are forced to wear masks for hours on end, exhausted, dedicating their time and putting themselves at risk.

It is nothing compared to the numerous Americans who have had to file for unemployment after being fired or furloughed.

It is especially nothing compared to the recent deaths and arrests during protests for the rights of Black Americans.

Allies and activists try to do what they can – not everyone can leave their house to attend a protest out of concern for their safety as well as their family’s. Posting on social media can spread awareness, however it is not the end all. It is easy to be deluded; thinking that posting a chain on a story saying “tag 10 more people that support BLM,” believing that change is enacted by posting a black screen. Perhaps it does something, however little.

People tend to get caught up with the anger that we all should feel, the outrage at what is happening, and lose some perspective. They do not see the different situations that people are put in. Some people have family members that are racist and they feel that they cannot post anything about it. They may have a parent who is racist, and with social distancing, they are stuck in the house with them 24/7. Some people are allies, but don’t feel comfortable enough to post. That does not make them any less of an ally. Some are students waiting to be recruited by colleges, and they don’t want to do anything to jeopardize that shot. Some people don’t post about anything, ever. Some people, like myself, can see their friends socially distanced, but don’t feel safe at a protest for the simple reason that I know where my three friends have been and what they do to protect against the virus, but I cannot account for the safety precautions of the hundreds or thousands that attend a protest.

There was something a mentor of mine said to me recently that she saw on Facebook, and I wholeheartedly agree with it. The post used traffic lanes as a metaphor for progress. Everyone on the highway is driving. There may be two lanes, there may be four. Everyone is in their own lane, moving forwards, and as long as we are not at a standstill, or going in reverse, it should not matter how anyone in any car other than yours is going. We all have our own cars, in our own lanes, but what matters is that everyone’s foot is on the gas. The progress is still being made.

I’m sure that the post my mentor referred to was more eloquent and thought out, however it still echoes that sentiment. As long as we move forward, that is what matters. Whether one posts is not the key.

What is key, is that we all strive for the equal rights that everyone should have. That we strive for change. It is not the place of anyone to judge how someone else contributes to the movement, so long as we are moving forward together.