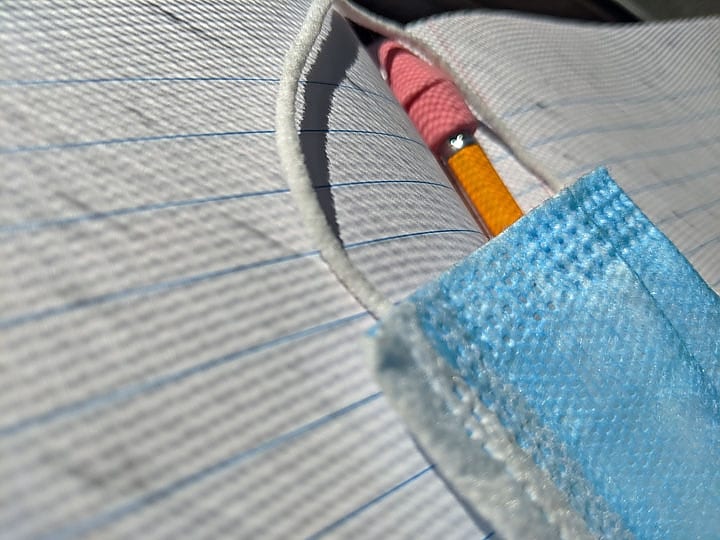 The case is scheduled to resume during a remote hearing Monday afternoon.

Lawyers challenging Connecticut’s mask requirement for school children have identified new expert witnesses including an epidemiologist who advocated allowing the coronavirus to spread in order to hasten herd immunity in low-risk populations like children.

In a March blog post available on his Linkedin page, Dr. Knut Wittkowski argued against containment strategies and advised achieving herd immunity as the best strategy for dealing with respiratory viruses like COVID-19 in the absence of a vaccine.

“When containment is counterproductive, one has to resort to an old strategy, exemplified by ‘measles parties.’ If the virus spreads fast among children (who are typically not affected) and their parents (who are unlikely to experience severe consequences and, if so, will respond to antibiotics), herd immunity is typically achieved within about 6 weeks, a time during which grandparents, who are at high risk, could ‘contain’ themselves,” the epidemiologist wrote in post titled “How to Fight SARS-COV-2 / COVID-19.”

Wittkowski is one of two new witnesses disclosed Thursday in court documents for a case in which a group of Connecticut parents, represented by two Republican state representatives, are asking a Superior Court judge to put an emergency halt on the state’s requirement that children wear masks in schools.

The group alleges that masks represent an imminent danger to children and do not slow the spread of the virus, which was just classified this week by the CDC as airborne. However, they have had a difficult time identifying expert witnesses to support these claims. Last week, Judge Thomas G. Moukawsher said two previous doctors proposed by the group were unqualified to serve as experts. The judge said one proposed expert held beliefs that defied “science so firmly established as to be beyond rational dispute.”

On Monday, Moukawsher gave the plaintiffs one more chance to identify suitable doctors. They proposed Thursday to hear from Wittkowski, a New York epidemiologist with a Ph.D in computer science, and Dr. Mark McDonald, a child psychiatrist from California.

Wittkowski, founder and CEO of biostatistics company ASDERA, has attracted some controversy this year due to his beliefs about COVID-19. His statements on the subject prompted his former employer, Rockefeller University, to release a statement distancing the school from him.

“The opinions that have been expressed by Knut Wittkowski, discouraging social distancing in order to hasten the development of herd immunity to the novel coronavirus, do not represent the views of The Rockefeller University, its leadership, or its faculty,” the statement read. “Wittkowski was previously employed by Rockefeller as a biostatistician. He has never held the title of professor at Rockefeller.”

In late March, as a stay-at-home order was enacted in New York, Wittkowski told the New York Post he was not social distancing and was regularly going out to eat at restaurants operating in secret in his neighborhood.

“Yesterday I went to my favorite speakeasy and had dinner,” he told the Post in an article published March 28.

Doug Dubitsky, a state representative and lawyer for the group, said Friday that he did not anticipate any difficulty getting the new witnesses approved by the judge. With regard to Wittkowski, he disputed whether controversy should be considered when assessing an expert’s qualifications.

“The guy is a renowned epidemiologist … One of the most renowned in the country. His qualifications are impeccable,” Dubitsky said. If the state objects to his opinions, “they can challenge them with science.”

Dr. Mark McDonald, the other witness proposed by the group, was one of more than 600 doctors who wrote to President Donald J. Trump in May, urging him to put a stop to lockdowns. McDonald told Fox News that lockdown orders exacerbated the symptoms of depression in some people, including a 31-year-old patient of his who died of a fentanyl overdose while under lockdown.

“I do blame these actions by the government for her death,” McDonald said, according to Fox News.

The Attorney General’s Office is reviewing the new documents and will respond, if needed, in court, according to a statement. The case is scheduled to resume during a remote hearing Monday afternoon.