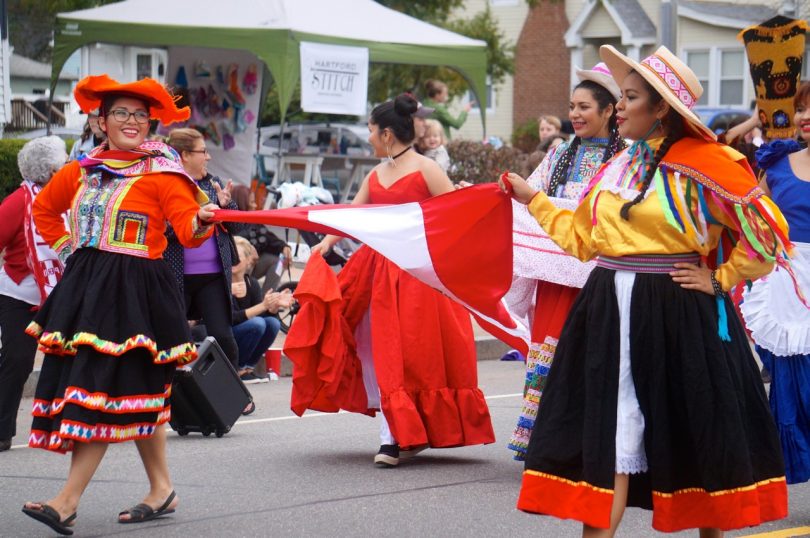 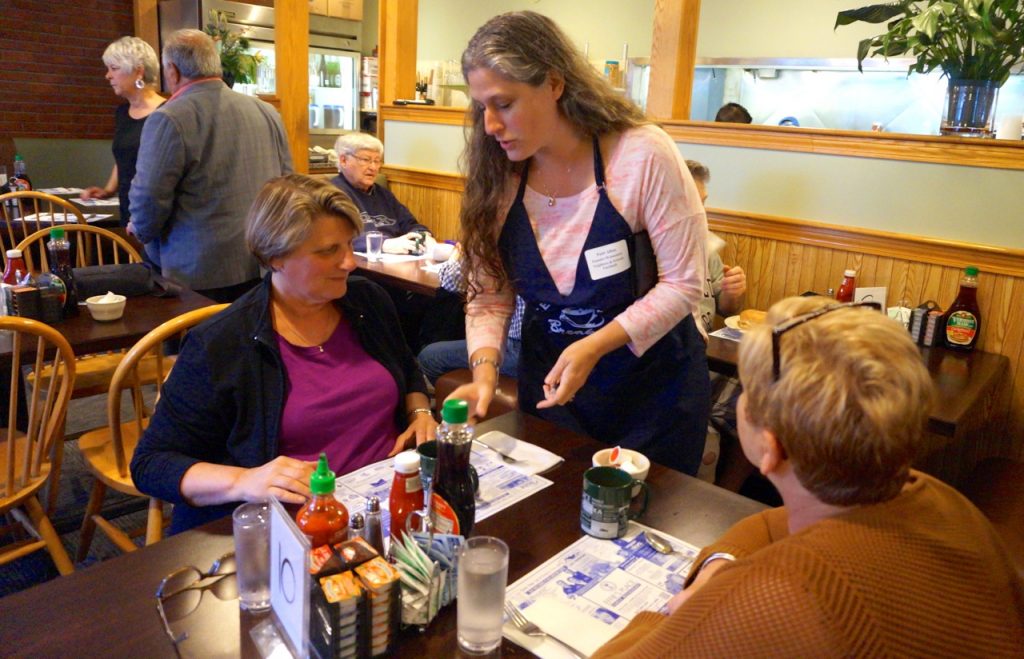 Organizers of this year’s Park Road Parade asked the community to nominate “unsung heroes” to be grand marshal of this year’s event, and announced Thursday that Patti Albee, founder of West Hartford’s immensely popular Neighbors and Friends in West Hartford Facebook group, has been selected.

“I am so thrilled to have this honor,” Albee said. “Having grown up in West Hartford and seeing all the changes, I love the Park Road Parade and that it’s about celebrating those changes and the neighborhoods.”

Playhouse on Park Executive Director Tracy Flater, co-chair of the Park Road Association which sponsors the iconic parade, said that this was the first year that the selection process was opened to the community. Albee was selected from among a field of 18 nominees.

John Paindiris, owner of Effie’s Place and the other co-chair of the Park Road Association, said that rather naming a highly-visible celebrity, the goal was to honor “West Hartford’s unsung heroes who are quietly serving the community from behind the scenes” with the role of grand marshal.

The Neighbors and Friends Facebook group currently has more than 16,700 followers, and more are added daily.

“I nominated Patti because she literally works full time on the Neighbors and Friends West Hartford site and receives no income for her efforts,” said resident John Lyons, known to many who are members of the group for his weather forecasting acumen. The community relies on the group, which was launched in June 2012, for information and news about the town, and for recommendations about local service providers, Lyons said.

She said that the group grows by about 150 members per month, and there are roughly 1,800 posts per month. “That’s a lot of information being shared,” she said.

Albee, a lifelong resident of West Hartford, grew up on South Highland Street and for the past 26 years has lived on Warrenton Avenue, three houses around the corner from her childhood home.

She and her husband, Scott, have been married for 27 years and have four children, Ashleigh, Bryan, Justin, and Kylie who have attended or are attending West Hartford Public Schools. Albee’s only sister, Meg, is also a West Hartford resident.

Albee, who has been a “celebrity server” at the past several breakfast fundraisers at Effie’s Place to benefit the parade, said she recalls attending the first Park Road Parade in 1998, and was “surprised and honored to be selected as this year’s grand marshal.”

This year’s Park Road Parade will step off at 10:30 a.m. from Park Road and Ringgold Street, and will feature more than 70 contingents including marching bands, drum corps, and state and town officials, as well as clowns, dancers, Shriners driving mini fire trucks, dogs of all shapes and sizes, and creative floats. Cultural organizations and civic groups from throughout the neighborhood, and antique cars also participate in the annual Park Road Parade.

Organizers are also thankful to the volunteers and sponsors, without whose support a parade of this magnitude could not happen.

Check back with We-Ha.com for further details about other activities associated with the Park Road Parade that will be taking place next week and directly following the event.