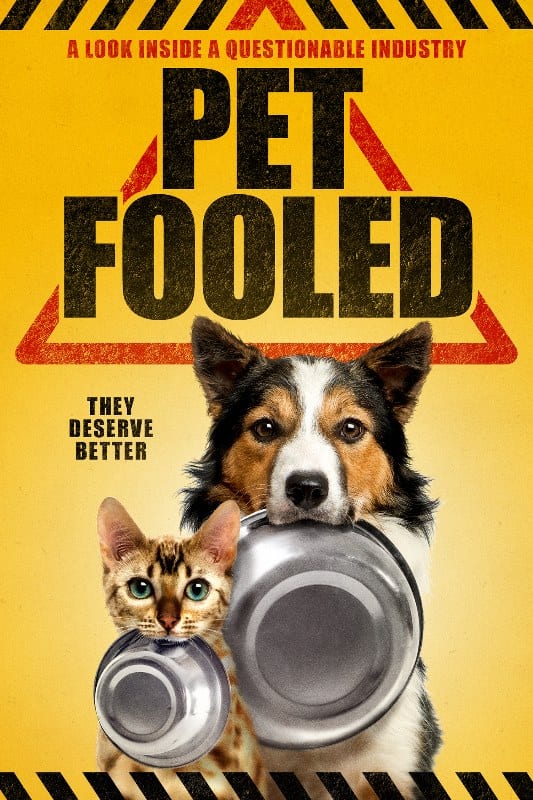 'Pet Fooled' is a documentary about the pet food industry. Courtesy image

A West Hartford native is helping promote ‘Pet Fooled,’ a documentary that’s an expose on the pet food industry and hopes to have a screening at the Bow Tie Cinema on New Park Avenue in January.

Director Kohl Harrington states, “I made this film because I believe every consumer has a right to know exactly what’s in the products that they are purchasing. Consumers have a right to question the products they are buying and demand transparency from the companies regarding quality, sourcing, and long term health effects.”

The filmmakers have teamed up with GATHR for nationwide theatrical on demand screenings. Health focused pet food stores across the country are participating in the on demand screenings, urging pet owners to think about the quality and species appropriateness of the diets they are feeding to their dogs, cats, or any animal for that matter.

On Jan. 10, 2017, PET FOOLED will be available on VOD platforms worldwide. iTunes and Vimeo are projected to be successful opportunities for viewers worldwide to watch the film immediately on the release date, which many cable providers will carry the film on their VOD platforms as well.

The film was represented by Joe Della Rossa and Nate Greenwald at CAA and acquired by Dan Fisher of Gravitas Ventures. The film was produced by Michael Fossat.

To purchase tickets, click here: PetFooled Hartford Showing, Your credit card will not be charged until the showing has been confirmed.
The trailer of the film can be viewed here: https://www.youtube.com/watch?v=2eVoicSHimI