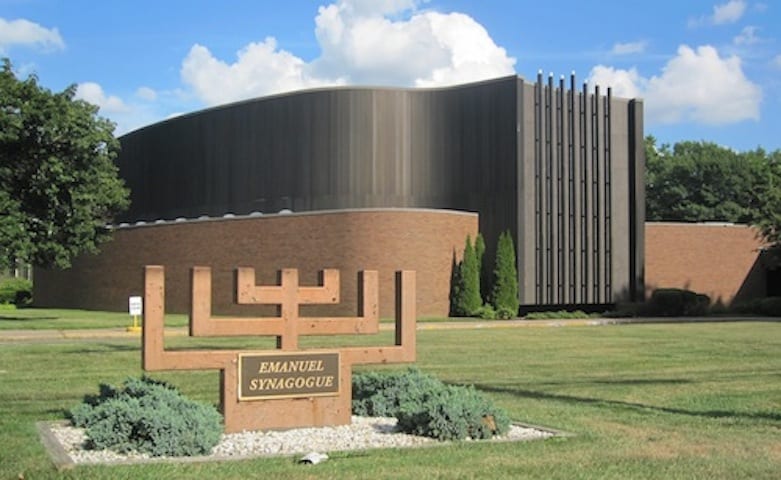 West Hartford Police have been investigating unusual behavior by two women who visited The Emanuel Synagogue Saturday as well as the ‘Fire on Ice’ celebration in Blue Back Square on Sunday. 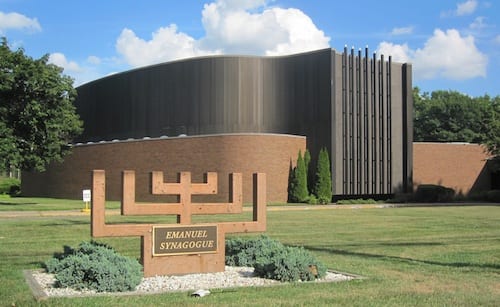 West Hartford Police said they have identified two women who exhibited somewhat unusual behavior at a service at The Emanuel Synagogue on Mohegan Drive in West Hartford on Saturday, but at this point have no reason to detain them.

“We’ve identified who they are, and they’ve done nothing wrong, nothing illegal,” Lt. Ted Stoneburner said Wednesday. He did not identify the women by name, but said they are from Bloomfield.

The concern arose because of the behavior of the women after they were welcomed as visitors and asked some basic questions.

Emanuel Synagogue President Dr. Sheila R. Silverman wrote in a letter to members of the congregation Monday afternoon that two women “wearing headscarves and caftan robes” arrived at the synagogue on Saturday toward the end of Shabbat services and sat near the front of the sanctuary.

The visitors were greeted at the end of the service by Ritual Director Moshe Pinchover. Rabbi David Small, and Hazzan Sanford Cohn, and were invited to stay for the kiddush that followed the service. Silverman said in her letter that the visitors were “asked some basic questions about where they were from and their interest in us. They gave vague and conflicting answers about where they were from and left shortly thereafter.”

The combination of several things about the women’s behavior aroused concern, Small said.

The fact that they arrived only at the end of the service, and sat prominently near the front was kind of unusual, he said.

“We invited those who wanted to rise for a memorial prayer to victims of attacks – all victims – and they did not elect to stand,” Small said. However, he said that could have been because they did not want to pray, just to observe.

“We routinely greet and welcome visitors,” Small said. “We have many visitors, of all faiths, and we welcome them on a routine basis,” he said. The two women were not only greeted, but were also invited to stay for lunch after the service, Small said, which is also customary.

Although the women told the ritual director that they came to the synagogue because they were “curious,” Small said that they would not say who they were, where they were from, or provide their complete names. “They gave two-word responses, very vague. That made me uncomfortable,” he said.

The women left abruptly and did not appear as if they were really there for the reason they said they were. “It was almost like they were there to be seen, but not to relate to us,” said Small. His concern was not prompted by the fact that the women appeared, or their appearance, but their conduct. “It was what they didn’t do,” he said.

The Emanuel wanted to take reasonable caution and reported the out-of-the-ordinary behavior of the two women to West Hartford Police. As a precaution police provided onsite security for a Saturday evening concert.

While nothing unusual occurred at the concert, the same two women reportedly also attended the “Fire on Ice” celebration of the first night of Chanukah that was sponsored by Chabad of Greater Hartford and held at Blue Back Square in West Hartford on Sunday evening.

“We are speaking with the Jewish community and providing extra attention and protection,” Stoneburner said. He said that police have been in contact with the leadership of the Jewish Federation.

“While we are not racially profiling the women, we are profiling their actions,” said Stoneburner. “Things were a bit off,” he said of the women’s behavior and responses to questions from police.

Stoneburner said that police have no legal reason to detain the women and that their behavior was unusual but neither illegal nor criminal. However, he added, “We are doing everything we can within the confines of the Constitution.”

Silverman told congregants in her letter that police have encouraged everyone to be “calm but vigilant.”

“Please be assured that I take this responsibility very seriously and will update you as soon. While I want us to continue our practice of welcoming and courtesy to all, safety is my primary concern,” Silverman wrote in her letter.

Small reiterated Silverman’s advice in an email to congregants later Monday, outlining some additional security measures the synagogue is putting in place that are consistent with advice from West Hartford Police and the Anti-Defamation League. He assured parents that “it is fine to bring your children to Religious School.”

“Due to national, and worldwide, events we are all in a heightened state of concern and awareness. As such, law enforcement has encouraged citizens to call if they see something that is out of the ordinary.  This is exactly what happened over this past weekend,” Stoneburner said.

Police will continue to investigate all leads, said Stoneburner.

Small said that some people are very nervous, but at the same time it is part of The Emanuel Synagogue’s persona to be an open place. “We need to maintain people’s spirits and stay focused on what’s important,” he said.

“In politics there are people trying to take advantage of fears, and I object to that. There’s a difference between being careful and being hateful,” Small said.

“It’s smart to be careful, but you shouldn’t be hateful,” Small said.

“We welcome visitors of any faith who come in good faith,” said Small.