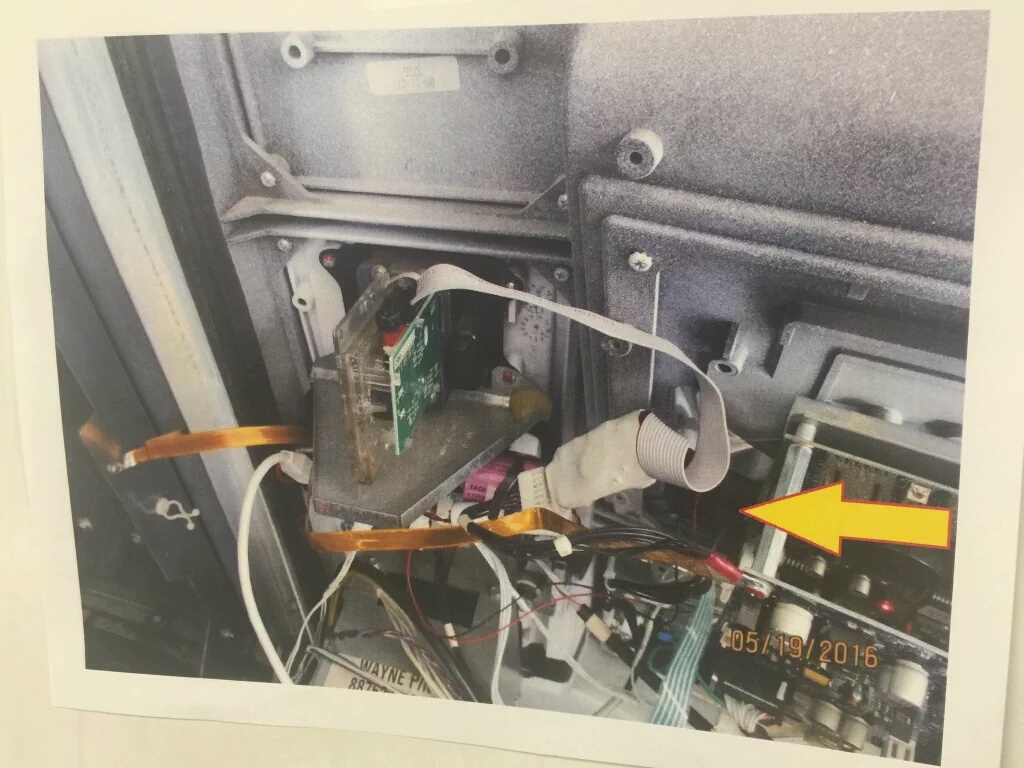 Example of a skimmer hidden inside a gas pump. Public domain image

West Hartford Police were contacted just after 3 p.m. Thursday when a technician repairing a gas pump discovered a skimmer, and are issuing a warning to consumers to look out for the devices.

According to police, management of the gas station, a Sunoco  located at 956 New Britain Ave. in West Hartford, had taken a pump out of service several days earlier due to problems with the operation of the card reader.

Police said that a technician who had been called to repair the machine found the skimming device.

West Hartford Police have seized the device as evidence and are investigating.

Although skimming devices are often hard to detect, police have also issued information about the devices and what consumers should watch out for.

According to West Hartford Police Lt. Eric Rocheleau, there are many types of skimming devices, all of which collect credit and debit card information. Some use Bluetooth or other technology, allowing the information to be retrieved remotely, while others require someone to physically remove the skimmer in order to get the information.

The most common locations for skimmers are ATMs and gas stations, but they can be attached to any credit card reader, Rocheleau said in an email. Skimmers can be placed inside the machine where they are are virtually invisible, or over the faceplate of the credit card machine. The devices that cover the faceplate are still difficult to recognize, he said.

“It is always a good idea to use a business you are familiar with and note any changes in equipment as well as  loose or poor fitting parts. Machines that don’t appear to be working correctly or don’t smoothly accept cards should be reported. Consumers should also look for seals that have been tampered with at gas pumps. When in doubt report it,” said Rocheleau.

West Hartford tech expert David Ryan Polgar was interviewed by NBC Connecticut in 2015 about how consumers can protect themselves from the devices.

More information, including images of what some of the skimming devices look like, can be found in this article by internet and security news expert Brian Krebs.