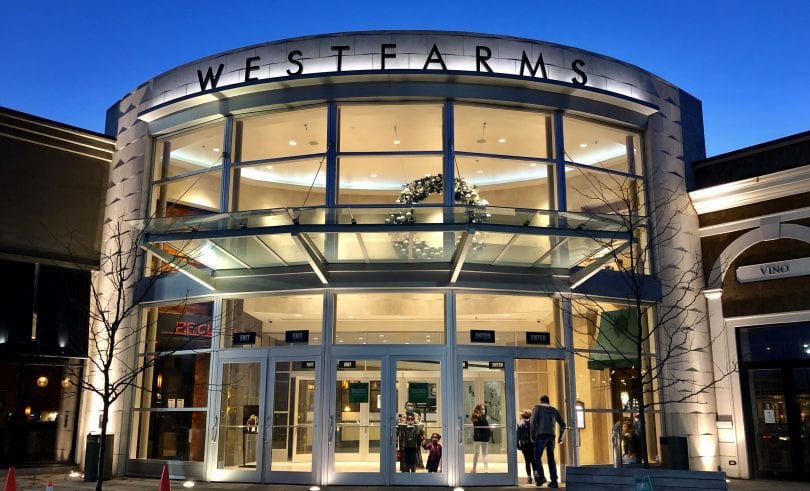 West Hartford Police said they had been called to Westfarms to investigate a bomb threat Wednesday evening. [Updated, 10:30 p.m.]

West Hartford Police issued a statement late Wednesday night regarding the large police presence at Westfarms earlier in the evening.

According to West Hartford Police Capt. Michael Perruccio, police were dispatched to Westfarms at 6:21 p.m. to investigate a bomb threat. Details of how that threat was received was not provided.

A complete search of the mall was conducted, Perruccio said. “Nothing suspicious was located and police will be following up regarding the nature of the original complaint,” he said.

Westfarms was scheduled to close when the threat was received “and that process was hastened,” Perruccio said.

Some nearby streets were also closed down temporarily while the investigation was taking place, he said.

A spokesperson for Westfarms said at 8:40 p.m. that all police have departed from the property and the scene has been cleared.

Police have not yet provided details about the nature of their investigation.

West Hartford Police have confirmed that there is an “active police investigation” underway at Westfarms, which spans the West Hartford and Farmington town lines, but as of 7:30 p.m. have not released any details.

Police said the public should “avoid the area.”

Reports on social media indicated that entrances to Westfarms had been blocked off by police at roughly 7 p.m., which is which is when the shopping center normally closes on Wednesday nights.

No official confirmation could be obtained regarding the nature of the investigation.