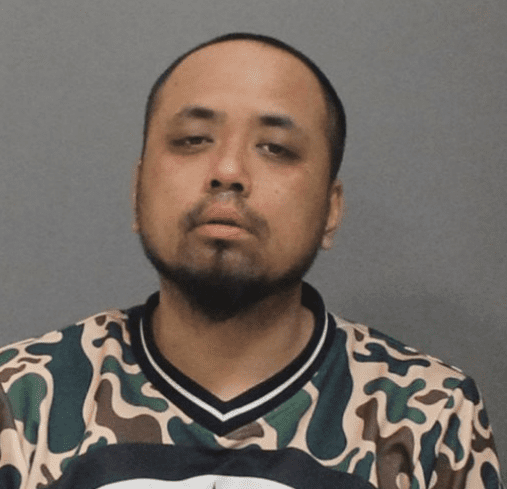 A man who allegedly robbed a Dunkin’ Donuts and the Gold Roc Diner at gunpoint this week was taken into custody by West Hartford Police after he ran out of gas and was throwing an empty gas can at motorists in Farmington.

A New Britain man has been arrested on multiple charges in connection with the armed robbery of two West Hartford establishments this week, the Dunkin’ Donuts at 1253 New Britain Ave. and the Gold Roc Diner at 61 Kane St.

Police said they responded to a report of a robbery at the Dunkin’ Donuts at 10:21 a.m. on Tuesday, March 13. According to police, the suspect implied he had a gun, and threatened patrons and the cashier while demanding money from the register.

Police said the suspect left the shop with an undetermined amount of money.

Police said they also were able to obtain video surveillance from the Dunkin’ Donuts, which was shared with with other area police departments along with the other details.

Police said that early Wednesday morning, at 3:14 a.m., a suspect matching the same description robbed the Gold Roc Diner in West Hartford at gunpoint. According to witnesses, the suspect’s vehicle also matched the description of the vehicle used in the Dunkin’ Donuts robbery.

West Hartford Police again shared the information with departments throughout the area.

When Farmington Police responded to a report of an “unruly disabled motorist” who was throwing an empty gas can at passing motorists in the area of Birdseye Road, they determined that the motorist, who had run out of gas, matched the description of the armed robbery suspect. The vehicle matched the description as well, police said.

The suspect was identified as Phiron Noun Mann, 34, of Jerome Drive in New Britain. Mann also had outstanding warrants for his arrest, police said. Court records show that he had been charged with first-degree harassment, a Class D felony, for a September 2017 incident.

West Hartford Police and detectives took Mann into custody Wednesday and seized his vehicle. A BB gun was found in the car, police said.