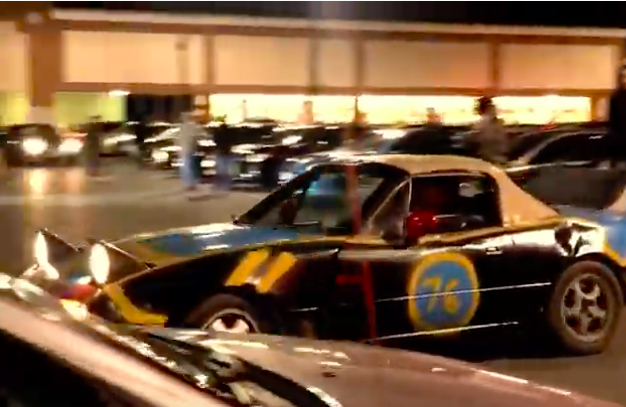 The participants were asked to leave, moved to another parking lot in West Hartford, and then a third parking lot in town, before dissipating for the evening.

According to Perruccio, the car meet – a gathering of car enthusiasts – was organized through the Facebook group “CT BMW N5X.” Administrators provided live updates through the page to group members regarding the place and time to meet.

Perruccio said police asked the participants in the car meet to leave the former ShopRite parking lot, and they did so willingly. The only incident was when two vehicles that had been part of the car meet were involved in minor crash at New Park and Prospect avenues, he said, and that incident was investigated by Hartford Police.

West Hartford Police soon learned that participants in the car meet did not leave town, but rather relocated to 503 New Park Ave., the parking lot in front of Home Depot and BJs. Managers from both stores contacted police and requested assistance asking the group to leave.

The participants once again departed at the request of the police – but still did not leave West Hartford, Perruccio said. They regrouped in the parking lot at 1501 New Britain Ave. in Corbin’s Corner. Once police asked them to leave that location, no further reports of the car meet continuing in West Hartford were received.

“This occurred in various other places in the Capitol Region,” Perruccio said. “They were looking for a place to park,” he said, and several other towns reported similar occurrences.

While there had been reports of noise that sounded like cars racing, Perruccio said police did not find evidence of racing taking place.

There was no damage reported in any of the parking lots, and no crimes committed or arrests made, Perruccio said. The drivers were asked to leave, however, because the group did not have permission to use the parking lots, which are all private property, for their car meet.

“They must request permission from the people who own the property,” Perruccio said. And, he added, “They must abide by all state, federal, and local laws, including motor vehicle laws.”