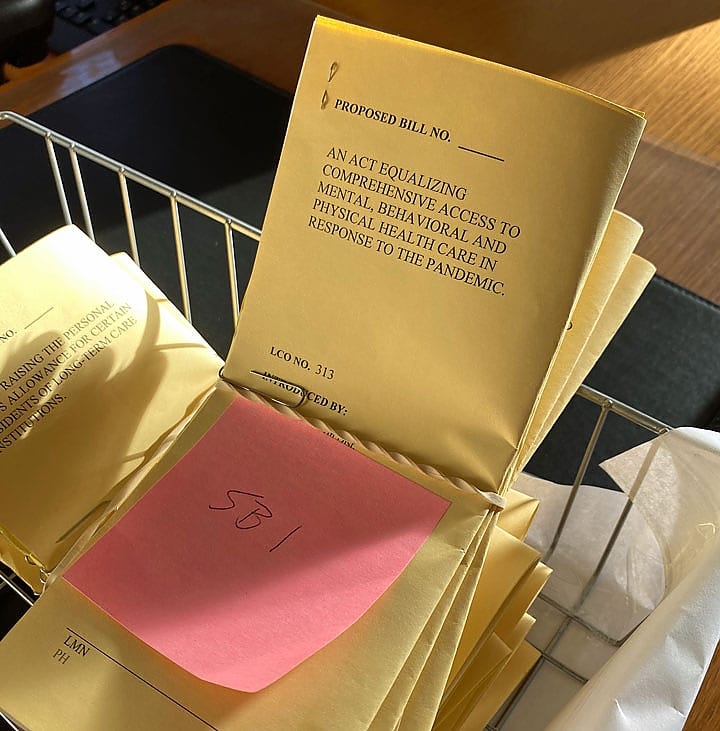 Rep. Jillian Gilchrest, D-West Hartford, said the legislature will consider codifying some of the governor’s executive orders, such as the one that allowed insurance companies to be reimbursed for telehealth visits.

Getting legislation introduced during a pandemic when the state Capitol and Legislative Office Building are closed is not easy and it’s slowed the introduction of pre-filed bills, which would usually start being filed in December.

As of Monday evening there were 10 bills in the House and 19 bills in the Senate. Pre-pandemic, there would be hundreds of bills pre-filed in the queue before being released electronically on the opening day of the session.

But this year is anything but typical.

When the General Assembly opens its 2021 session Wednesday, all the legislation that has been written will be available on cga.ct.gov. Until then, it’s in paper form in the offices of the House and Senate clerks in a building that’s been closed to the public since last March.

Some of the legislation that’s been filed includes things like “An Act Concerning the Copying of Public Records Under the Freedom of Information Act,” which would allow people to take a photo or electronic scan of a document free of charge, and “An Act Designating a Portion of Routes 68 and 70 in Cheshire As a Bikeway.”

There are also bills that would prohibit the sale of vaping products within five miles of a school and one concerning access to absentee ballots.

Others address the pandemic, like the one filed by Rep. Lezlye Zupkus which would limit the “duration of a renewal of the Governor’s declaration of a public health emergency or civil preparedness emergency in the event of a state-wide pandemic.”

Senate Bill One – the top priority for the Senate Democratic majority – will be “An Act Equalizing Comprehensive Access to Mental, Behavioral, and Physical Health Care In Response to the Pandemic.” 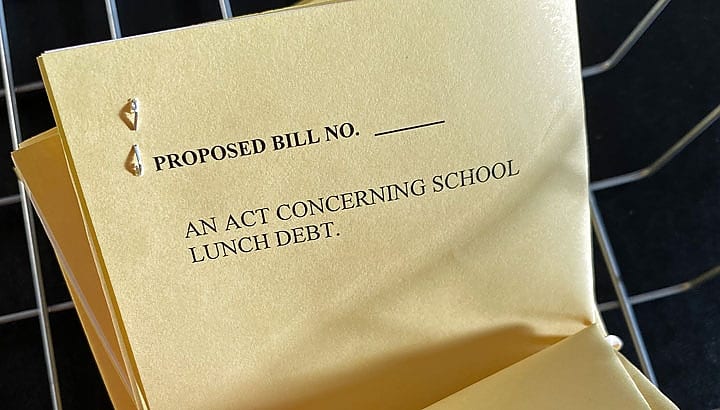 The bill is expected to be a vehicle for several health care initiatives, such as telehealth.

Rep. Jillian Gilchrest, D-West Hartford, said Monday that they are looking at codifying some executive orders like the one that allowed insurance companies to be reimbursed for telehealth visits.

Sen. Kevin Kelly, R-Stratford, said he’s looking forward to the legislative session even though Republicans are in the minority, “because it’s a way to get that middle-class voice to the table.”

Kelly said they also want a say in how the second round of federal coronavirus relief funding is spent and they want to make sure it goes to the people who are the most impacted.

“We would love to have a seat at the table and decide where that money is appropriated because it didn’t happen the first go-round,” Kelly said Monday.

In addition to the pandemic and codifying Gov. Ned Lamont’s executive orders, lawmakers are expected to consider a wide range of legislation, from increasing access to affordable housing to legalizing adult use of recreational marijuana and sports betting. None of the pre-filed bills addressed those issues, but lawmakers have until the middle of January to introduce legislation.

The General Assembly also will be expected to craft a new two-year budget and close a multimillion-dollar budget deficit.

Lamont will propose his two-year budget in February.

“The continued rollout of the COVID-19 vaccine, coupled with the recently approved federal stimulus, means our most vulnerable citizens are finally receiving some of the assistance they need,” Lembo said. “However, federal relief efforts have yet to meet the scale of the problem and more assistance will be needed before this crisis is truly behind us. Congress must get back to work immediately to ensure middle- and working-class families are not left behind.”

Lamont will give his budget address in February and public health is expected to be a key part of it. The rest of his policy proposals remain largely a mystery because Lamont’s budget office has yet to make the state agency proposals public.

State agency commissioners submitted their budget proposals to the Office of Policy and Management in the fall. Typically, they would be available to the public in December.