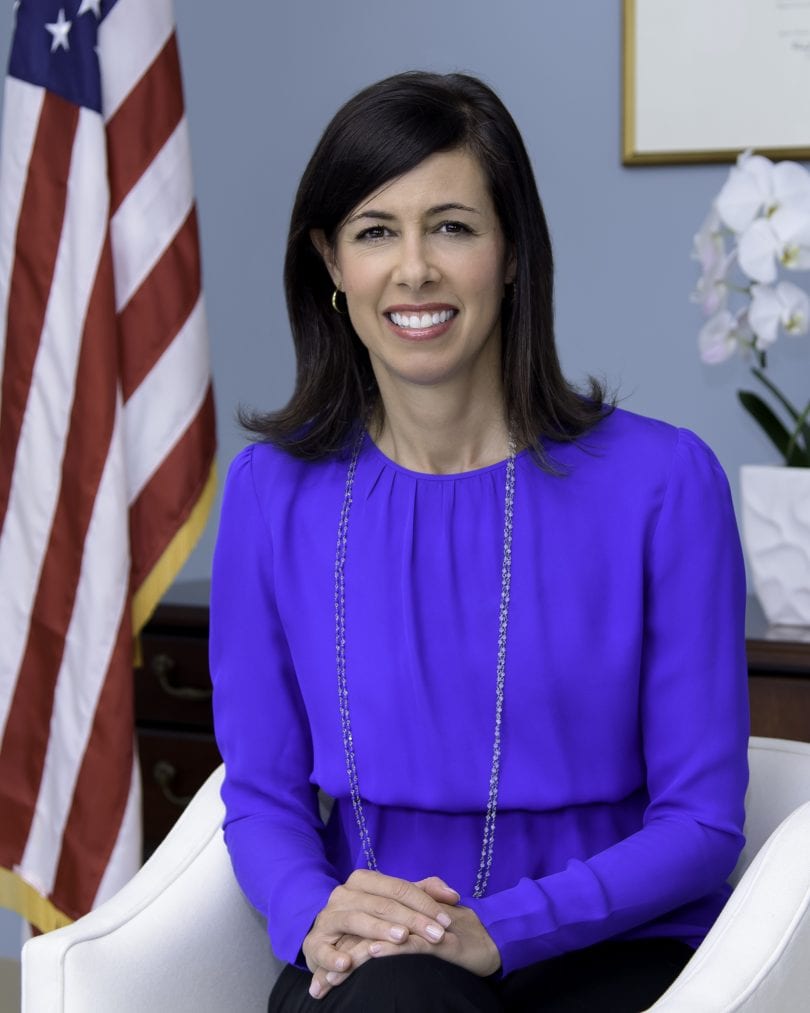 Jessica Rosenworcel, a graduate of West Hartford’s Hall High School, has been named acting chairwoman of the Federal Communications Commission.

“I am honored to be designated as the Acting Chairwoman of the Federal Communications Commission by President Biden,” Rosenworcel said in a statement. “I thank the President for the opportunity to lead an agency with such a vital mission and talented staff. It is a privilege to serve the American people and work on their behalf to expand the reach of communications opportunity in the digital age.”

In remarks to the FCC on Monday, Rosenworcel thanked the president “for the opportunity to lead this great agency at a time when its work is more important than ever before.”

“At Hall High School, Jessica was an extremely intelligent, kind, and humble student who was always very inclusive to all her classmates,” Sue Curnias, one of Rosenworcel’s former teachers, told We-Ha.com. “What stands out to me is her bright smile and positive attitude.”

Liz Devine taught Rosenworcel in AP U.S. History. “She was also in student government when I was the advisor,” Devine said. “What I remember most was her seriousness about her coursework. She did well in all her classes and was active in sports as well as student government. She was well rounded.”

Devine said she also taught Rosenworcel’s brother, Brian, who is the drummer for the band Guster.

In her statements to the FCC Monday, Rosenworcel said that public service runs in her family. Her father is a nephrologist, she said. “For three decades he ran the city’s clinic for hypertension and kidney failure. My mother spent over two decades helping run a soup kitchen. And my grandfather before them served in the United States Customs Service right here in Washington. My great grandfather before that served the public in a different way – he swept the streets of New York.”

Rosenworcel, who has advocated for net neutrality, said Monday that digital equity is currently more important than ever. “As difficult as it is, this pandemic has also demonstrated how important our work is at the FCC. Because as a nation we need connections – physical and digital – that strengthen our mutual bonds. We benefit from communications that reach all and help us work, learn, be informed, enlightened, and entertained. And we need connections that can break down barriers that for too long have held too many back.”

Students need internet access to be able to succeed in the 21st century, she said, and 100% of the country must have access to “open, reliable, and affordable broadband.”

After graduating from Hall, Rosenworcel went on to obtain her bachelor’s degree from Wesleyan University and her JD from New York University School of Law.

According to the FCC, Rosenworcel practiced communications law in Washington, DC, and later served as senior communications counsel for the United States Senate Committee on Commerce, Science, and Transportation, under the leadership of Senator John D. Rockefeller IV and Senator Daniel Inouye.

President Barack Obama first nominated her to the FCC in 2011, and she was nominated to an additional term by President Donald Trump.

Rosenworcel is one of two West Hartford natives serving at a high level in the current administration. Brett McGurk, a 1991 graduate of Conard High School, was named by President Biden as the U.S. National Security Council’s coordinator for the Middle East and North Africa.