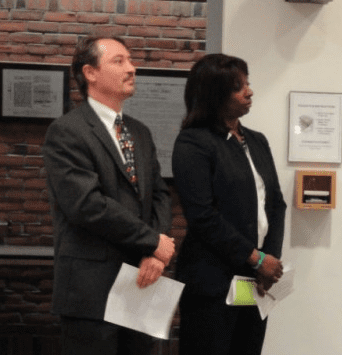 West Hartford Superintendent of Schools Tom Moore has announced several major administrative changes, involving a promotion of one elementary school principal to a district-wide position and transfer of another.

Charter Oak International Academy Principal Mary Thompson will become director of Gifted and Talented for West Hartford Public Schools, taking over for Nancy Eastlake as of July 1. Moore said Friday that Thompson, who has led Charter Oak for the past decade, is an ideal person not only to expand the talented and gifted program throughout the district but to play a major role on the town-wide leadership team.

“Thompson’s experience introducing and piloting the IB program to great success at Charter Oak International Academy makes her uniquely qualified for this position. She will ably lead the department, as we seek to broaden our QuEST programs to not only include more students, but to inculcate many of the characteristics that have made the International Baccalaureate program so rewarding and exciting to students,” Moore wrote in a letter to the Charter Oak community.

Moore also praised Thompson for her work during the planning and architectural phase of the for the new Charter Oak International Academy building that is currently under construction.

Smith STEM School Principal Juan Melián will take over for Thompson at Charter Oak as of July 1.

“Juan has done amazing work at Smith, which is now more than one-third magnet, and I know he’ll also do great work at Charter Oak,” Moore said Friday.

Melián has been principal of Smith for the past four years, but has worked in West Hartford for 18 years, formerly as an assistant principal at Sedgwick and a world language teacher both at Sedgwick and Conard.

“During Mr. Melián’s time at Smith, he has created a partnership with the Connecticut Science Center and helped to make his school a very popular choice for families who reside all across the district. In my discussions with him, Mr. Melián’s excitement at the opportunity to open a new school with an International Baccalaureate accreditation is palpable. Families and staff will find him to be an approachable leader who wants to be a vital part of their community,” Moore wrote in his letter to the Charter Oak community.

Moore said that Director of Human Resources Rick Ledwith will lead the process of naming a new principal at Smith STEM School, and those discussions will begin next week.