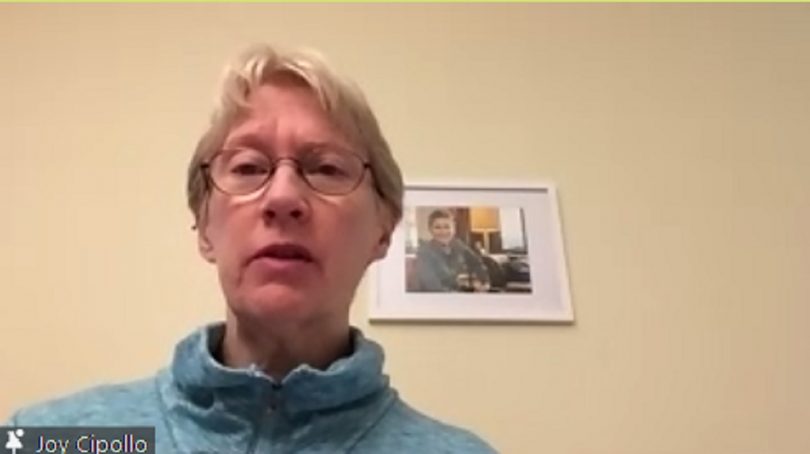 The wife of Kim Hoffman, a former social worker and tennis coach at West Hartford’s Conard High School who had been an advocate for the legislation until her death from ovarian cancer earlier this year, was one of those who gave emotional testimony Wednesday.

Connecticut lawmakers heard a procession of emotionally bruising testimony Wednesday during this year’s public hearing on legislation that would give terminally ill patients a legal option to end their own lives with doctor-prescribed medication.

The concept, alternatively called aid-in-dying and assisted suicide, has been raised in some form by state legislators more than a dozen times but has stalled before seeing a vote in either chamber.

The issue was especially raw for many supporters due to the recent death of Kim Hoffman, one of Connecticut’s most vocal advocates for the legislation. Hoffman died in January after a more than eight year struggle with terminal cancer. Before the hearing, Hoffman’s spouse, Joy Cipollo, said her wife was only 59 and lingered at the end of her life.