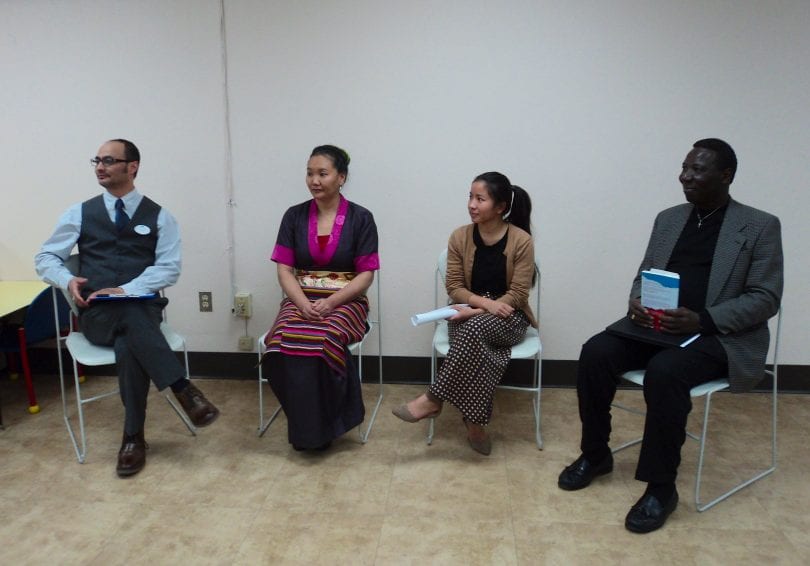 Refugee and immigration issues were the topic of a panel discussion attended by approximately 50 people Saturday at the Faxon Branch Library in West Hartford. 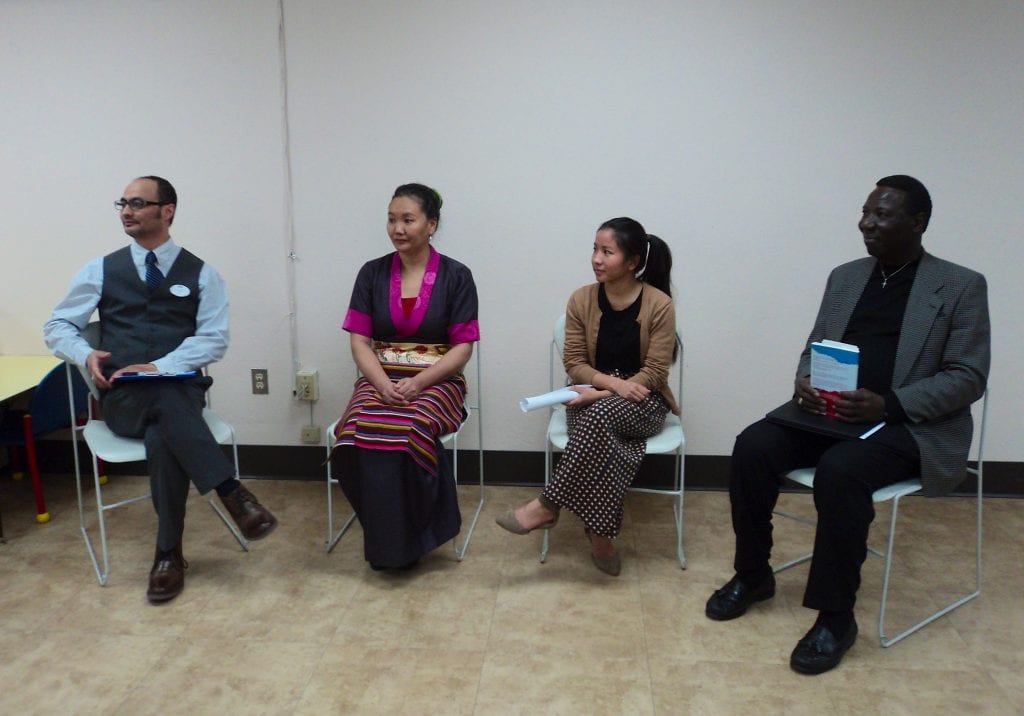 West Hartford has the highest number of Nepalese people in the state according to West Hartford Community Engagement Librarian Pramod Pradhan – and the 73 languages spoken by students in West Hartford Public Schools are testament to the large number of immigrants from many other countries as well.

Pradhan, who previously worked at the Hartford Public Library before his recent hire in West Hartford, organized a panel on refugees and immigrants – issues that are close to his heart. Pradhan is an immigrant from Nepal who came here in 2004.

Approximately 50 people attended the panel, held on March 11 at the Faxon Library. Panelists included Lhakpa Sherpa, an immigrant who holds the distinction of having climbed to Mount Everest’s summit a record seven times – the most of any woman. She was joined by Marc-Yves Regis, a photojournalist, poet and Haitian immigrant, and Aiti Rai, a Bhutanese-Nepalese refugee and student at Manchester Community College.

The panel discussion was also held as part of West Hartford’s “One Book, One Town” initiative, helping bring to life the themes that the entire community has been reading about in this year’s chosen book, Of Beetles and Angels. The selected book tells the true story of a young boy’s journey from civil war in east Africa to a refugee camp in Sudan, to a childhood on welfare in an affluent American suburb, and eventually to a full-tuition scholarship at Harvard University.

Rai, who is studying to be a lawyer and interning for a state legislator, spent her first 16 years in a Nepalese refugee camp. Pradhan also introduced her as an accomplished poet and a folk dancer.

Sherpa said she never went to school in Nepal and never learned to read or write. Yet, she’s climbed Mount Everest seven times and is going for an eighth this year. She said she was looking for someone to help her write a book about her experiences and already a film will document her eighth Everest climb. She comes from a village of 7,000 people and a family of 11 siblings. Sherpa settled in West Hartford where she lives with her two daughters.

“Coming to the United States is exciting. Each member of your family has one suitcase and is nervous because you don’t know anyone,” said Pradhan.

“We had no other choices in Nepal,” said Rai. “This country is known as dreamland, the land of opportunities.”

Regis said, “So many Haitians die trying to come to America.” He also said that language and culture barriers make it difficult to adjust for the ones who make it in to this country.

Pradhan said that suicide rates spiked among refugee and immigrant populations because once they resettle here they feel isolated and like no one understands them.

The panelists were asked how people in Connecticut have reached out through organizations to immigrants and refugees. A woman in the audience mentioned Hello! West Hartford, an organization with the mission of welcoming and inclusion of people from other countries. Hello! West Hartford will hold its annual celebration on April 24, and more information can be found on the organization’s website,  www.hellowesthartford.org.

Other resources mentioned during the panel discussion include CAIR CT www.cair-ct.com which focuses on Muslim refugees and immigrants, and CT Students for a Dream (www.ct4adream.org).

Mayor Shari Cantor also attended and spoke to the audience.