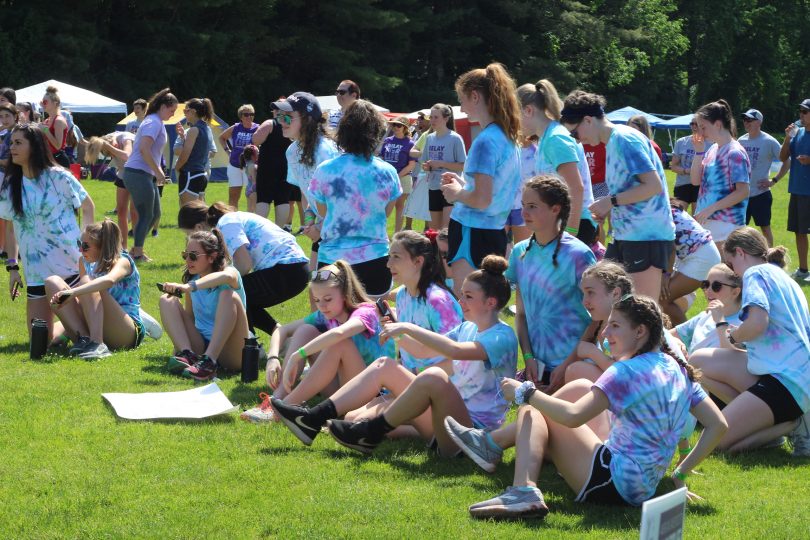 On Saturday at Northwest Catholic High School in West Hartford, relay-ers walked the track and raised money to support the American Cancer Society at Relay for Life. 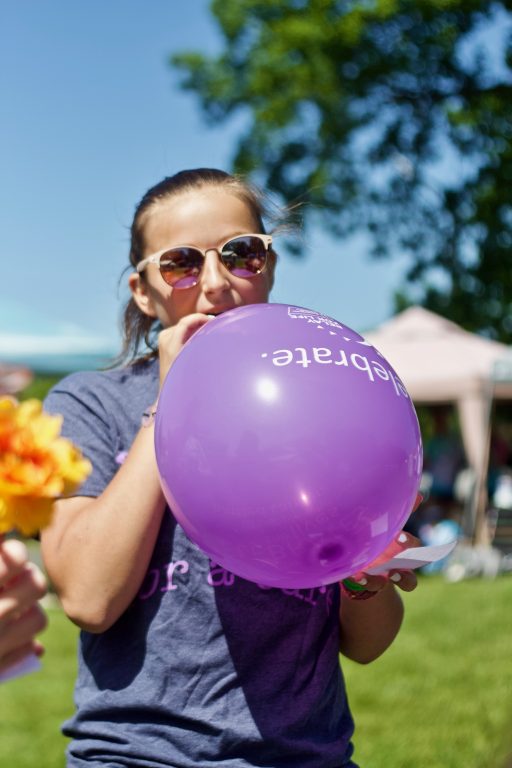 Saturday was a big day for participants in West Hartford’s annual Relay for Life, an event celebrating cancer survivors, honoring those who did not win their fight, and raising money in support of the American Cancer Society and cancer research.

The event at Northwest Catholic High School in West Hartford raised a total of over $61,000 this year for cancer research with the help of 40 different teams.

This year’s kickoff speaker was caregiver Susan Myers. Her son, Doug, lost his battle with cancer in his junior year at Conard High School. Since then, she has dedicated her life to cancer research and being an advocate for cancer patients. She has come back to Relay for Life of West Hartford every year with her team “Doug’s Hugs,” honoring her son and fighting for a cure.

In her opening ceremony speech, Myers informed the crowd about all the ways the money they are raising will be used. Not only do the donations brought in go to cancer research, but they also fund things like facilities for patients to stay at during treatment, and transportation to and from appointments. Supporters can even volunteer to help out with these things, in more ways that just raising money for Relay every spring, Myers said.

Myers talked about the little things that can actually make a huge difference, such as driving a patient to their chemo treatment so that they don’t have to feel like they are burdening a family member.

Myers had three things to ask the audience in her speech. First, “invite somebody to relay next year. Tell them why you come, what’s in it for them.” She emphasized the importance of not only us showing up every year, but also bringing more and more people into this Relay community, showing them why it’s so important.

Second, “find out how else you can do more, if you can just latch onto one topic, one thing that you can share with people about the American Cancer Society” it can make all the difference.

Third, she urged the crowd to donate, even if it was just one of the $10 forms they give out at the event. She stressed how “critical” this was –  saying, “if we don’t support [research], we aren’t going to get the stellar results that we know we need.”

To the younger members of the crowd, Myers left them with some food for thought. “Hopefully in your generation, you won’t know anybody who has cancer other than survivors,” she said. “That’s my wish for you.”

Myers’ speech was followed by the reading off the names of all 40 teams, and a lap to kick off the day (and night!). Eye of the Tiger blasted through the speakers, empowering walkers for the long hours ahead of them. Without a doubt, this starting ceremony showed how inspiring and fun the night that lay ahead would be.

Later on in the afternoon, Relay participants lined the track for a survivor’s lap, where they cheered on survivors as they made their way around, with uplifting music playing in the background.

The annual luminaria ceremony took place that evening. Luminaria bags that participants decorated were placed around the track. Each white paper bag had been carefully and lovingly dedicated to honor a loved one lost to cancer, cheer on someone currently battling, or congratulate a survivor. Candles lit up the luminarias so that they glowed with the support of those who had made them.

Relay-ers took a silent lap around the track as all of the names on the bags were read over the loudspeaker. The candles burned all night long to light the way for overnight walkers.

Almost all of West Hartford’s schools were represented in some way at Relay this year, whether it be by kids running around in the field, or by the high school and even middle school teams fundraising.

Northwest Catholic’s team, Northwest Nation, was the number one fundraiser at this year’s Relay, coming in at $10,500.60. Gabby Alexander and Mary Charlotte Barnes, the team’s two captains, shared their passion for Relay and why they do it every year. Northwest Nation holds fundraisers throughout the year, including two ice cream socials held by their sponsor, J. Foster Ice Cream. Their team had 45 students this year, the biggest club at Northwest Catholic, said Alexander.

Barnes relays for two of her grandparents, and Alexander for her childhood best friend. Both said they were “very excited to join” when they saw how involved Northwest was in the event and are keen to lead the team again next year as seniors.

A sophomore member of Hall High School’s team, Warriors for a Cure, Riley Dagnall shared her story with We-Ha.com. Hall Principal Dan Zittoun’s daughter, Abby, was recently diagnosed with cancer, and now the team Relays in support of her and her fight with the disease. Dagnall shared the wide variety of fundraisers that Hall puts on in support of the American Cancer Society, her favorite being a trivia night where teachers are determined not only to support a great cause, but to win.

Dagnall is a cancer survivor herself, diagnosed when she was 6 years old. She has been part of Relay for Life of West Hartford since then, and it holds a special place in her heart as she had been on a team with her friend Cayden, another survivor, since then. She loves how “everyone in her school is so supportive” and being on a team with her friends at Hall is her favorite part of the event this year. Warriors for a Cure was the second-place fundraiser with a total of $6,138.65.

Fallon Hemingway, senior team leader of one of the Conard teams, Strength and Luck, started her team three years ago, but had attended her first Relay in 2013 on her neighbor’s team. She said she  “loved the atmosphere” that her neighbor had created on her team, and “wanted to get her friends involved, too.”

Strength and Luck raised $2,582 for this year’s event.

Hemingway relays for her grandfather and uncle, who have passed away from cancer, as well as other family members and a good friend who have been affected. “After seeing my friend go through this, I see how much the money helps that we raise, and I think it’s a great cause,” said Hemingway. “Relay for those who need it.”

The part of Relay that makes Hemingway come back every year, is the “inspirational speeches from the survivors and the caregivers” and she loves “spending time with her friends who have all worked very hard raising money throughout the fundraising season.” Her best Relay memories have occured when relaying around the track late at night with friends, something that many returning walkers would second.

Emma Chipps and Abigail Gamache are two of Relay for Life of West Hartford’s youngest team leaders, both in eighth grade at Sedgwick and Bristow middle schools, respectively. Their team, WeHa Warriors, was the third highest fundraiser this year, collecting $5,829 for the American Cancer Society. They relayed for the first time in 2013, on their parents’ team, and took over from their moms in 2018 for the first time.

Chipps said, “I relay for my aunt who just beat cancer this past year, I relay for my family members who are fighting, who have lost the battle, and I relay for our family friends some who have told cancer to get lost, and some who have sadly lost their lives to it.” Chipps’ favorite Relay memory was the first year that she was allowed to stay overnight at Relay with her dad, and “getting up the next morning for breakfast and walking around the track. … The sun was coming up and it was really pretty, nice, and really serene,” she said.

Gamache relays for her mom, a cancer survivor from around the time they started WeHa Warriors, and “for the people who are continuing to get it and fight” the disease, she said. Gamache’s favorite Relay memory is “the first year they got to see all the luminarias lit up,” because she “wasn’t really expecting it and it was really pretty and meaningful.”

Gamache remarked that her favorite part of the event is “the spirit” of the night, and the fact that “everybody’s here for the same reason.” Anyone passing by the Northwest Catholic track on Saturday night would not be able to deny the spirit that Gamache mentioned, as hope radiated from the late-night walkers and glowing luminaria bags. 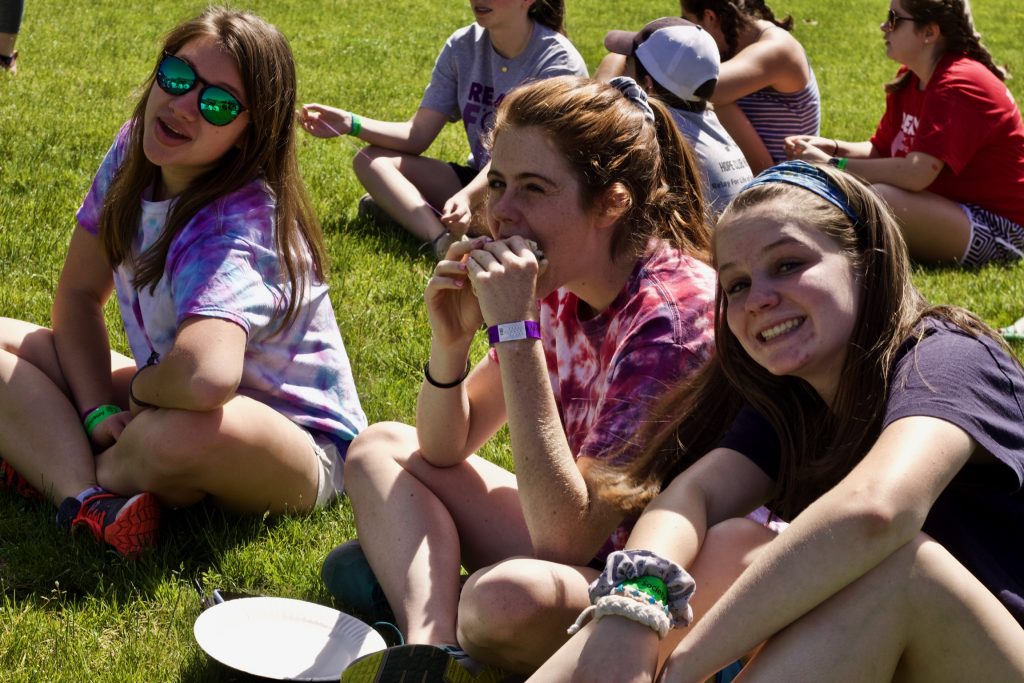 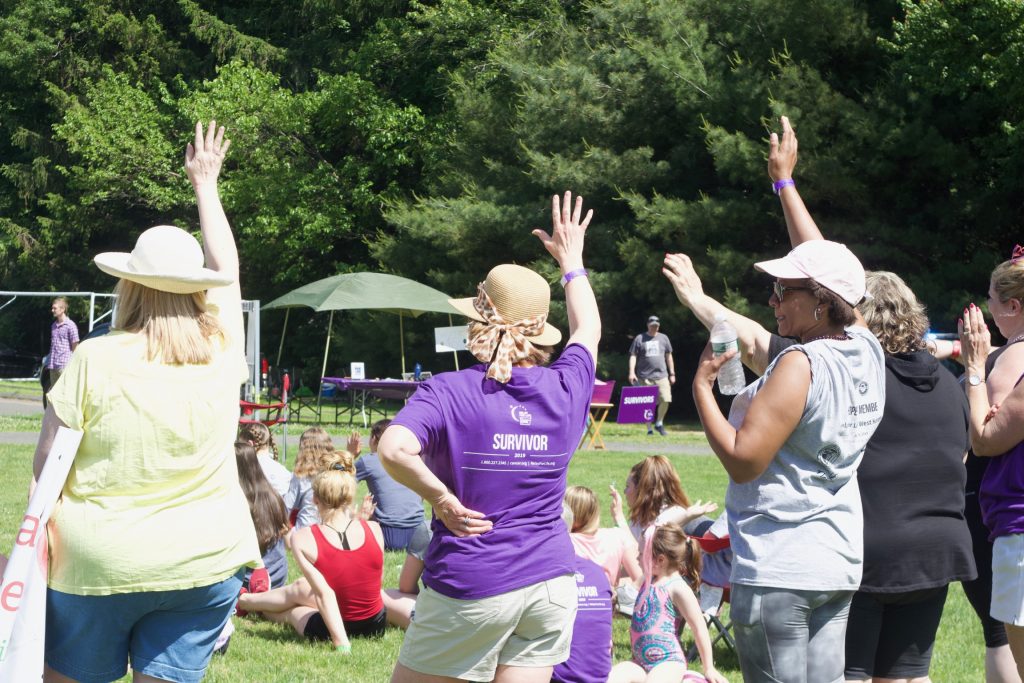 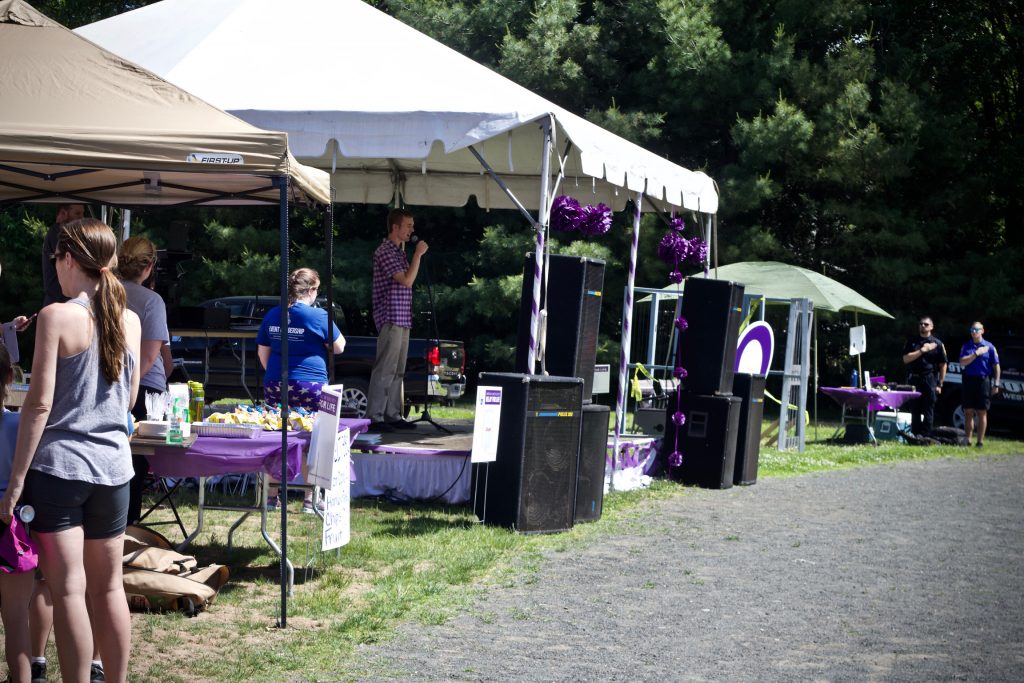 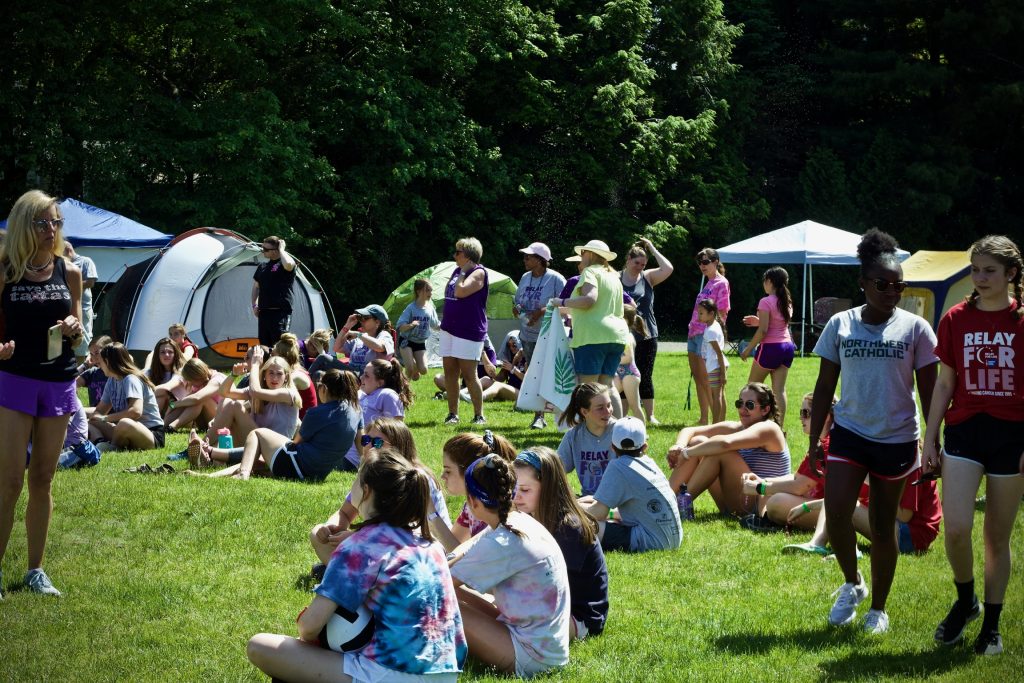 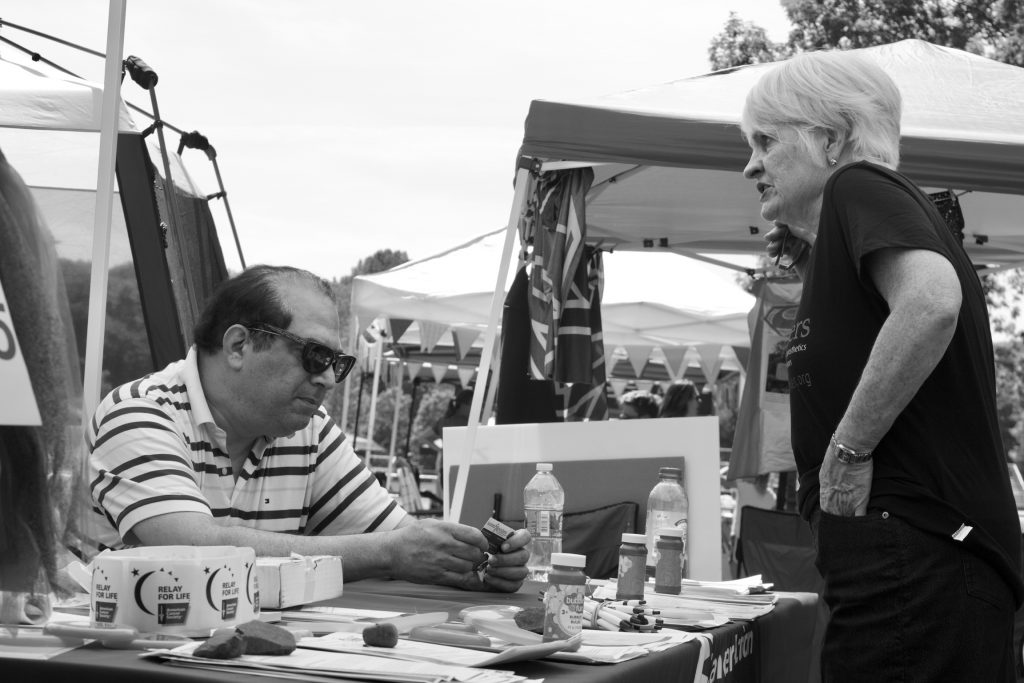 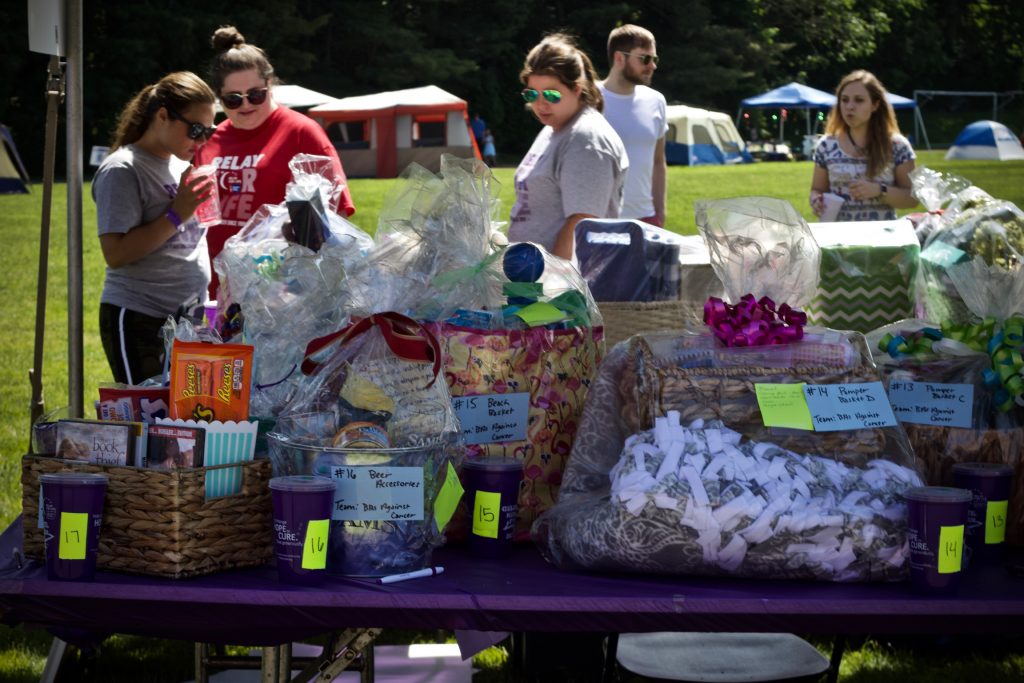 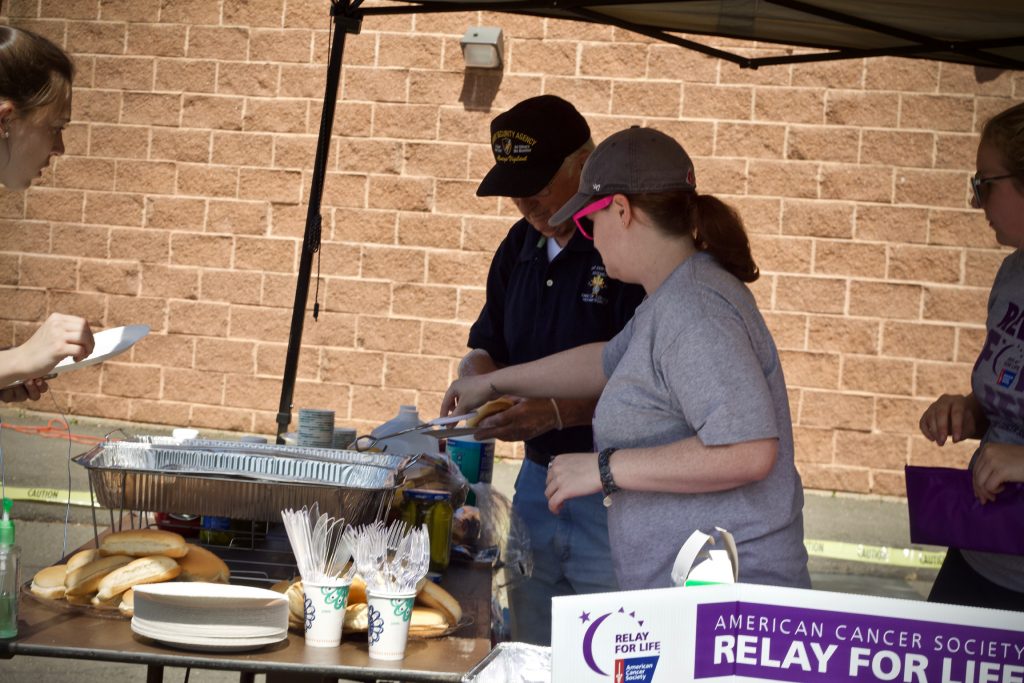 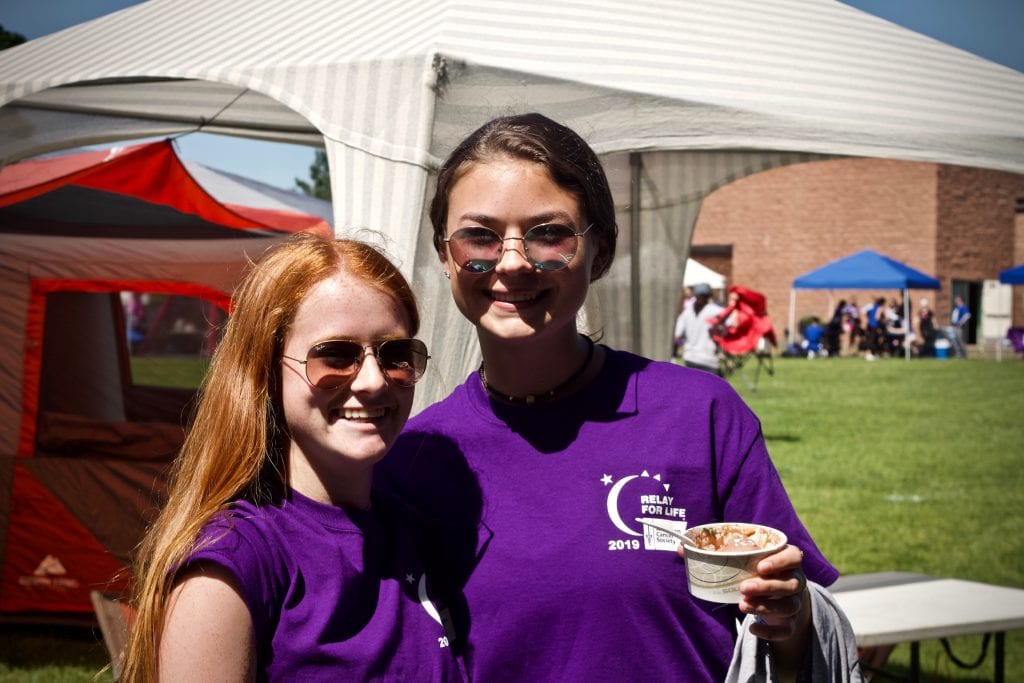 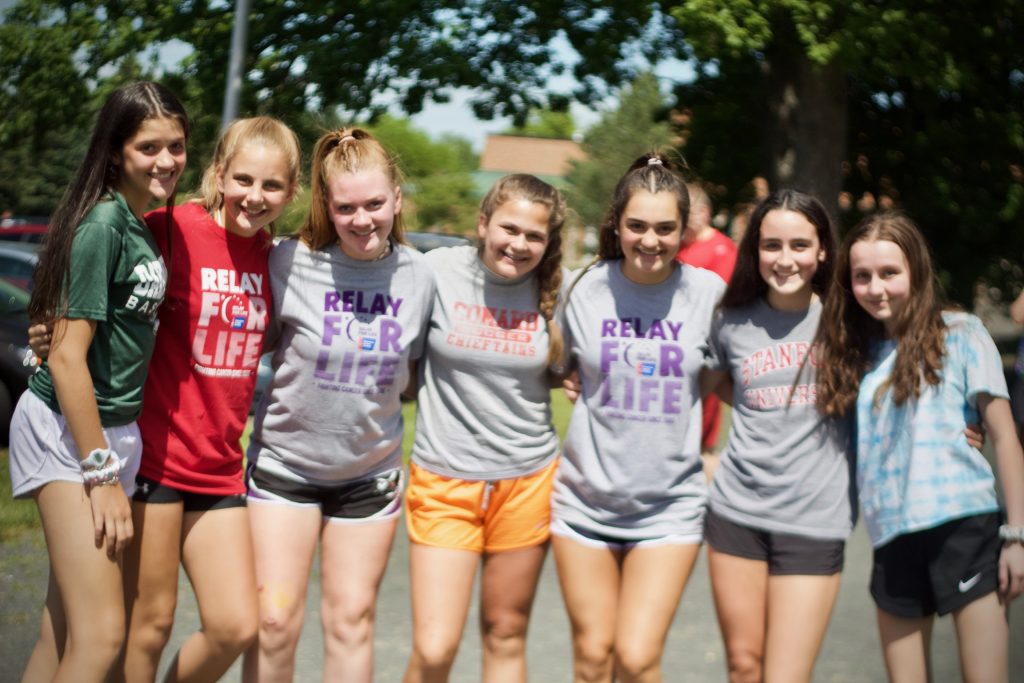 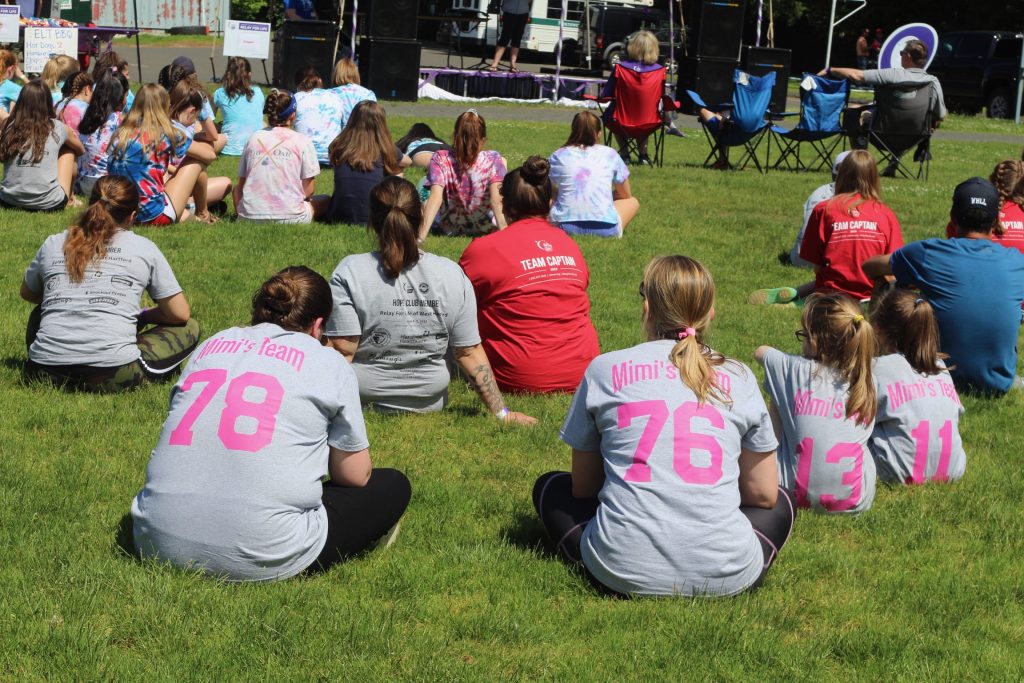 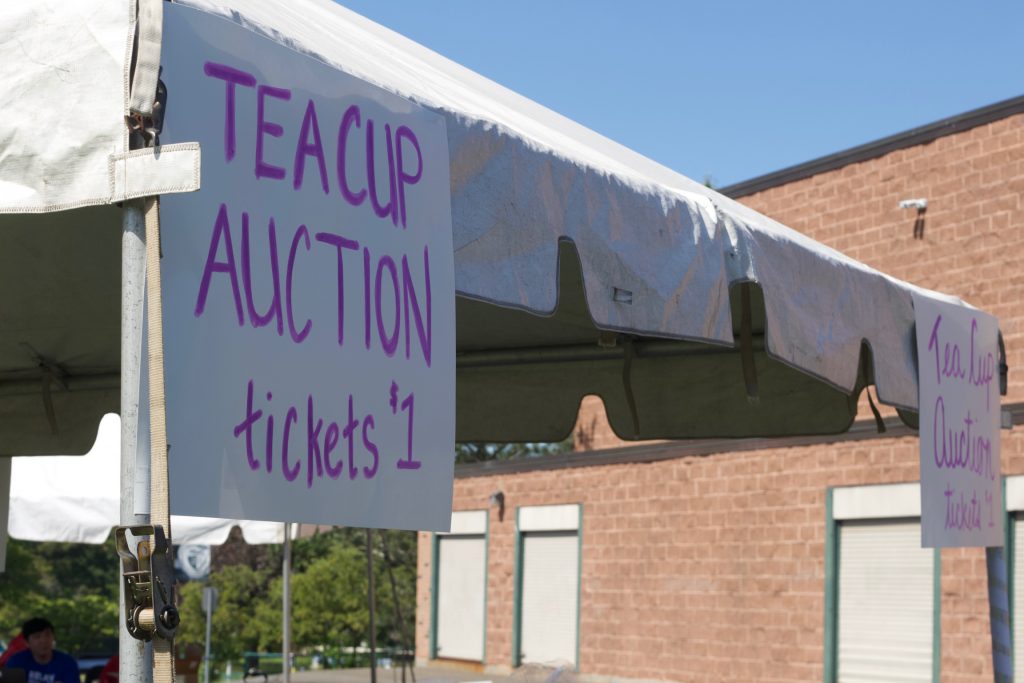