Chef Tyler Anderson, of West Hartford’s Cook & The Bear and Simsbury’s Millwrights, leads the team that brings a globally-inspired restaurant and parlor-style bar to the recently-renovated Goodwin Hotel in Hartford. 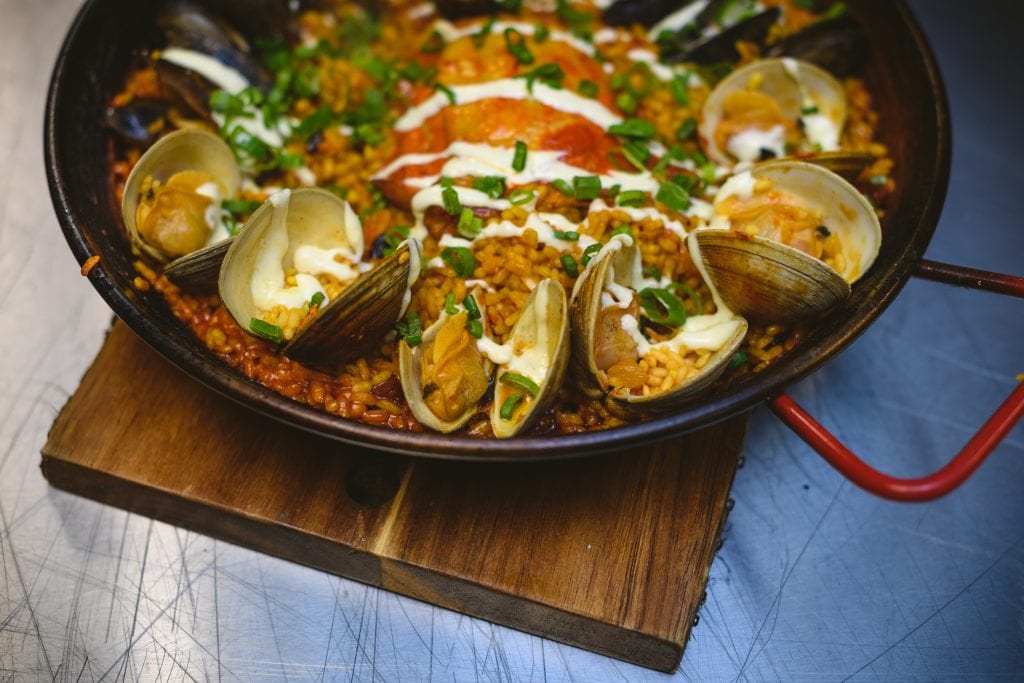 The much anticipated Restaurant Porrón opened its doors to Connecticut’s Capital City on Wednesday, and the equally-anticipated sister operation, Bar Piña, opened Friday at the Goodwin Hotel in Hartford. 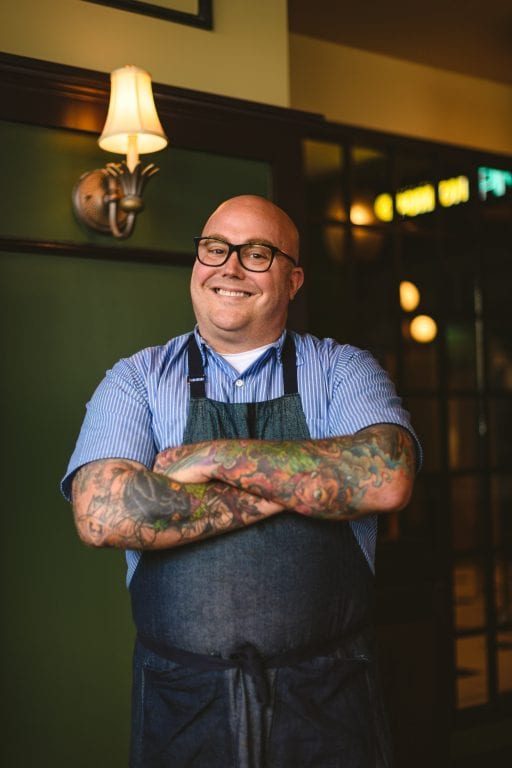 Locals and travelers alike will be able to dine in the Goodwin Hotel’s new signature Spanish-style restaurant. Helmed by nationally renowned Chef Tyler Anderson, and his all-star team – many of whom are behind the success that is Millwright’s Restaurant and The Cook & The Bear – promise to bring local flair to the globally-inspired menu.

Restaurant Porrón is a tapas-style restaurant complete with wine room and ham bar, as well as the accompanying craft cocktail bar, Bar Piña. The restaurant features 60 wines by the glass, local draft beer, and an exciting gin and tonic selection.

The tapas-driven menu will allow guests to sample a wider array of items, order a bunch of items to share, or order a la carte Spanish steakhouse-style. The food and service are intended to be elegantly simple and use the highest quality products that Anderson and his kitchen and bar team can procure.

“Restaurant Porrón will make you feel like you have taken a trip and you are right at home, all at the same time,” said Anderson. “Patrons will be privy to an explosion of Spanish flavors – many of which, funny enough, have been harvested right here in Connecticut. You’ve heard of the term Spanglish in the language world? Well, we’re speaking  Span-New Englandish in my kitchen.”

Menu items will include elevated table snacks like marcona almonds and spiced corn nuts, alongside a kale salad and a chopped salad that hat-tip to the regional Iberian cuisine with the additions of manchego cheese and sliced chorizo. Patatas Bravas and Chorizo-stuffed mushrooms are but a couple of the many sides to pull from. The main plates include a knock-your-socks-off smoked saffron paella among other nouveau-traditional Spanish dishes. And, do not forget to leave room for dessert. There are some churro doughnuts with your name on them.

Restaurant Porrón’s sister bar at the Goodwin Hotel opened at 4 p.m. Friday afternoon and will be open until “late.”

A tip to Hartford’s publishing heyday, the colonial-inspired, parlor-style bar is situated on the corner of Haynes Street and Asylum in the heart of downtown Hartford. Piña, which is Spanish for pineapple, was a commonly accepted sign of hospitality in colonial America and elsewhere abroad.

Patrons can sample some of the Spanish-style tapas from Restaurant Porrón just down the hall and enjoy signature cocktails with city views and comfortable leather seating. Anderson is working with mixologist Tim Cabral (The Ordinary, New Haven) in putting together an extensive list of classic, modern and Spanish-inspired drinks. In the coming weeks a boutique doughnut menu will be rolled out for day-timers.

Anderson and his team partnered with Goodwin Hotel Owners Randy Salvatore, founder and owner of Stamford-based RMS Companies and Charles Mallory, chief executive of the Greenwich Hospitality Group (owner of the Delamar West Hartford Hotel), with intentions of bringing a food & beverage program to work alongside the major redevelopment of the hotel, further elevating Hartford’s dining scene.

Anderson’s team includes business partner and Director of Operations A.J. Aurrichio, well-known for currently operating two of the state’s most award winning and talked about restaurants (Millwright’s Restaurant, Simsbury and The Cook & The Bear, West Hartford). Vanessa Tosi, currently of The Cook & The Bear and previously of Consortium Holdings Restaurant Group in San Diego, has been promoted to general manager of Restaurant Porron.

“I am so excited that Tyler Anderson has brought his vision and culinary talents to the restaurant, lounge and meeting venues at The Goodwin Hotel,” said Salvatore. “This will not only serve to elevate the travel experience for our guests at The Goodwin, but will also become a destination for residents and employees from Hartford and all of the surrounding areas.”

Anderson has been nominated for The Best Chef Northeast award from The James Beard Foundation for the past four years (2014-2017). Also, he was named Best Chef in Connecticut (CT) by the CT Restaurant Association (2015). Moreover, he has appeared on several Food Network shows.  Tyler and his team give much of their time to charitable causes including Share our Strength (chef chair, four years), American Liver Foundation, March of Dimes, and many many others.

Restaurant Porrón can be found at 1 Haynes Street in Hartford, CT. Online it can be found at  www.porronandpina.com and on Instagram through the handle @porronandpina. They are currently accepting reservations via opentable https://www.opentable.com/r/porron-and-pina-hartford. To contact the restaurant directly use 860-904-3101. 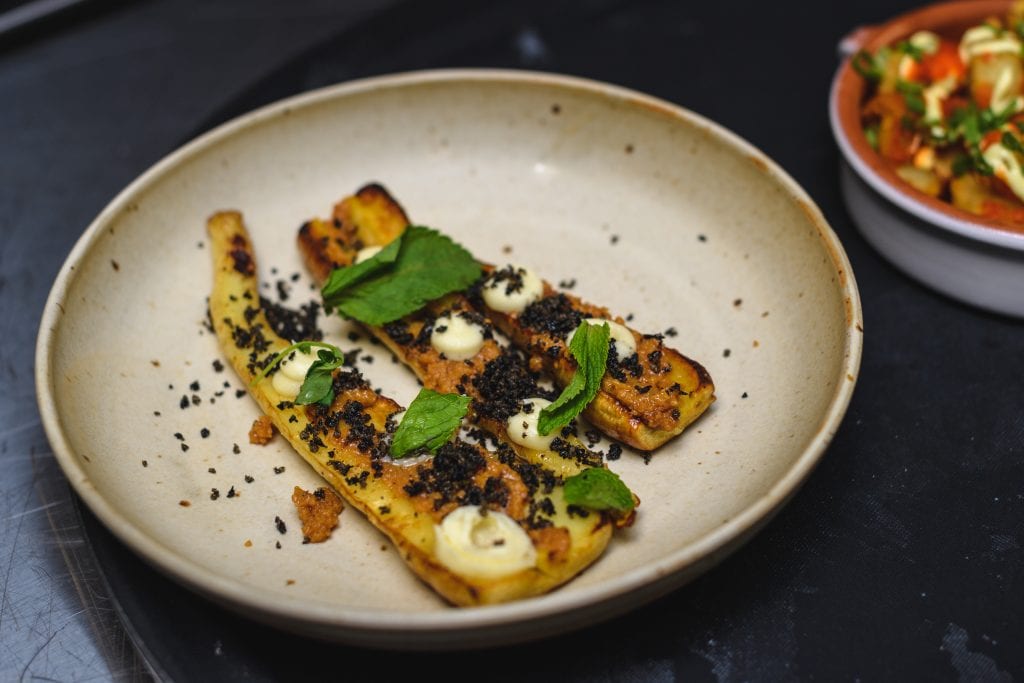 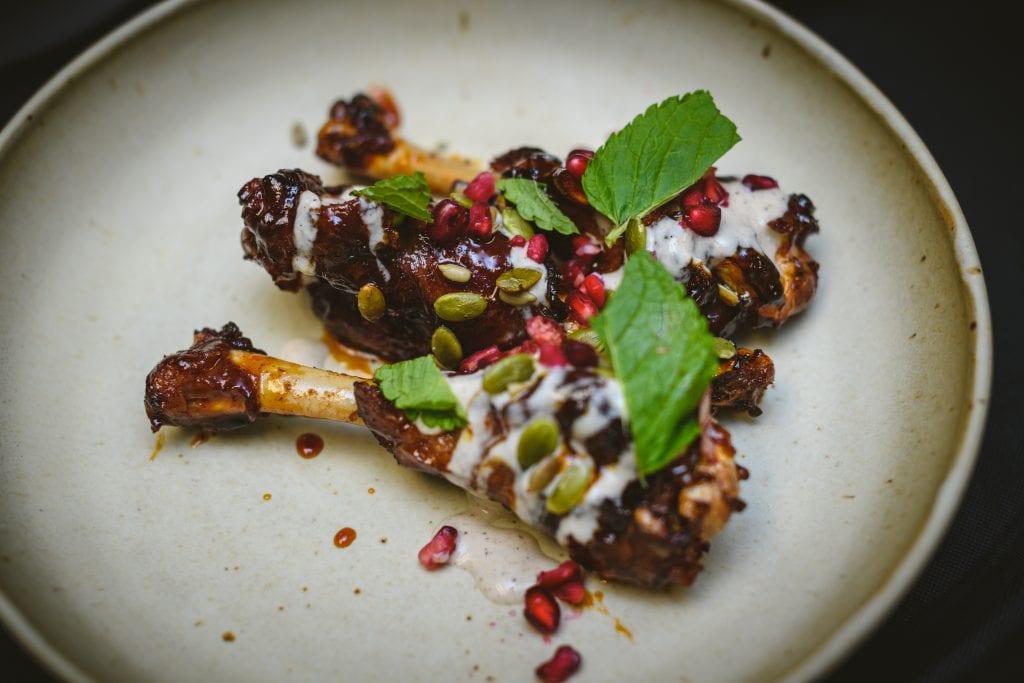