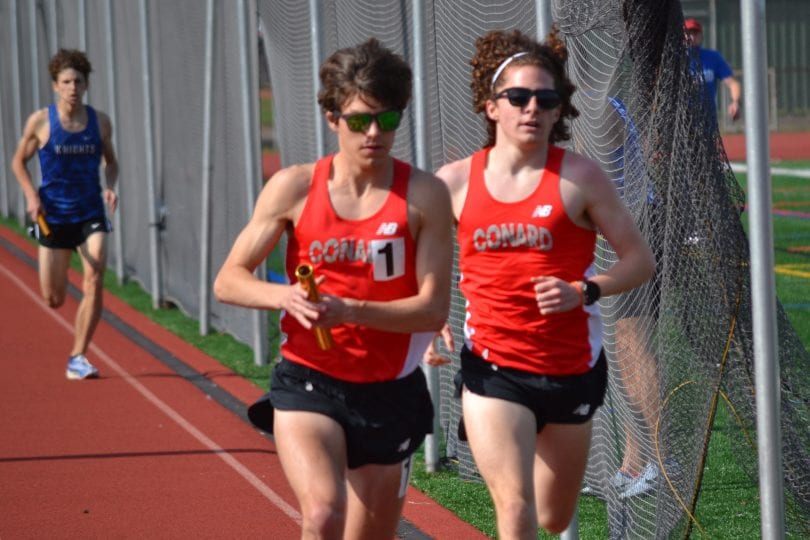 The brotherly bond between the West Hartford twins helps propel both to new heights. 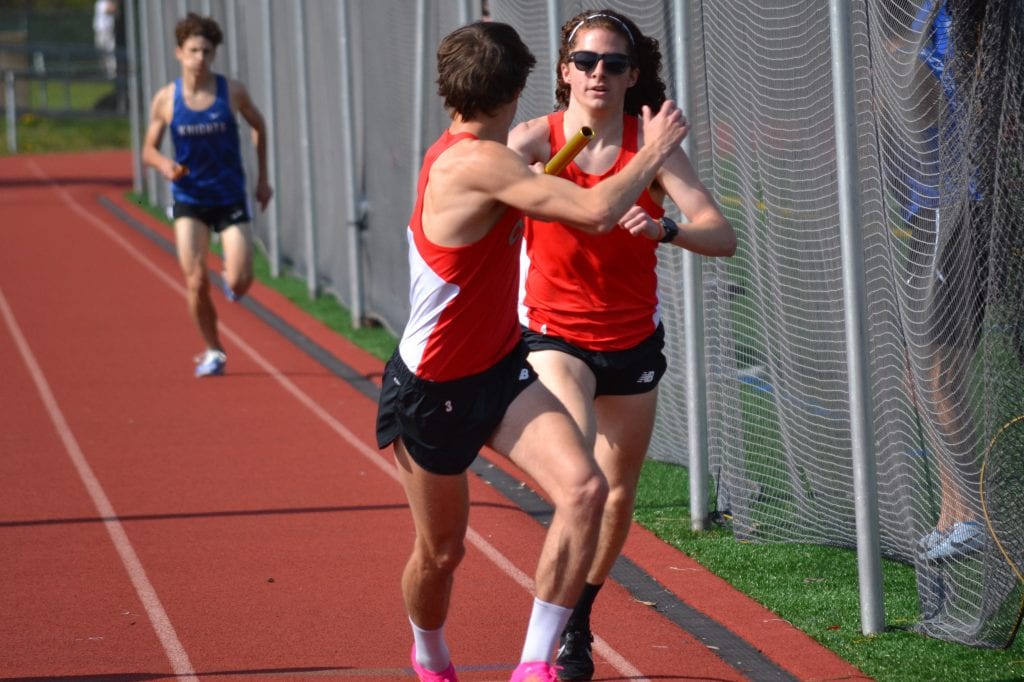 Training to become an elite long-distance runner requires a huge amount of dedication and sacrifice – hours of running in rain, in heat, in cold, in the early morning hours along trails, tracks and roadways. It can be a solitary existence, so it’s nice to have someone to go through it all with.

“I’ve always had someone next to me, it’s something I’m thankful for,” said Conard High School’s Gavin Sherry. He’s the top cross country runner in Connecticut, and one of the nation’s elite high school distance runners. And the “someone” he refers to, literally he’s always been by his side. It’s his twin brother Callum, who is one of the state’s top cross country runners and an accomplished national runner as well. 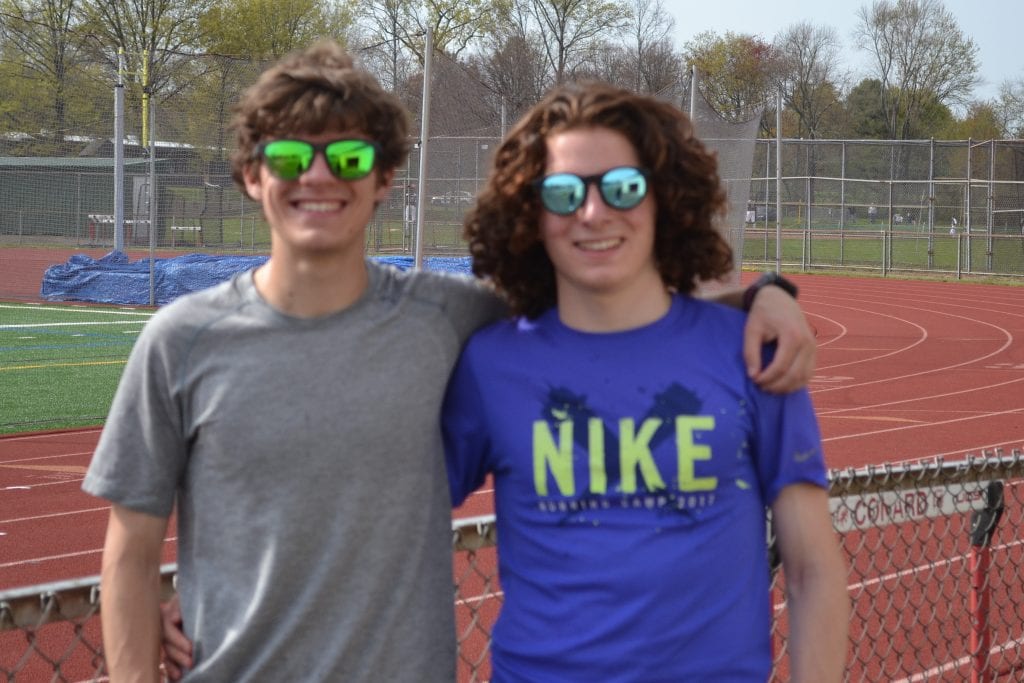 Both are juniors this year.

It’s rare to find one runner as good as the Sherrys, but to have twins, well it’s something Conard coach Ron Knapp knows is very special. “The commitment and dedication I see them doing, they believe in what I’m asking them to do.”

While they’re twins, Knapp sees the differences in the approaches and personalities of the brothers. “Gavin has a fun side, and Callum is more analytical.”

Callum has been running both track and cross country for the Chieftains since his freshman year. “Running is one of the most valuable things in my life,” he said. “Running trails, mountains, or on vacation is really enjoyable for me.” 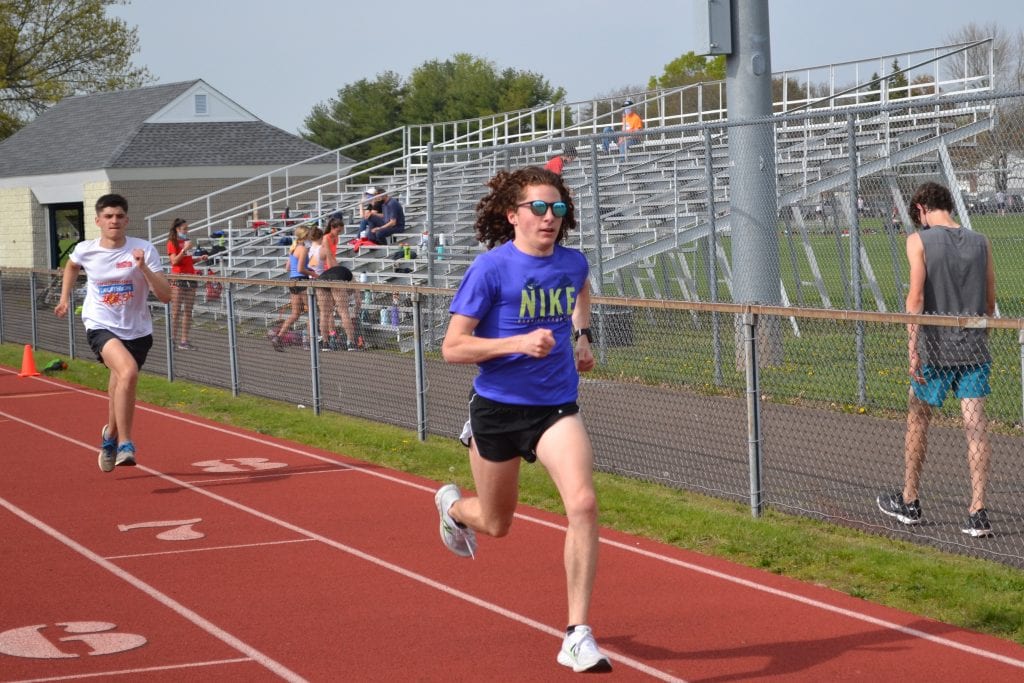 Gavin swam for a season before focusing completely on running at Conard, but the sport has been something his whole family has been involved with for years. “My parents run,” he said. “I grew up running as a hobby but fell in love with it in middle school.”

That love has taken Gavin Sherry to levels he may never have imagined.

He was recently named  the 2020-21 Gatorade Connecticut Boys Cross Country Runner of the Year. It was the second straight year he was honored with the award.

Congratulations to Gavin Sherry who was awarded the 2020-21 Gatorade Player of the Year award for boys cross-country. Gavin is a 2x recipient of this award! The Chieftain community is very proud of you, keep up the great work! @Gatorade @ConardCHS @ConardXcTF @ciacxc @WeHartford pic.twitter.com/HJ6R9zvmvT

Despite a truncated cross country season, Gavin took first at the Northeast High School Club Championship and second  at the East Coast Championship. He was also named Connecticut’s top high school cross country runner by GameTimeCT and  won the CCC-A Championship for the second straight season this past fall.

Right there with him through it all has been Callum. Also named to the GameTimeCT All-State Cross Country Team, Callum’s time of 15:46 put him in second place in the CCC-A Championship, and he turned in a sixth place performance at the  Northeast Cross Country Club Championships. Among his honors are being named to the All-CCC team each season and twice being named All-State and All-New England.

The brothers though approach racing and success in different ways. 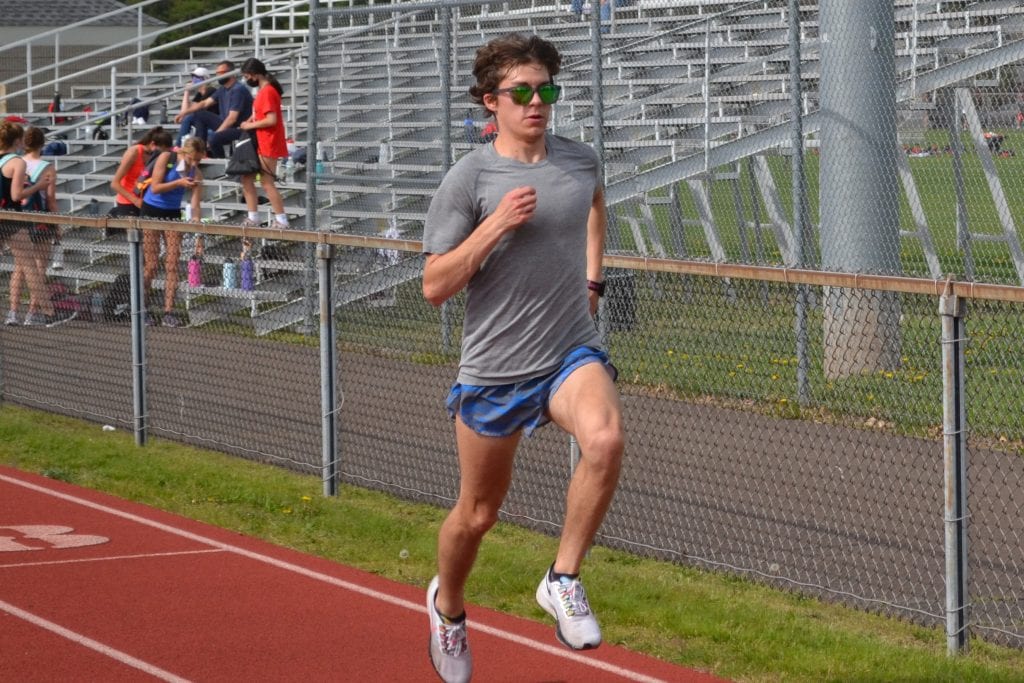 Despite his success, Gavin says one thing frightens him. “Having success can be frightening. You fear you might have a limit or a cap and that’s always frightened me.”

But it has not stopped him from pushing himself. In March, Gavin was in South Carolina running in the USA Meet of Champions in the 2-mile with a goal of setting a new personal best time. He led for seven laps, but on the eighth he simply ran out of gas and fell to the ground short of the finish line before getting back up to finish fifth. Yet, he did set a new personal best and school record in the outdoor race.

He described it all as satisfying. “I learned how to run smarter and wiser,” he said. Knapp said Gavin was fine after the race, even telling his coach then that he was over it. 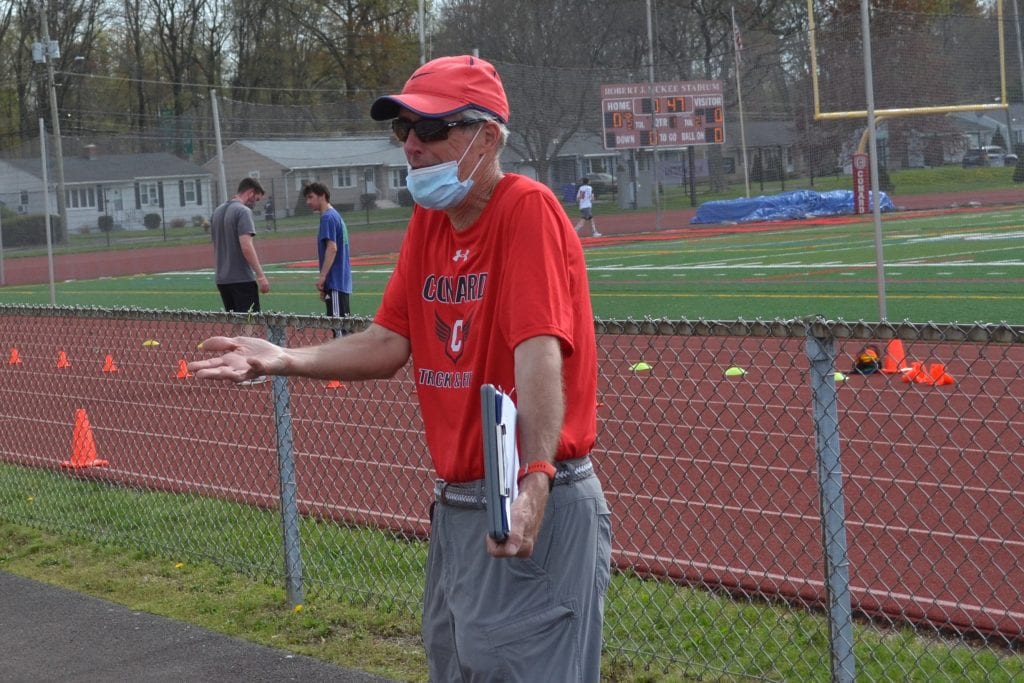 “You’re gonna have a day when you don’t have everything, but you still have to go out and try your best,” said the Conard coach. “Maybe you’ll find a new limit if you do your best.”

As for Callum, he says his focus is on doing his best to prepare for each race and then executing that plan – even if he’s going head-to-head with his brother. “I focus on things  I can control. I don’t focus on anyone else,” he said. “There’s always someone faster and I can’t get caught up in somebody else or I won’t race well.” 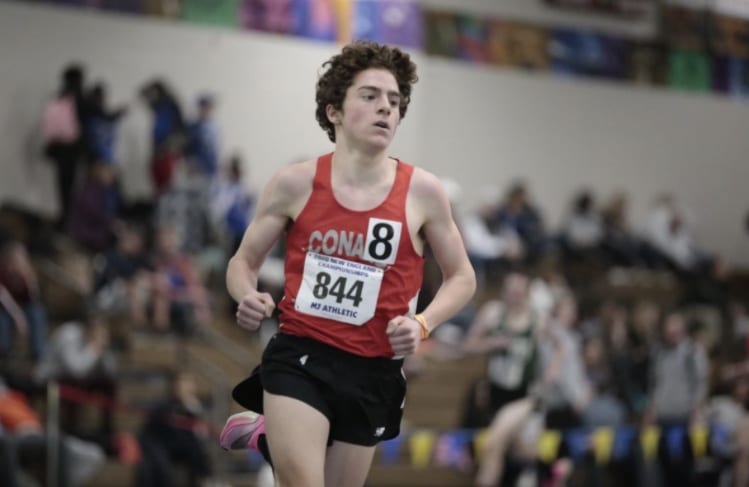 His coach agrees, and credits Callum with handling the pressure of running with and against his brother. Knapp says that there is a confidence to Callum – adding that neither brother is cocky, but both are confident.

“He’s his own person and that makes me feel good,” Knapp said of Callum. “He’s past living in Gavin’s shadow because he risked it and found he could do it.” 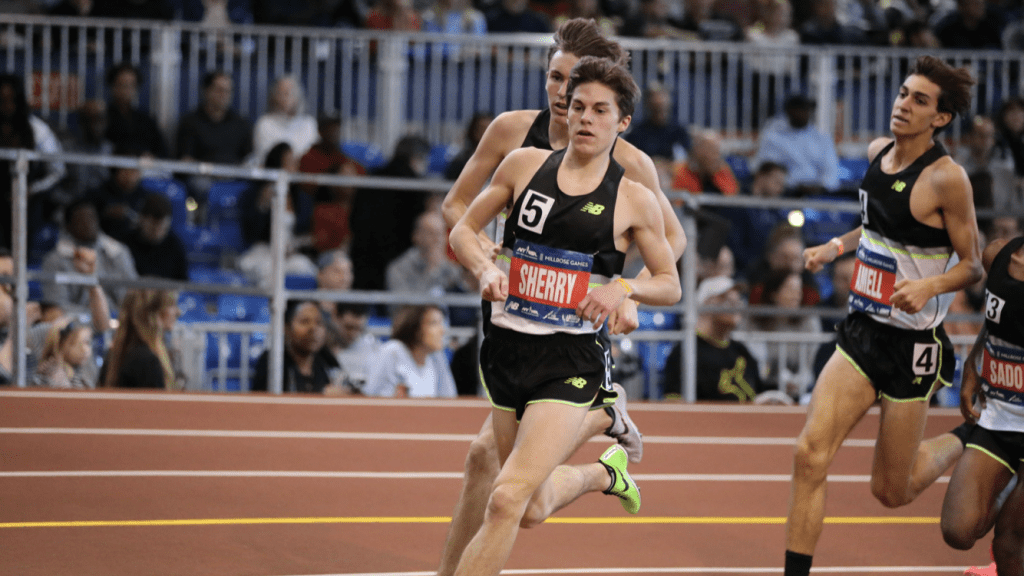 Like runners around the country, the trajectory of both Sherry brothers has been impacted by COVID-19, which makes outdoor track something even more eagerly anticipated. They run year-round for Conard, moving to both the indoor and outdoor seasons, but the past year has been a challenge. Indoor season was wiped out and this fall’s cross country season was limited.

As Gavin put it: “Having a dud of a cross country season with little racing and no indoor, we’ve been gearing up for this outdoor season since last year.”

The outdoor season also usually finds the brothers not going head-to-head, but rather competing individually in separate events, helping their team earn more points in each meet in the 400, 800, 1600, and 3200 meters. They team up on the 4×400 and 4×800 relays as well. Their names and efforts cover the Conard High record list in both indoor and outdoor track.

Their coach praises them for their leadership and taking on more responsibility with the team for setting the tone. “I’m blessed,” said Knapp. “I’ve been around for 40 years and this is a once-in-a-lifetime opportunity. I’m having fun. I’m just along for the ride.”

And for those opponents who may be looking forward to the day the name “Sherry” doesn’t appear on the heat sheets, there’s some bad news. Next season, when the boys are running as seniors, their twin sisters, Liv and Tess, will not only be freshmen swimming for Conard ,but are going to be looking to run track as well. 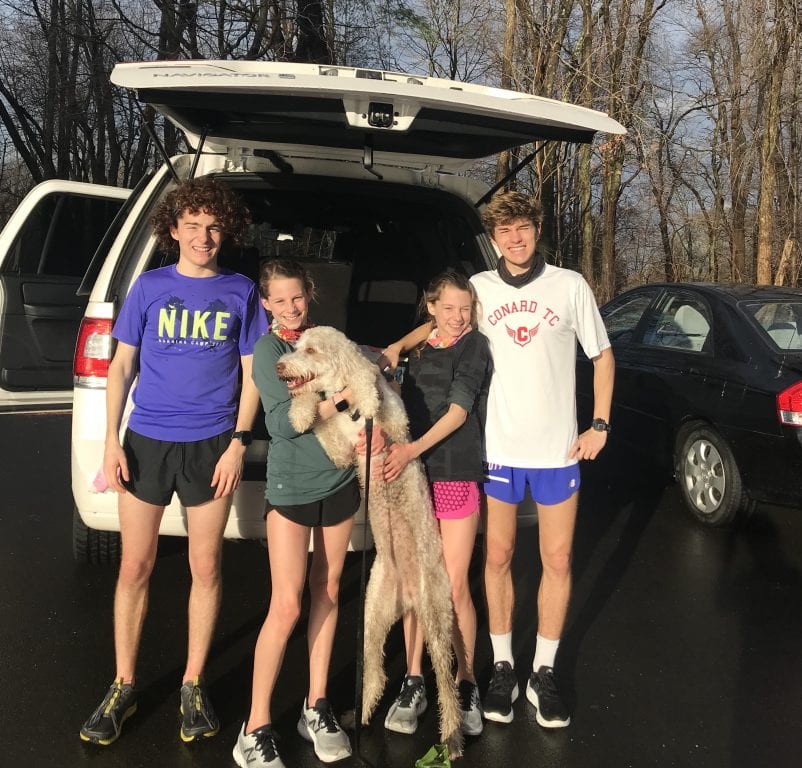 The Sherry twins and their dog, Maggie, prepare for a run on the Vernon rail trail. Courtesy photo

Getting to know Callum and Gavin Sherry 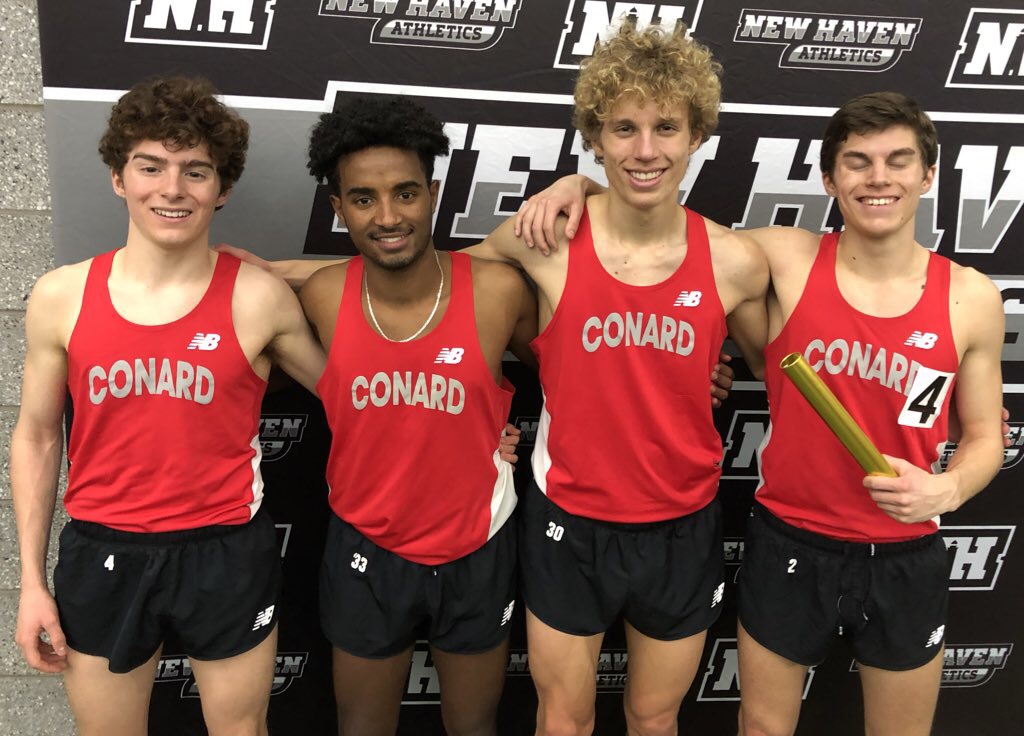