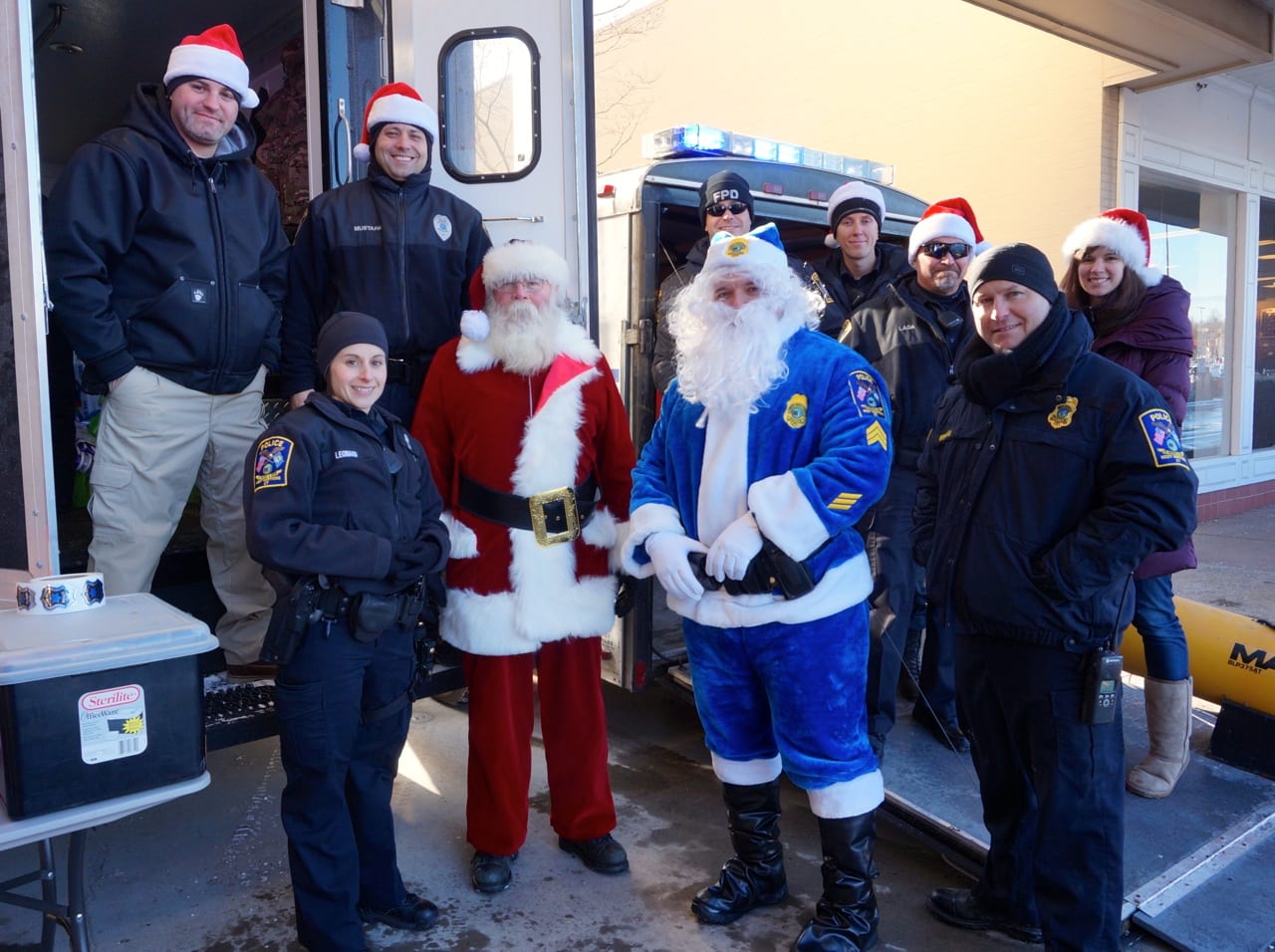 The West Hartford and Farmington Police departments held a combined toy drive outside Toy ‘R Us in Corbin’s Corner on Friday. 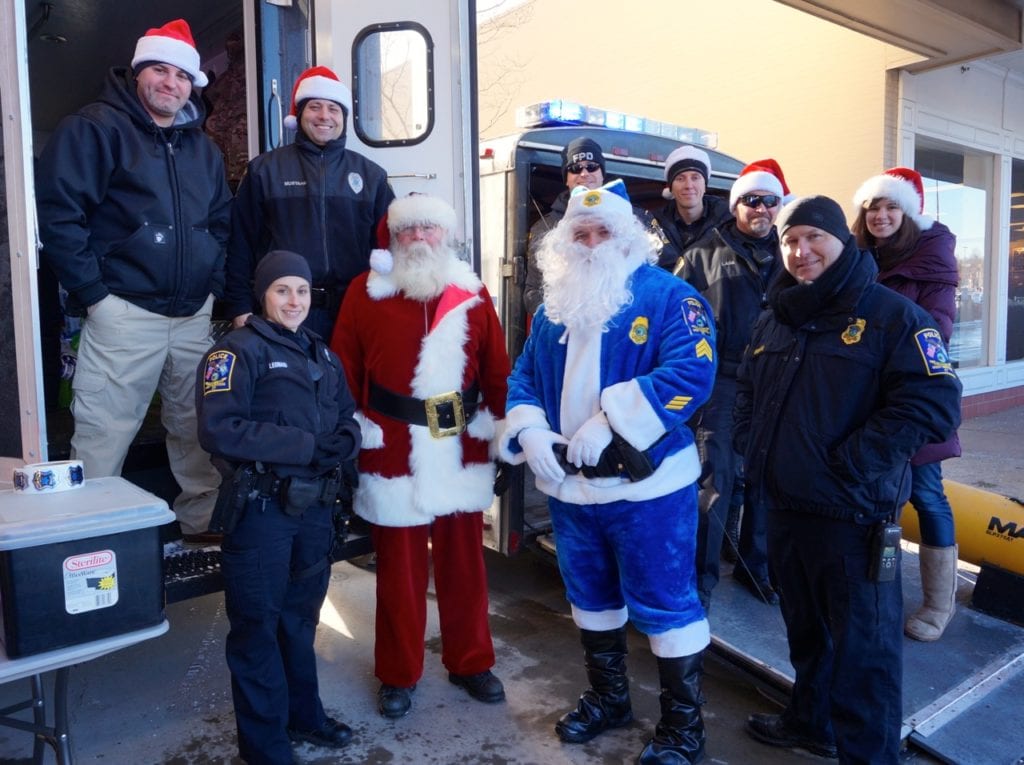 One of Santa’s helpers was stationed outside of Toys ‘R Us on Friday, and he was blue – but it wasn’t because he was sad or because temperatures were barely out of the single digits.

“People are really in the holiday spirit,” said Lt. Eric Rocheleau, who heads the department’s Community Relations Division and helped organize the combined toy drive with the Farmington Police Department.

Santa Cop, and the Farmington Police Department’s red-suited Santa’s helper, collected toys as well as monetary donations from 9 a.m. until 2 p.m. on Friday, filling up the back of several police vehicles in the parking lot.

Amanda Moffo, a former employee of West Hartford’s Department of Human Services who now works for Farmington Social Services, said that the donations would be evenly split between the two organizations. 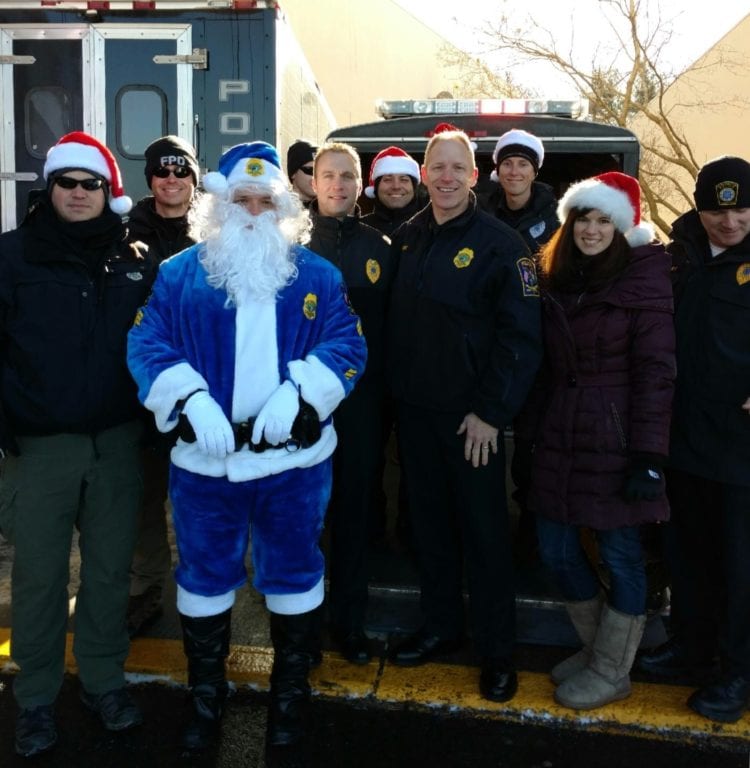 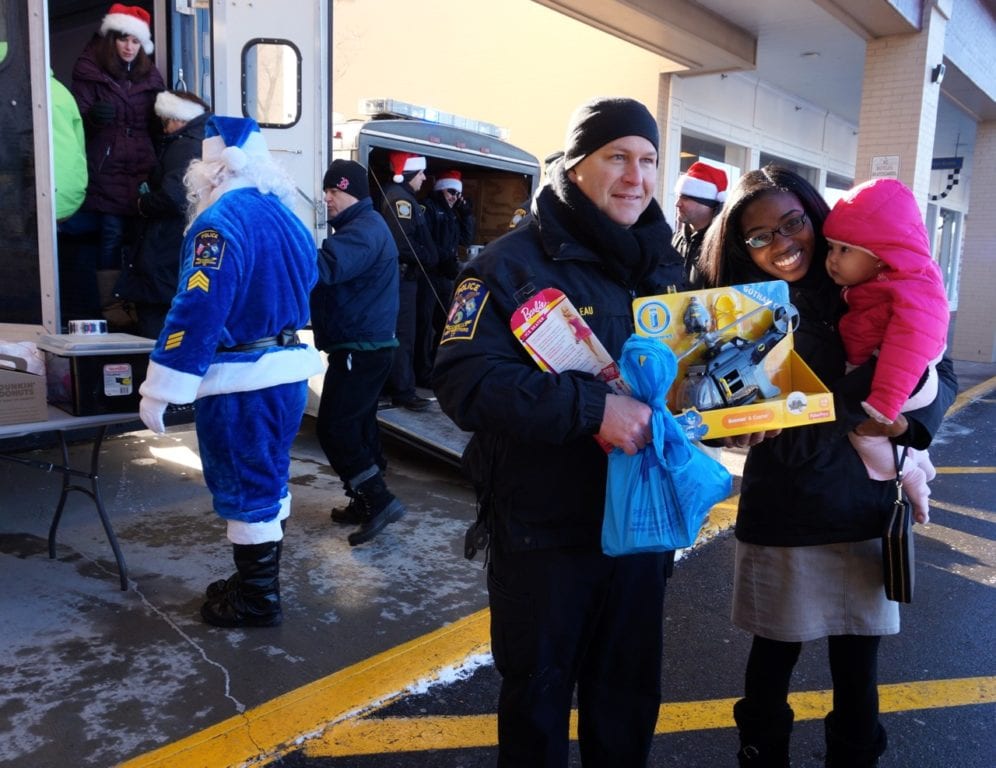 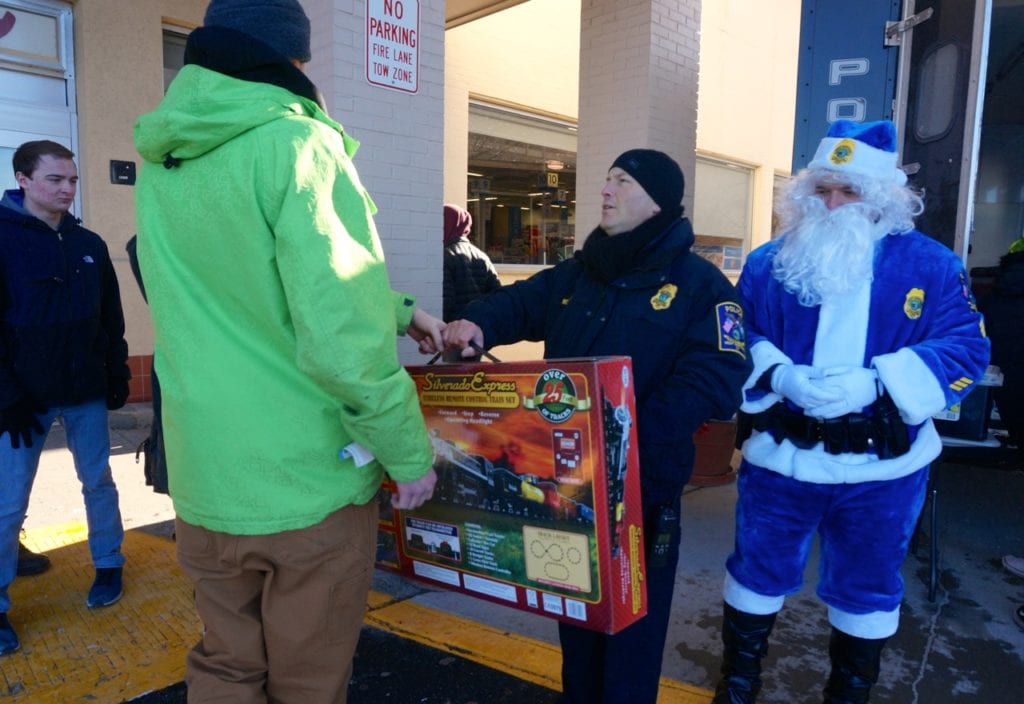 Toys of all sizes and varieties were donated to the West Hartford and Farmington Police Departments’ combined toy drive on Dec. 16, 2016. Photo credit: Ronni Newton 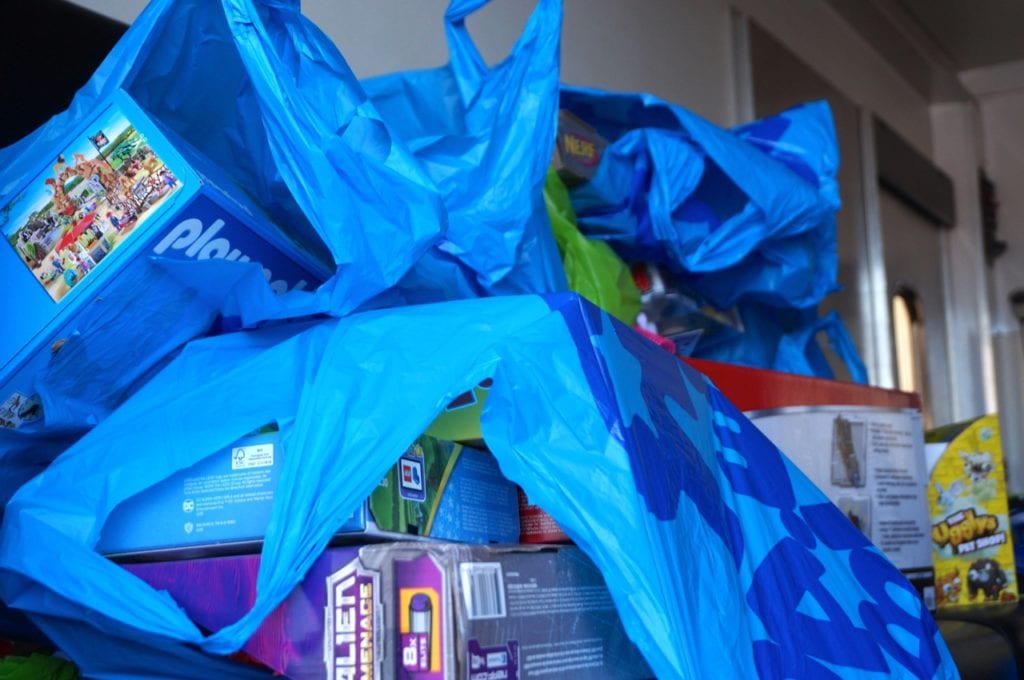 Donated toys fill the back of a police vehicle. Photo credit: Ronni Newton