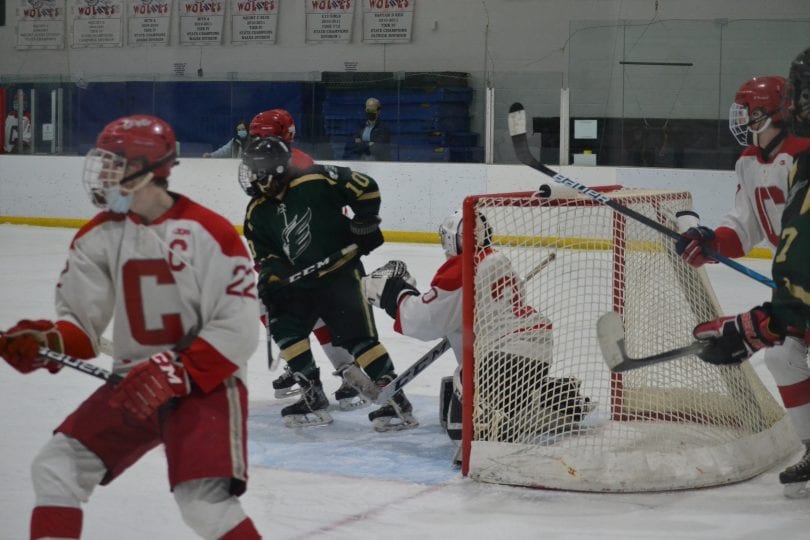 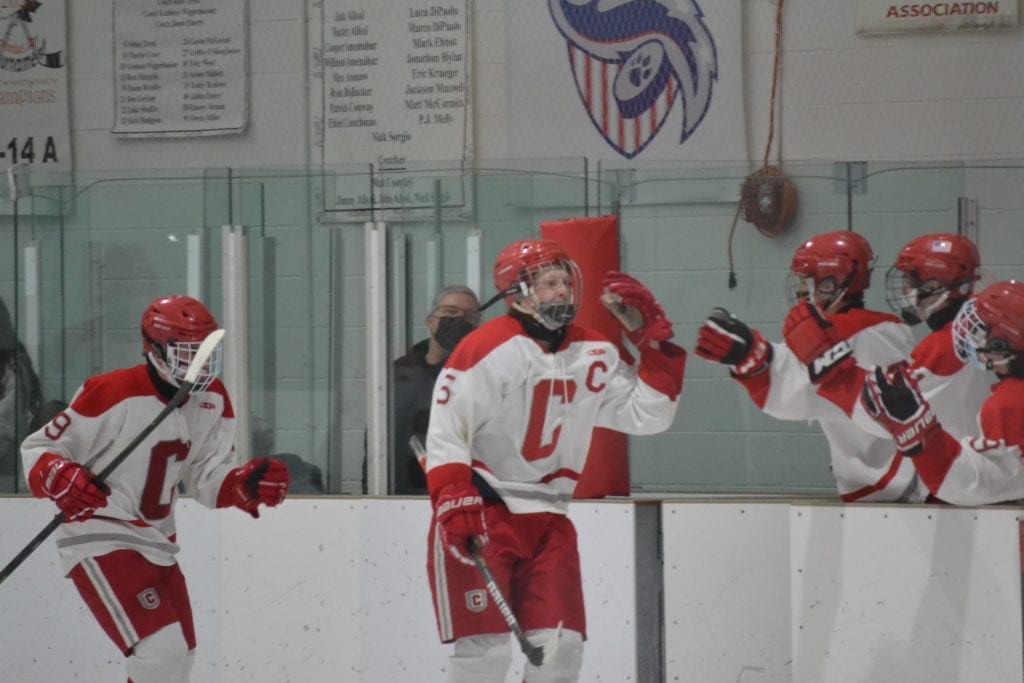 Junior goalie Greydon Selstad came within 1:27 of his first shutout of the season, turning in a gritty 38-save effort to lead Conard to a boys varsity hockey win over Enfield.

Without his performance, the Chieftains could have easily fallen to a team they beat 8-2 on Feb. 17. “Greydon was outstanding tonight. It’s too bad we couldn’t get him the shutout. He was the reason we were able to hang on,” said head coach Jason Olson.

The effort started early for the Conard netminder. Just 3:45 into the first he took away the angle and stopped a close in shot from Enfield senior captain Trevor Provencher. Enfield was clearly the better team early in the first and Selstad was called on to make several other big saves included a slapshot from Provencher from just inside the blueline that the Chieftain goalie calmly gloved.

With 4:44 to go in the first, the momentum turned when Enfield’s Daniel Brennan took a crosschecking penalty giving Conard the man advantage. It seemed to wake up the Chieftains.

Brian Frehl nearly scored off a faceoff when he pushed the puck past an Enfield player and his shot from the right side was saved by goalie Nick Morrell. Conard kept up the pressure on the power play and had two good chances before the advantage ran out.

Seconds after Brennan got out of the penalty box, Conard freshman Emory Sirman, who seemed to be everywhere in the game, beat Morrell to give the home team the 1-0 lead. 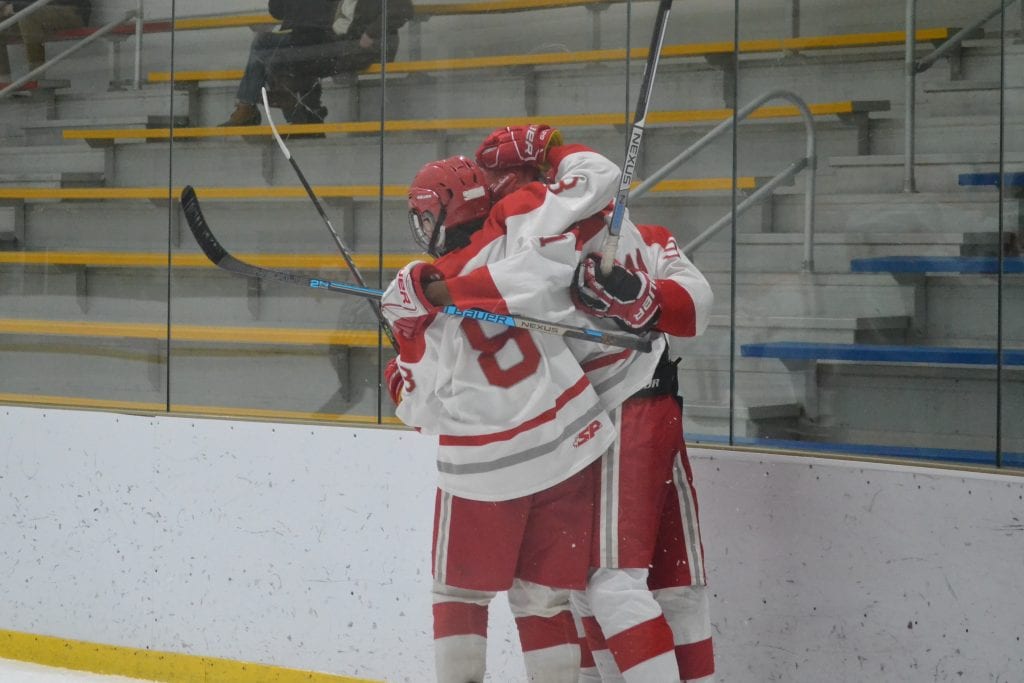 The slow start to the game did not surprise Olson as he has seen it before from his team. “It was a sluggish start. It’s something we have talked about especially on weeknights,” Olson said. But the Chieftains alarm clock apparently was not ringing loud enough, as the Eagles owned much of the second period.

A Conard turnover at their own blue line led to a good chance for Brenann to atone, but Selstad had the answer. Halfway into the period Conard winger Aiden Shaughnessy took an elbowing penalty and Enfield applied the pressure with some good puck movement, but Selstad again stood strong. Two of his best stops came against Logan Humiston, first on a backhander with the Enfield forward all alone in front and then a strong glove save when Humiston found himself just inside the left faceoff circle that Selstad made a sprawling glove save on. 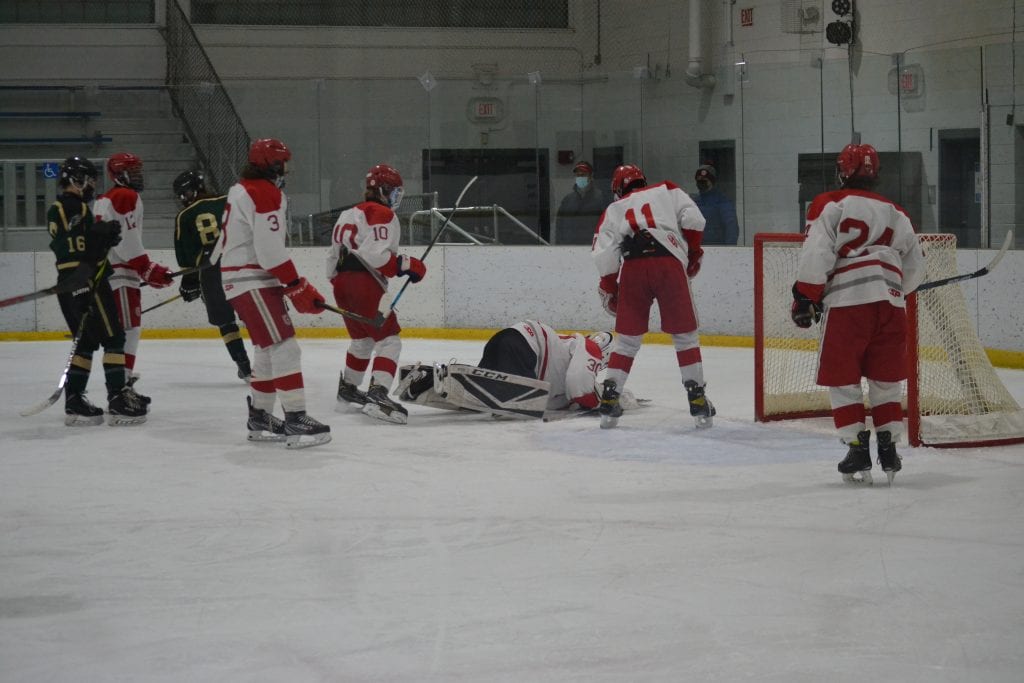 With just under a minute to go in the second, Conard’s James Robinson took an elbowing penalty putting Enfield back on the power play. With 20 seconds to go in the period, Enfield’s Luke Arsenault made a strong move at the blue line and crashed the crease, but Selstad stood his ground to preserve the 1-0.

“We were slow to pucks, too lackadaisical, we threw the puck around with a lack of energy,” is how Olson summed up his team’s play.

Things did not get much better in the third as Enfield carried 1:00 minute of powerplay time into the final session. Conard was able to kill it off, and Jack Hodgson nearly doubled the lead two minutes into the period, but his 2-1 rush was stopped by Morrell. As the clock continued to wind down, Selstad stayed on his game and was taking frequent looks over his shoulder at the clock. Enfield appeared to score with 9:17 to go, but the goal was waved off as an Enfield player was in the crease.

The teams exchanged some good chances in the third with Enfield’s Declan Higgins launching a low glove side wrister at Selstad’s net. Shortly after that Conard’s Jack Wenz had his wrister stopped and Hodgson had his rebound attempt swept away as well.

With 5:51 left, Frehl made a pretty indirect pass off the boards and found Aidan Shaffer in alone on Morrell, but the Enfield goalie was up to the task. But 47 seconds later, Conard’s leading scorer Owen McGoldrick took a pass from Shaffer and rushed into the attacking zone, beating Morrell to make it 2-0.

Enfield continued to press the Conard defense, at one point forcing defenseman Gavin McGowan to break up a 2-1 that lead to a pile of players in front of the goal. With 1:27 to play, Enfield finally found the back of the net and Arsenault was given credit for the goal that came as a wrister from the blue line through traffic that found its way into the lower left-hand corner of the net.

The Eagles nearly tied it with :02 to play as they attacked with Morrell pulled for an extra skater and Brennan unloaded a huge slapshot that Conard’s Hodgson threw his body in front of to block the shot and end the game. 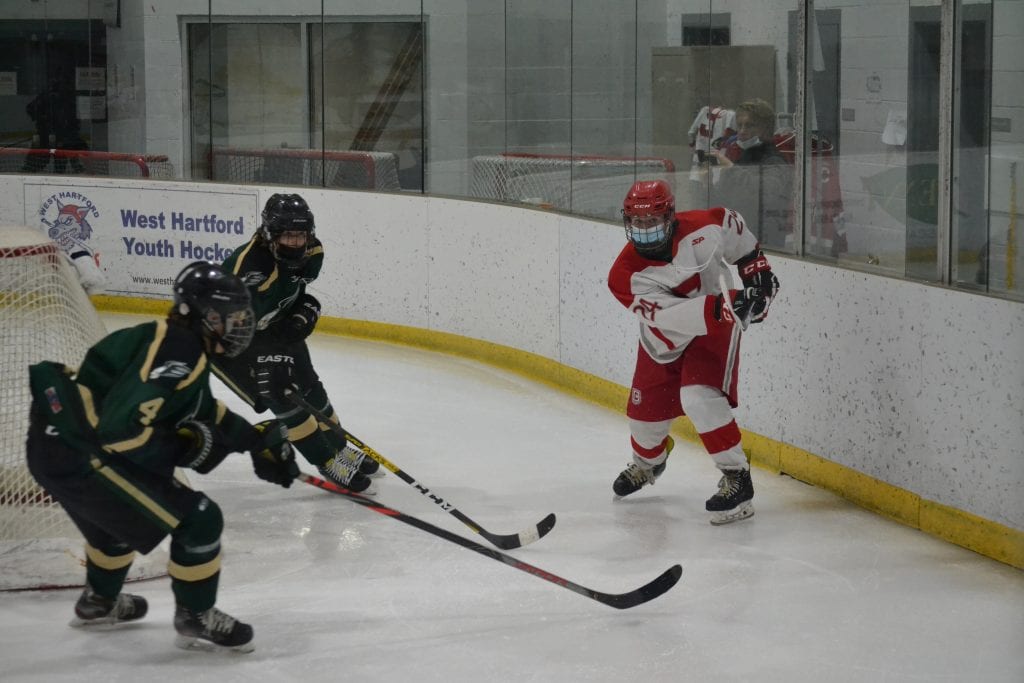 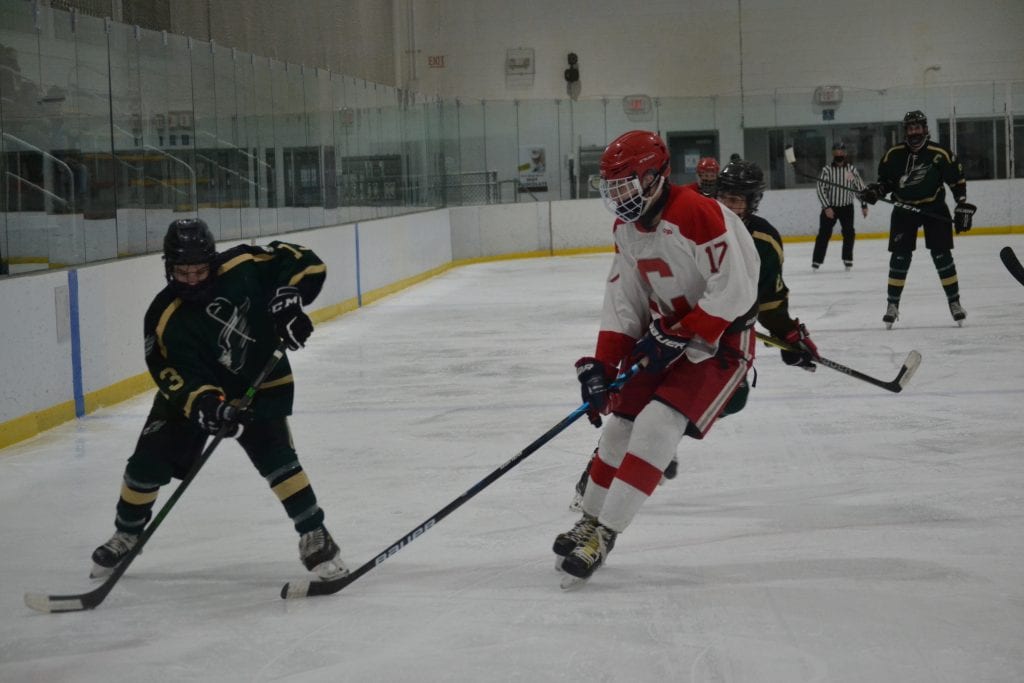 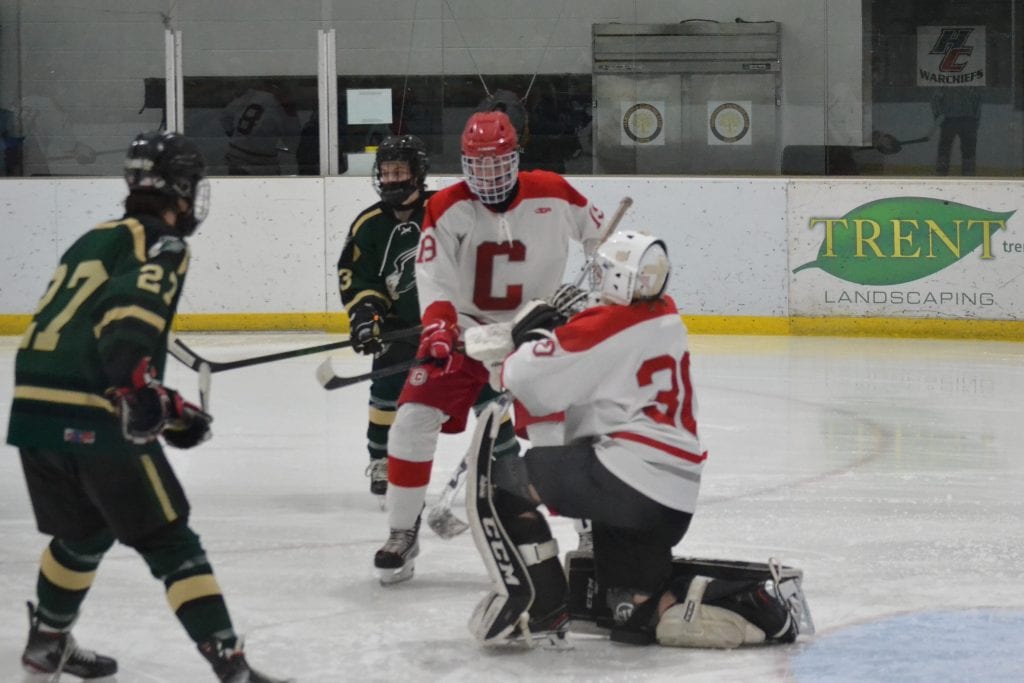 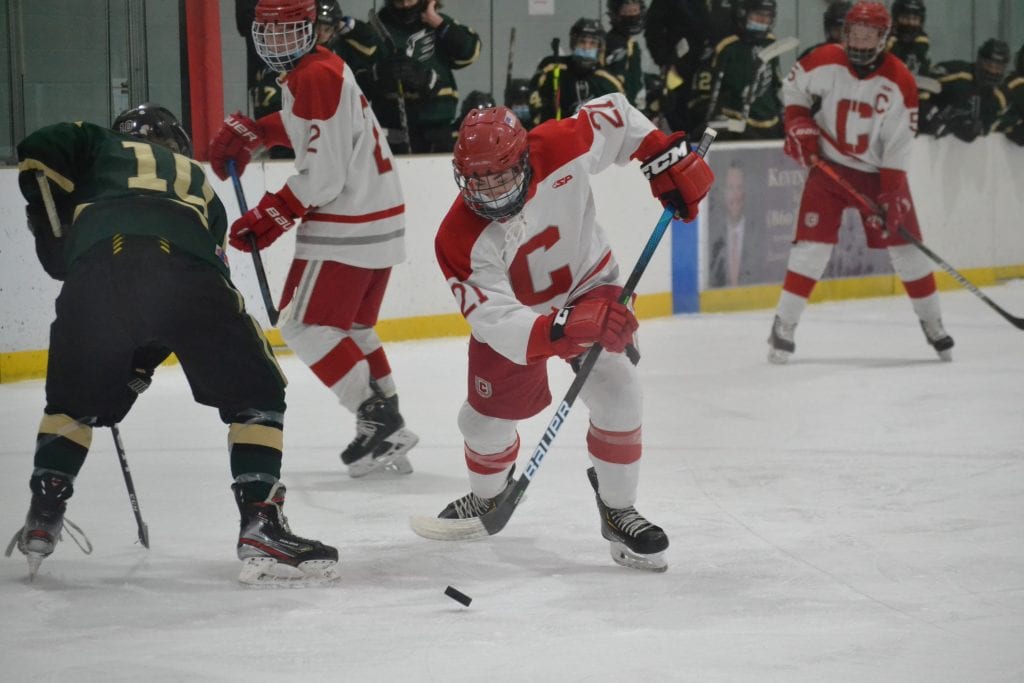 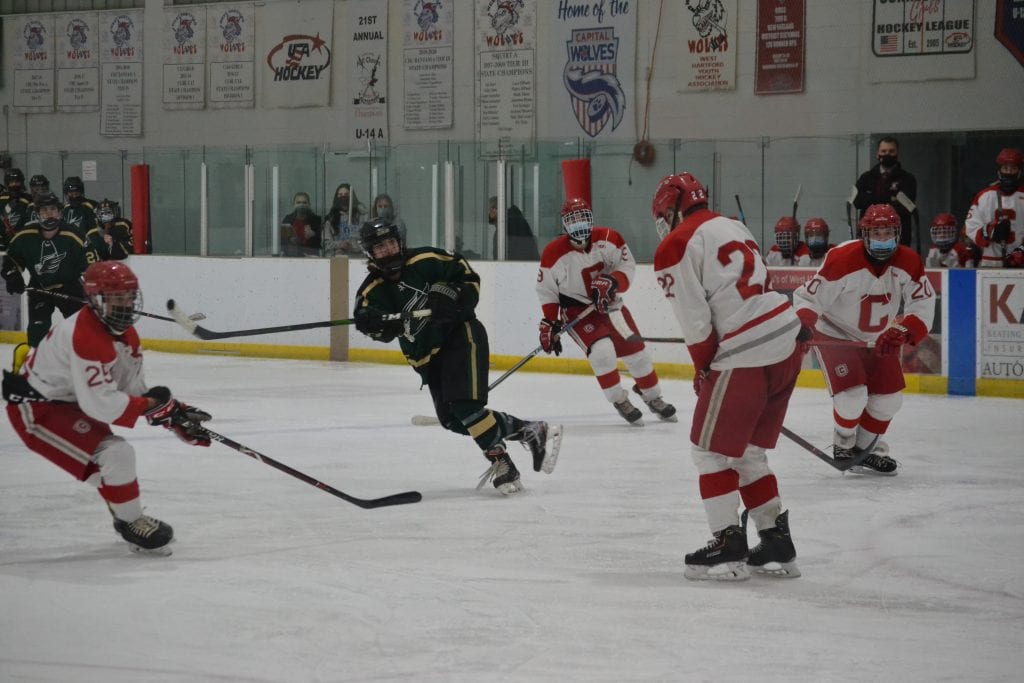 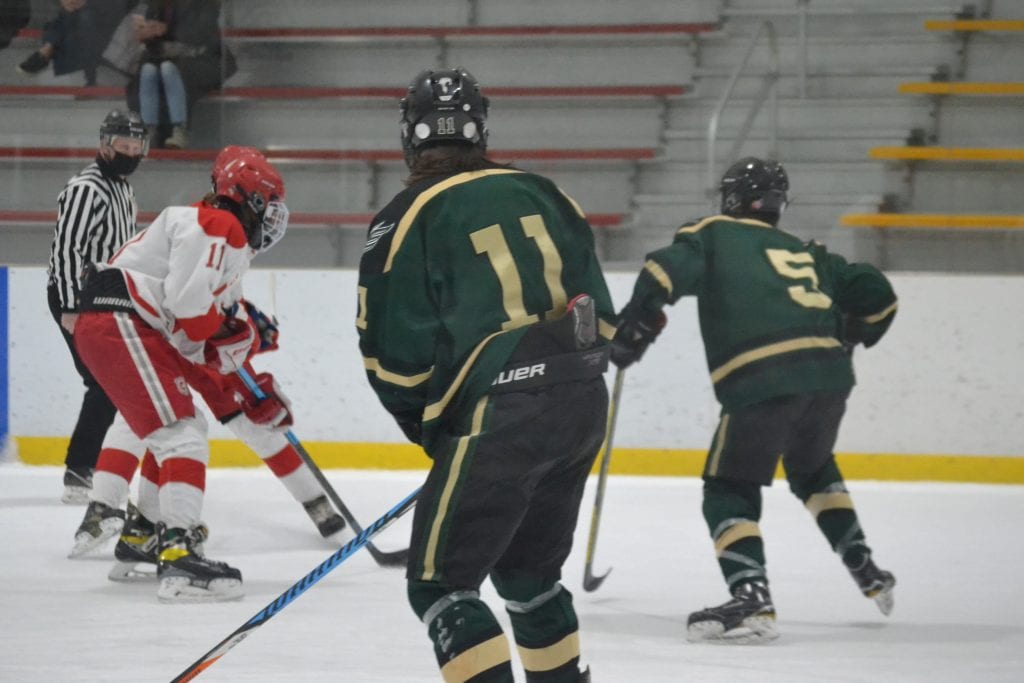 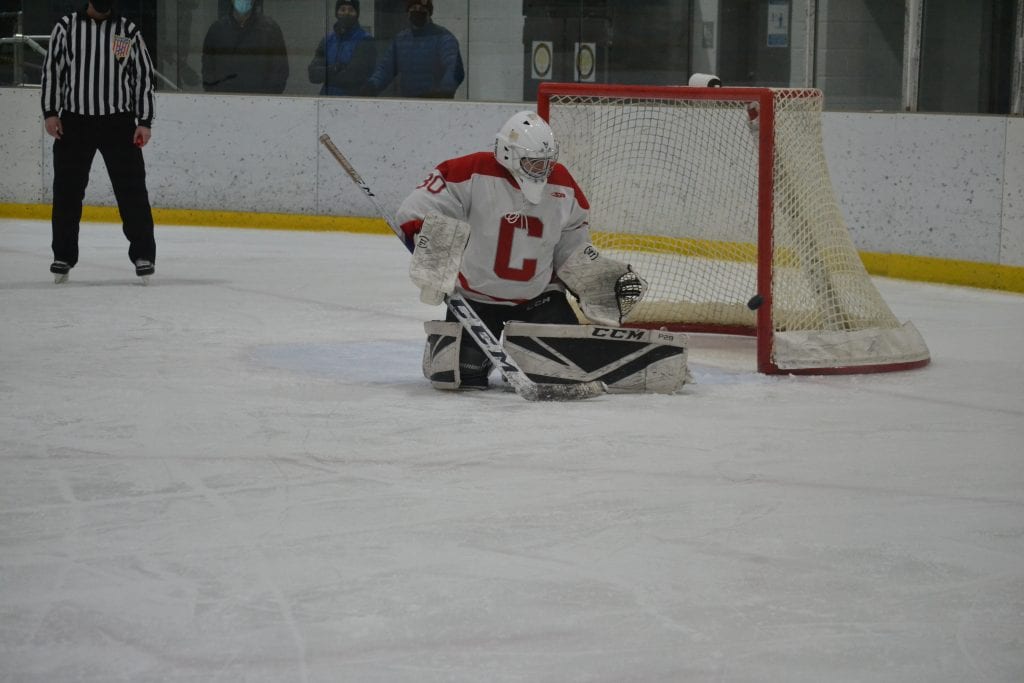 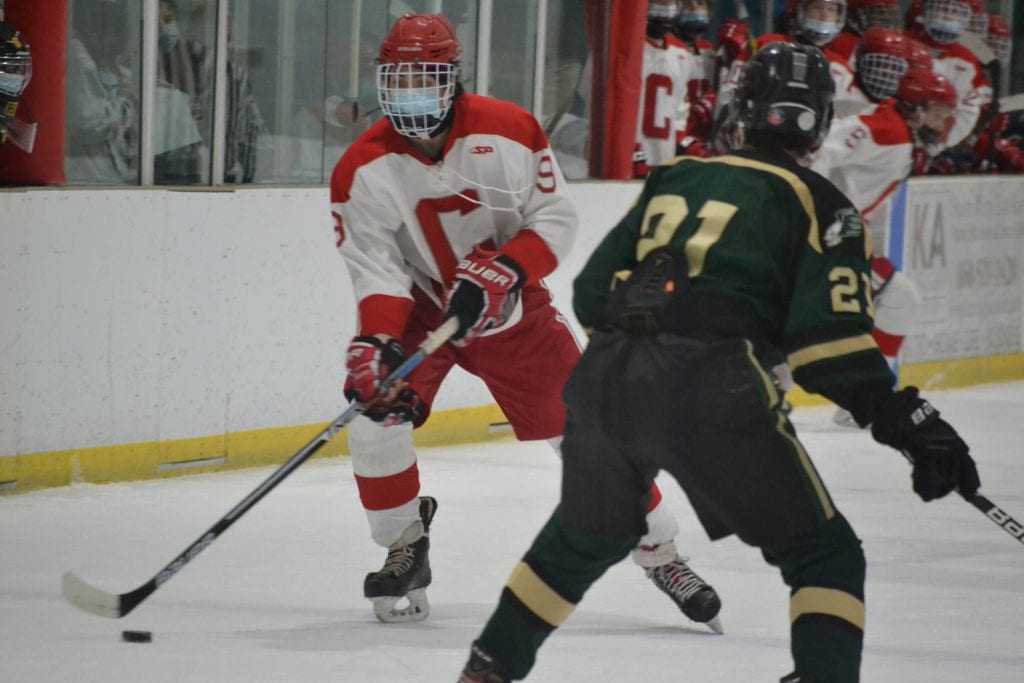 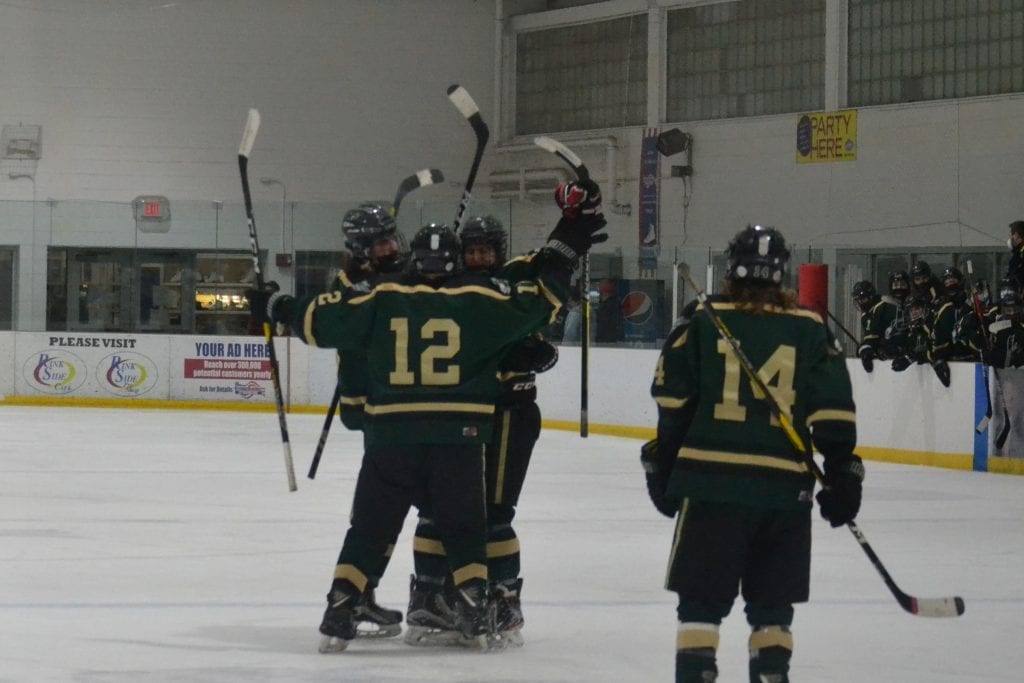