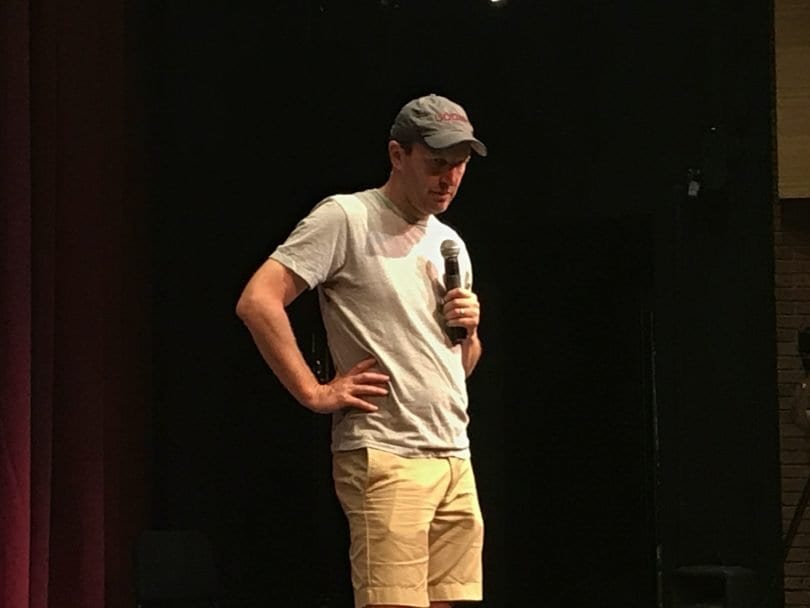 U.S. Sen. Chris Murphy stops in West Hartford to talk to Connecticut residents during his 70-mile “walk across Connecticut.” 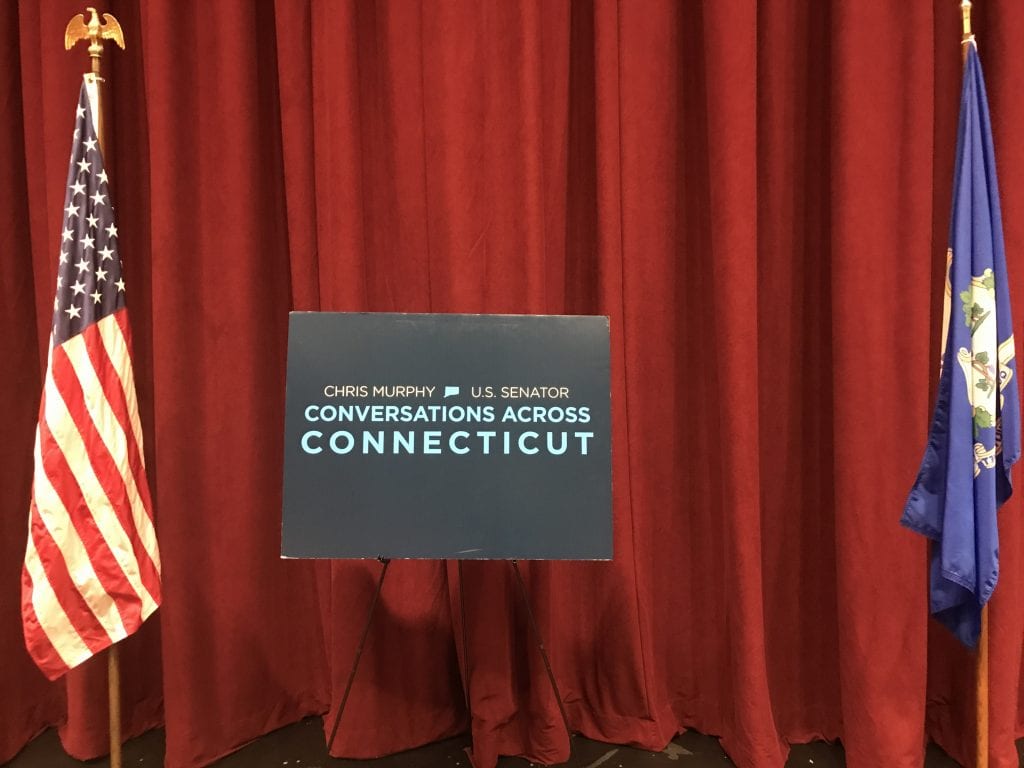 On Thursday evening, U.S. Sen. Chris Murphy arrived in West Hartford to hold a town hall meeting as one of his first stops during his nearly 70-mile walking journey across Connecticut.

“Walking across Connecticut is a great idea … in theory,” Murphy joked as he stood in front of the crowd in the University of Hartford’s Millard Auditorium for his public forum called “Conversations Across Connecticut.” Despite the heat, Murphy was in high spirits, and the audience welcomed him excitedly.

Sporting running sneakers, khaki shorts, and a UConn baseball cap, an outfit different from what you would expect from a U.S. Senator, Murphy arrived in good spirits. “I’m 21 miles in and five pounds lighter,” Murphy added.

Murphy, who is completing the “walk across Connecticut” for the third time, began his journey in Hartland earlier on Thursday and will be walking nearly 70 miles over the next four days. Murphy will conclude the walk in New Haven on Sunday.

“This walk, to me, is one of the ways I ground myself,” Murphy explained.

He said that similar to taking public transportation and door knocking in neighborhoods, the trek allows the Democrat to hear what Connecticut residents actually want to talk about.

Murphy opened the meeting by addressing some of the most pressing topics in the nation right now including the Supreme Court and Affordable Healthcare Act, as well as immigration policies.

“I really do believe that there are these moments in American history where we make decisions whether we’re moving backward or forwards,” Murphy said. He added that through both elections and civic activism he sees “the state of this country rising up.”

Murphy opened up the floor for questions and fielded a wide variety of topics during the meeting including the Supreme Court, Medicare, racial profiling, and gun control. However, the biggest topic of discussion was about immigration policies and reform.

Murphy said that one of the largest issues with the current state of immigration policies is the “idea underneath that [immigrants] are less than human.” Many individuals clapped in agreement. “Immigration reform, to me, is continuing this country to be a melting pot,” Murphy added. Many who attended the town hall meeting raised their concerns about immigration, detainment camps, and familial separations at the border as the meeting continued.

Another largely-emphasized topic for discussion by the constituents was gun control and reform. Elaine Summers of Avon said, “I really want to thank you with what you did with the filibuster.” In addition, a representative of Moms Demand Action also questioned Murphy about an NRA scandal.

Murphy, who has gained national attention for his advocacy on gun control, said that although the conversation in Washington D.C. about gun control has come to a hiatus, he hopes to see something passed in 2019.

“Never stop raising your voice,” Murphy said as he concluded the meeting. He encouraged the audience to keep telling their stories to continue the “historical narrative” that was started at the meeting.

He admitted that he is still learning how to do his job better and the walk across Connecticut allows him to do that.

Murphy said that through the walk he hopes to “plug into the consciousness of this state to become a better representative in Washington of this state.” 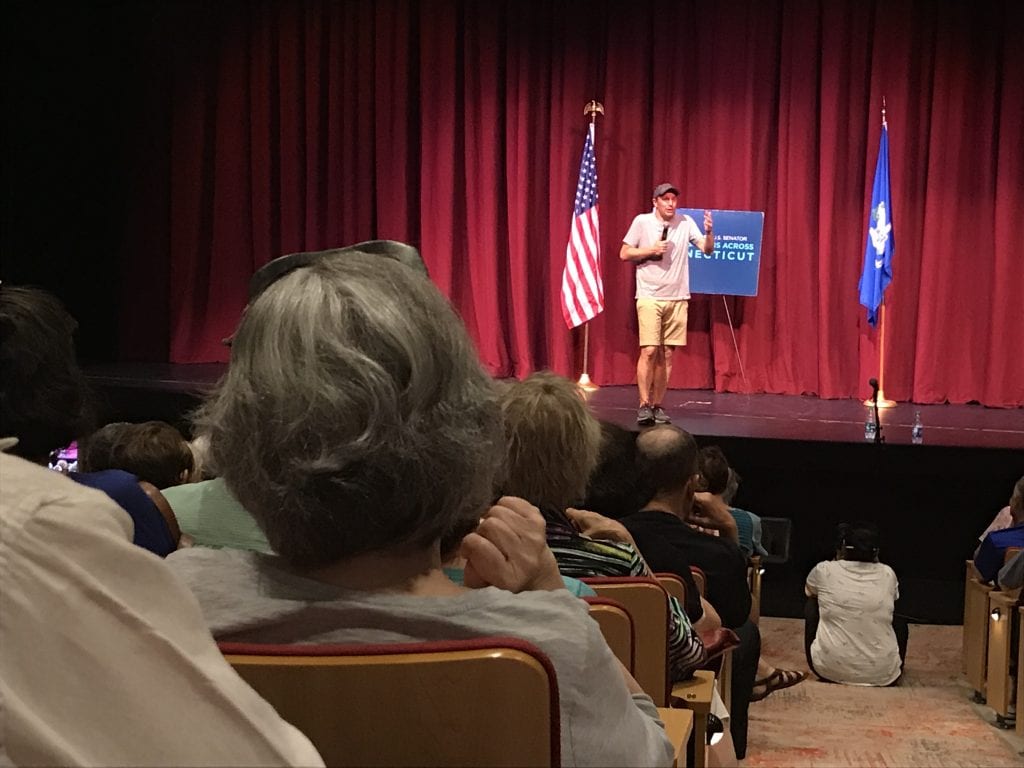 A crowd of supporters gathered to listen to Senator Murphy share his views on the current state of the nation. Photo credit: Maddie Geerlof