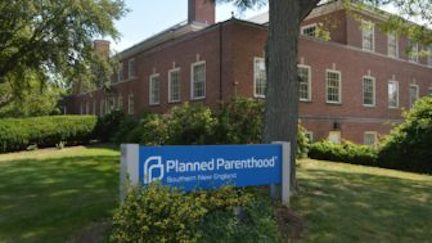 Planned Parenthood of Southern New England says it will halt use of federal funds following the enforcement of new rules that prevent abortion referrals. Courtesy of CTMirror.org

Planned Parenthood of Southern New England, which runs 16 clinics in Connecticut and one in Rhode Island – has said it will turn away federal Title X funds rather than adhere to new rules that bar the organization from issuing abortion referrals.

The Trump administration in August began enforcing regulations that prohibit Title X grant recipients from counseling patients about abortion. Under the new rules, providers are still able to perform abortions, but must do so in separate clinics and abide by the requirement that they not refer patients to those facilities. Faith-based groups that oppose abortions and birth control are now eligible for funding under the regulations.

Planned Parenthood of Southern New England has said it will forfeit about $2.1 million annually by rejecting the federal money, which is used at 12 of its 16 clinics. Instead, the organization will tap emergency reserves this fiscal year and launch an aggressive fundraising campaign to bridge the funding gap.

Senate Democrats sent a letter to Melissa McCaw, who oversees the state budget as secretary of policy and management, asking her to find funding for the organization this year. They also pledged to address the issue in next year’s budget during the upcoming legislative session.

“The Trump administration continues to chip away at and deprive thousands of people across this country with the essential health care that they need,” said Senate Majority Leader Bob Duff, D-Norwalk. “Women’s health care in particular continues to be under attack and it’s unacceptable. We won’t stand for that in our state.

“In Connecticut, we support a woman’s right to reproductive health care and we plan on doing everything we can to ensure that Planned Parenthood gets the funding it needs.”

“It’s disappointing but not surprising that Donald Trump has launched yet another front in his war on women across America and right here in Connecticut,” State Sen. Derek Slap of West Hartford said in a statement. “We have no other choice but to stand up for women’s health care in Connecticut and to send a very firm message to the Trump White House that his indifference to women’s rights will not be tolerated.”

McCaw said in a statement that her office is in talks with the organization and is considering ways to help, but she did not commit the state to providing money.

“We share the concerns of the Senate Democratic caucus, public health experts, and the advocates that this misguided and shameful political attack prevents women from making informed choices about their medical care,” she said. “We have already had preliminary discussions with Planned Parenthood and state agencies to explore our available options so the women of Connecticut have access to vital health care, and we remain committed to working with all interested parties.”

Planned Parenthood officials confirmed they are in discussions with the state about funding.

“Planned Parenthood of Southern New England is having conversations with the state and exploring all options to address the loss of Title X funding,” Kafi Rouse, a spokesman for the group, said. “Connecticut residents who need access to life-saving health care services are top of mind for our state legislators. We are thankful that they too are thinking about how to mitigate the impact on our patients.”

Senate Minority Leader Len Fasano, R-North Haven, criticized Democrats on Thursday for not consulting with Republicans before sending the letter to McCaw and issuing a press release.

“It’s disappointing that Senate Democrats would take a divisive, political approach on this issue. Instead of reaching out to their Republican colleagues, they issued a partisan press release,” he said. “If Senate Democrats were being fully transparent, they would have pointed out that the bipartisan budget passed in 2017 actually included language to protect against federal funding reductions. Thanks to our bipartisan efforts, state statute now allows the Department of Social Services to offset a loss in federal funding for family planning services if approved by the legislature.”

“Pending the department’s interpretation of the statute, there are protections in place that our state passed with strong bipartisan support,” Fasano added. “But that is mentioned nowhere in the Democrats’ press release. In typical fashion, they can’t miss an opportunity to score political points.”

Connecticut Attorney General William Tong is part of a multi-state coalition suing to reverse the regulations. Planned Parenthood and the American Medical Association are also challenging the new rules.