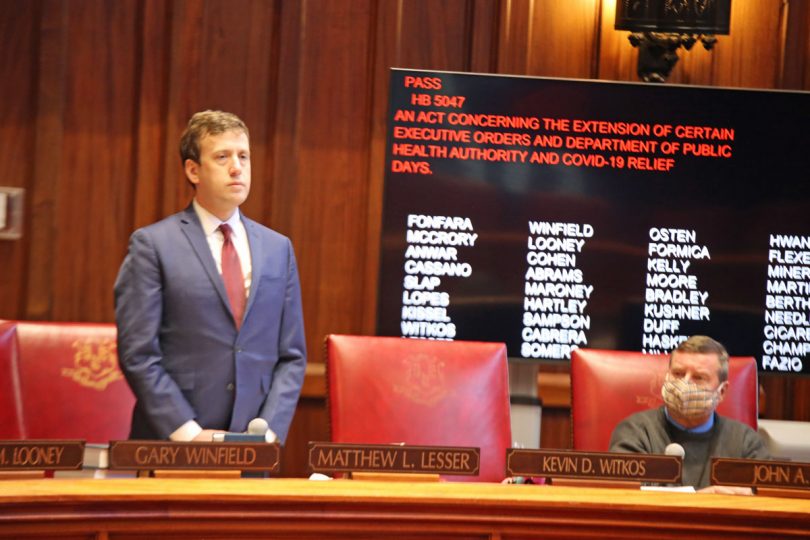 The debate Monday was largely about school mask mandates, and West Hartford Public Schools already announced plans to become ‘mask optional’ after Feb. 28 if the Senate followed the House vote on COVID-19 orders.

The state Senate gave final passage Monday to a set of COVID-19 policies including preserving until June 30 state oversight of the controversial school masking requirement despite plans to sunset the mandate at the end of this month.

The Senate’s 21 to 14, largely party-line, vote comes just a day before the expiration of Gov. Ned Lamont’s emergency authority, which had previously served as the basis for the set of orders. The House approved the legislation following an all-day debate last week.

In addition to all Republicans in the chamber, Democratic Sen. Cathy Osten of Sprague opposed the legislation.

The package included roughly a dozen of the remaining emergency orders issued by Lamont over the course of the pandemic. Once numbering in the hundreds, the governor asked lawmakers to codify a handful of policies including an extension of a rule requiring nursing home employees to get COVID booster shots.