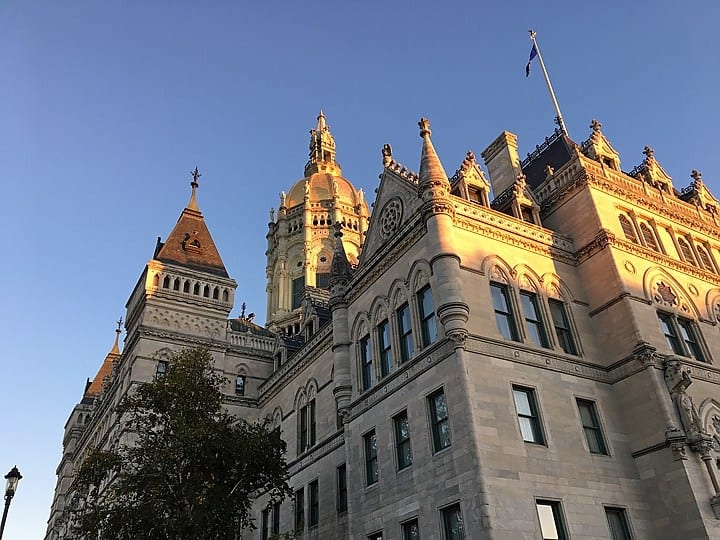 State Sen. Derek Slap of West Hartford voted in support of SB 989, noting the importance of having state laws keep pace with technology.

The proposal, which will now go to the House for consideration, allows someone to sue if they have had their sensitive personal information outed online. The practice, often called “doxing,” is seen as a form of harassment. Under the bill, the victim would be entitled to sue the person who posted the information as well as anyone who knowingly and financially benefited from the posting.

During a brief discussion on the Senate floor, Sen. Gary Winfield, a New Haven Democrat who is co-chairman of the Judiciary Committee, said lawmakers had been engaged in conversations for years about online abuse.

“We have a growing issue of online harassment through electronic means and we wanted to update our laws to comport with it,” Winfield said.

The bill modifies the definition of 2nd degree stalking to include online disclosures of someone else’s personal information – Social Security numbers, addresses, phone numbers, and other things – if those disclosures caused fear or serious distress. The crime, which carries up to a year in prison and a $2,000 fine, would also broaden to include statements made about someone, but not necessarily directed at them.

The bill expands 1st degree stalking to include incidents directed at someone’s race, religion, disability, sexual orientation, or gender. It also narrows how the crime may be applied in situations in which the stalking is directed at someone under 16 years old, so that the perpetrator would have to be at least 22 years old in order to be charged.

“State laws have got to keep pace with technology. Unfortunately, as we have learned over the past year with more people using technology and social media while working from home or taking online classes, that technology can be badly abused. This bill will hold those abusers accountable,” said Sen. Derek Slap of West Hartford.

During the debate, Sen. John Kissel, R-Enfield, called the legislation an unfortunate change necessitated by advances in technology. Kissel, the Judiciary Committee’s ranking Republican senator, said many other legislative committees have struggled to keep Connecticut’s laws up to date with technology.

“You blink your eye and – boom. Seems like just not that many years ago I was looking for a video on the way home for my kids from Blockbuster and you can’t find a Blockbuster anymore,” Kissel said. “I can’t stop the march of technology and things we couldn’t even imagine 10 years ago could hurt a person, now could be on the world wide web and never to be lost again.”

However, Kissel worried that changes to the state’s harassment laws made by the bill may have been written so broadly that a person could feasibly be charged with online harassment without ever intending malice to another person. Still, he supported the bill and said courts would have to sort out the “murky water” if it ultimately became law.

According to a Pew Research Center study published in January, 41% of Americans surveyed reported personally being the target of some form of online harassment. Although the percentage of people who said they’d been the victim of abuse was consistent with a similar report in 2017, the study’s authors suggested the harassment had become more intense since then, with more respondents reporting severe incidents of physical threats and sexual harassment.

“It just makes me sad that that’s the direction we have to go,” Kissel said during the debate Thursday. “When, in God’s name, will men and women treat each other with the respect and dignity that they deserve? Probably never live that long but I think every good thing we do here moves us in that direction.”

At its public hearing in March, SB 989 received support from organizations that had examples of online harassment to share.

“Sharing of intimate images makes unwilling individuals into sexual entertainment for strangers and friends and the effects of these images can be devastating,” said Lucy Nolan, director of policy and public relations for the Connecticut Alliance to End Sexual Violence. “The name of the victim may be associated with the image, allowing employers, family, co-workers, and peers to see it.  Often these images are uploaded as a way for a vengeful ex-partner to “get back” at the victim. The act of posting these images can destroy the victim’s relationships, education, and employment, and many are threatened with sexual assault, stalked, harassed.”