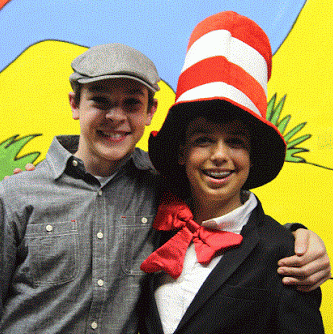 A 65-member cast will appear in the KPMS Drama Workshop’s presentation of Seussical, Jr.  on April 28, 29,  and 30 at King Philip Middle School. Based on musical selections from the popular works of Dr. Seuss, Seussical Jr. is directed by Lauren Pouliot, KPMS music teacher, with musical direction by Joseph Ganci, KPMS band director. 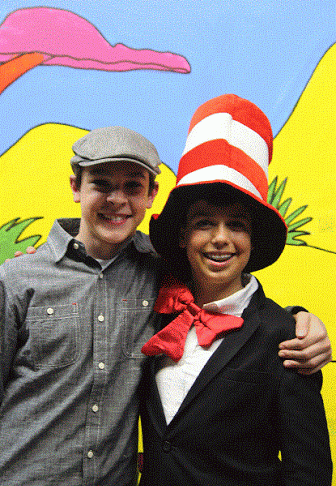 The cast are King Philip students who audition and produce the show with after school music, dance, and actor rehearsals. The King Philip Drama Workshop offers year-round events and Seussical, Jr. is the main stage spring musical event.   Students assist with all aspects of the production including props and costuming to backstage crew and production.

“The beauty of this production,” states Director Lauren Pouliot, “is that the songs allow our student actors to easily step into the fantasy through the lyrics. While the Dr. Seuss characters are “fantastical,”  they all have heart and attributes that our actors – and audience members – identify with. Our students are having fun and are eager to share the magic with their audience.”

Audience members will see Dr. Seuss characters come alive on stage. Cat in the Hat plays host while Horton the Elephant guides the viewer on a journey from the Jungle of Nool to the Circus McGurkus to the World of the Whos, as a little boy with a big imagination proves that a person is a person no matter how small.

The King Philip Production of Seussical Jr. is directed by Lauren Pouliot, music direction by Joseph Ganci, and co-produced by Brian Jones and Doreen Oshinskie. Tickets are $10  (adults), $5 ( children), and free for children under 5. Tickets are available at the door during each performance or by emailing [email protected]. Proceeds at the ticket office help fund future student performances.