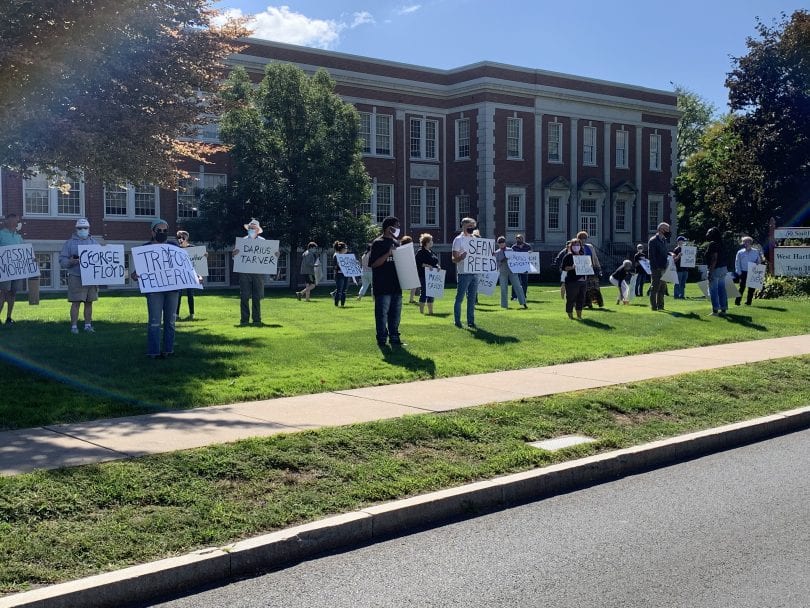 To spread their message throughout town, a silent protest will be held Saturday on New Britain Avenue near Wolcott Park.

In light of the recent silent protest that was held in front of the West Hartford Town hall a few Saturdays ago, the group “We the People for Democracy and Fight Against Injustice and Inequality” have decided to hold another one on the other side of the town.

“It was such a success, more than twice as many people arrived than we expected, especially because of COVID concerns, it was such a great thing to see,” explained co-organizer Gail Crockett. “So we got a lot of calls to do it again. We felt let’s do it in a different area of West Hartford to reach out to others.”

The location for this event will be on New Britain Avenue, in the Wolcott Park area near the bus stop shelter, along the sidewalk on Saturday, Oct. 3 from 11 a.m.-noon, weather permitting. Parking will be in the lot near tennis courts, around the corner and along the side street for safety reasons.

Similar to the Sept. 12 event, it will be one hour of protestors standing silently holding signs with the names of police victims and killed in last two years in Connecticut and other states, as well as others killed due to racism like Emmitt Till, Rodney King, Medgar Evers, and more. There will be no speaking, marching, chanting, or shouting. It is not a political event; the public and all ages are welcome with plans for it to be handicapped accessible.

Attendees are still asked to socially distance themselves, wear a mask at all times, and be cautious of others in this time of COVID.

“It is our hope one day, soon, that we never have to do this again,” said Tate. “It’s awful that we are forced to have to do it even now in this day and age. We are better than this.”