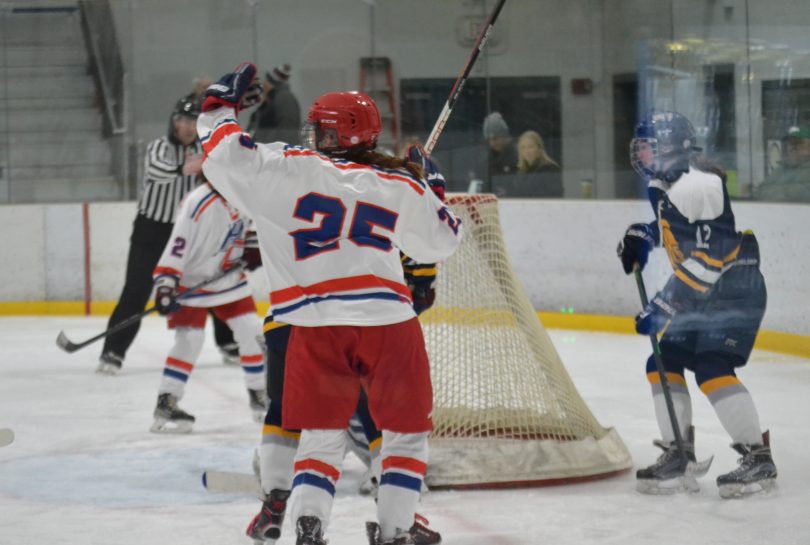 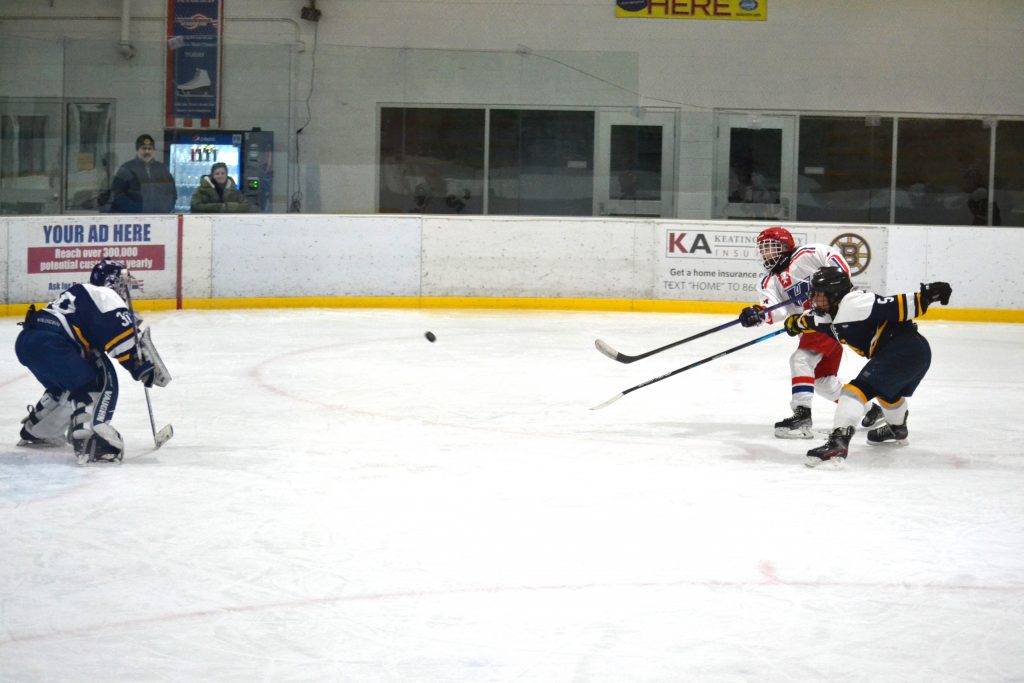 Tanner Cohane of Hall/Conard fends off a Simsbury defender to get her shot on goal. Hall/Conard girls hockey. Jan. 3, 2023. Photo credit: Paul Palmer

The Hall/Conard Pirates scored twice in just under two minutes to open their girls hockey game with Simsbury. Unfortunately, that would be all the scoring they would do as the Trojans battled back to tie the game in the third and win it in overtime 3-2 on Monday night at Veterans Memorial Rink in West Hartford.

Gracey Ganey opened the scoring at 1:31 into play when her wrister from just inside the blue line beat Simsbury goalie Genevieve Knight for the 1-0 lead. That lead doubled 1:55 later when Quinn Bacon picked up a loose puck behind the Simsbury cage, skated to the side of the net, and put in a tough angle shot.

The Pirates continued to have chances in the period – and the rest of game – to add to their lead. 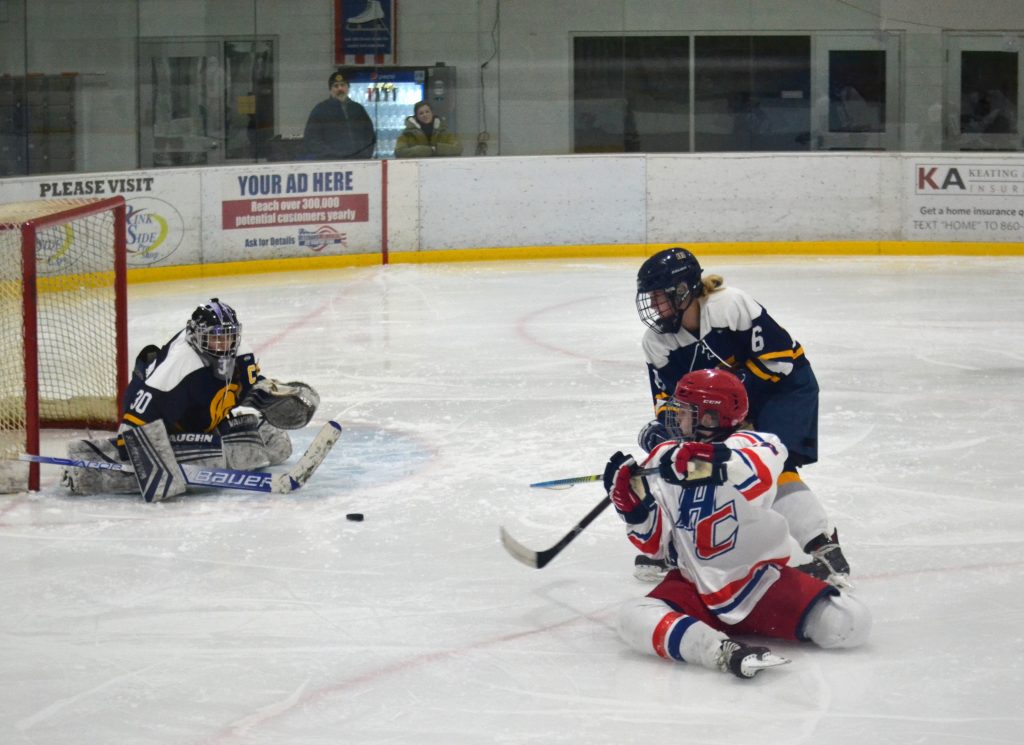 In the opening frame Avery Wolfe, who was everywhere on the ice, passed the puck to herself off the boards and came in on Knight, but the Simsbury goalie made the save. With just 90 seconds to go, Teagan Cohane saw her shot saved, and Simsbury rushed the puck back up ice, leading to a sprawling save by Hall/Conard’s Sofia Levesque to keep it at 2-0.

“We are limiting red zone shots,” said first year head coach Paul Stone of his squad. “That puts us in a better position to score, we just haven’t been able to get at least one or two of those.” 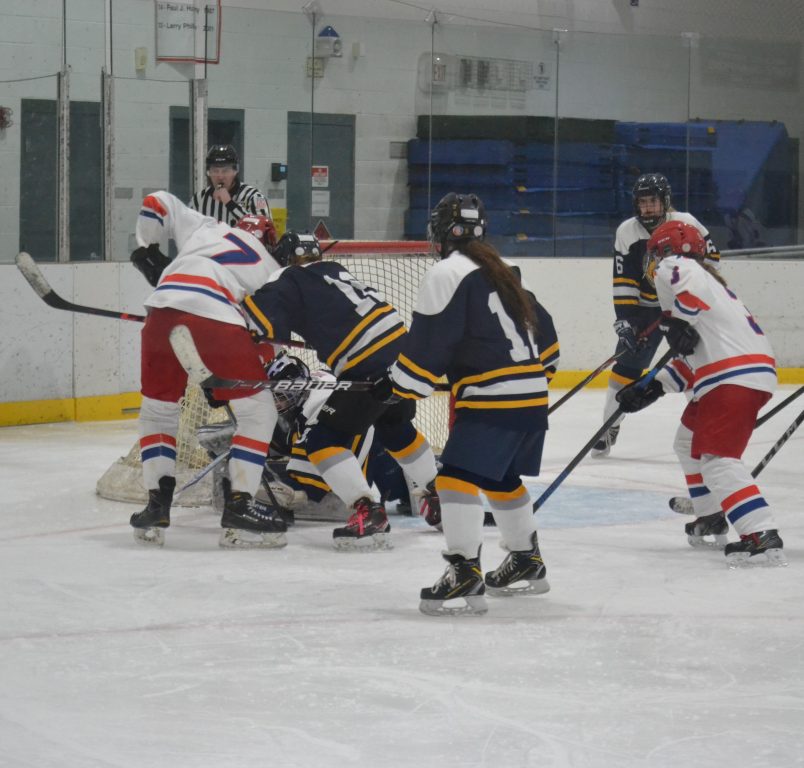 When the second period began, Simsbury amped up its energy and took near total control of things. It paid off 2:50 into the period when Thora Clark slipped a puck between a pair of Pirate defenders at the blue line and beat Levesque with the shot.  The Trojans would outshoot the host team 13-9 in the second period, with both Knight and Levesque being called upon to make some big saves. After 30 minutes, Hall/Conard held a 2-1 lead.

Simsbury started the final regulation frame by keeping up the pressure, but they were not able to get any dangerous shots on Levesque. Hall/Conard came alive and for a five-minute streak kept the puck in and around the Simsbury zone.

“We knew they would wear down a little and we took the momentum back for much of the third period and overtime,” said Stone.

The tying goal for the Trojans came with just three minutes to go, when Grace Jacobs banged in a rebound right in front of the goal while Simsbury was on the power play. 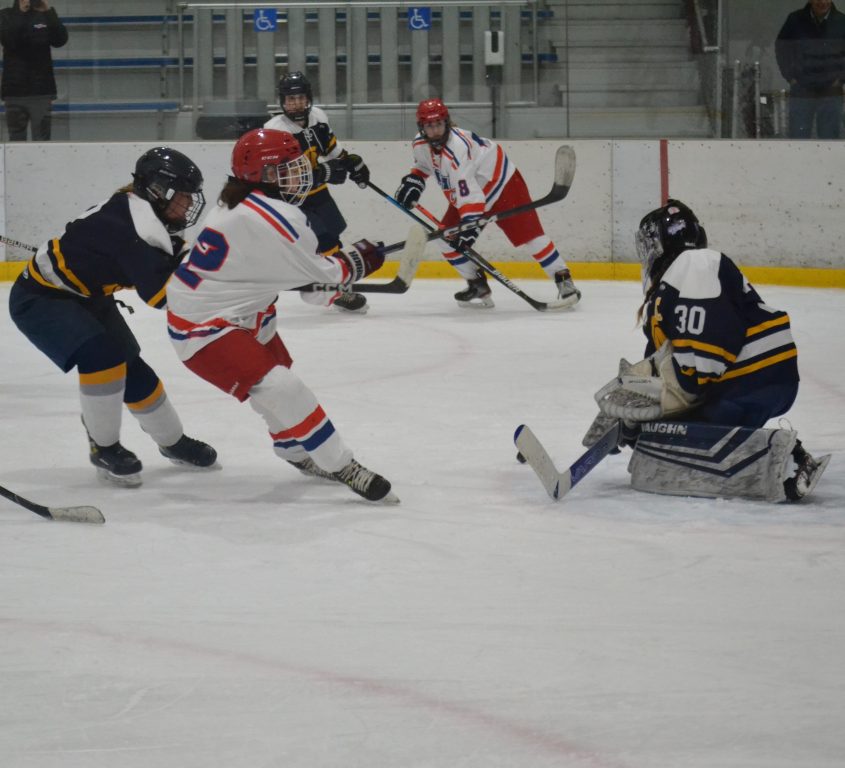 Cohane had a golden chance for the game winner with 1:19 to go when she used her speed to earn a mini breakaway on Knight, but her shot went just over the crossbar. In the third, Simsbury outshot the Pirates 18-8, overall 45-27 for regulation.

Each team would have its chances as the 8-minute overtime period began. Fiona Campbell – who played well on defense for the Pirates – had two whacks at a puck that popped in the air, but Knight managed to wrangle it in. Avery Selstad nearly ended it when she ticketed her spin around shot to the net, but it went high. 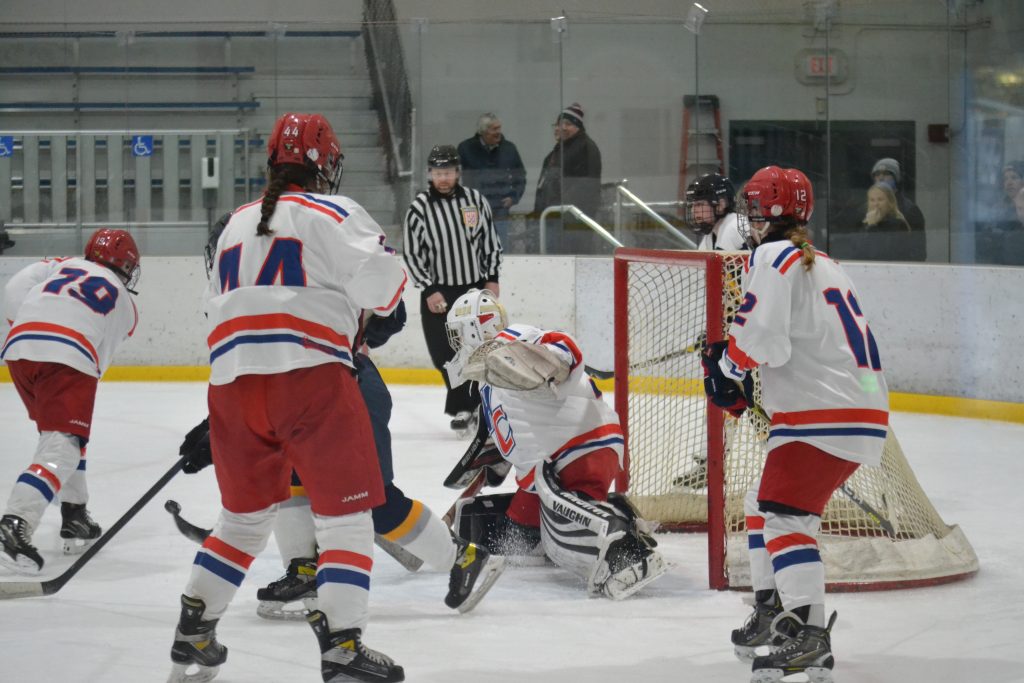 Simsbury continued to skate hard and look for the opportunity to get one more puck past Levesque. With 40.4 seconds to play, Hall/Conard turned the puck over at the blue line. Nora Walsh got the first shot and Jacobs got a whack at the rebound before Clark managed to score her second of the game and complete the Trojans comeback.

“I haven’t seen any quit in this team all season,” said Stone of his now 2-5-1 squad. “We are trying to teach them how to be thinking players. Their effort goes a long way, but now we have to think a little more.”

The loss is the second OT loss in a row for the Pirates. They will get a chance at redemption on Wednesday night when they complete the home and home series at Simsbury. 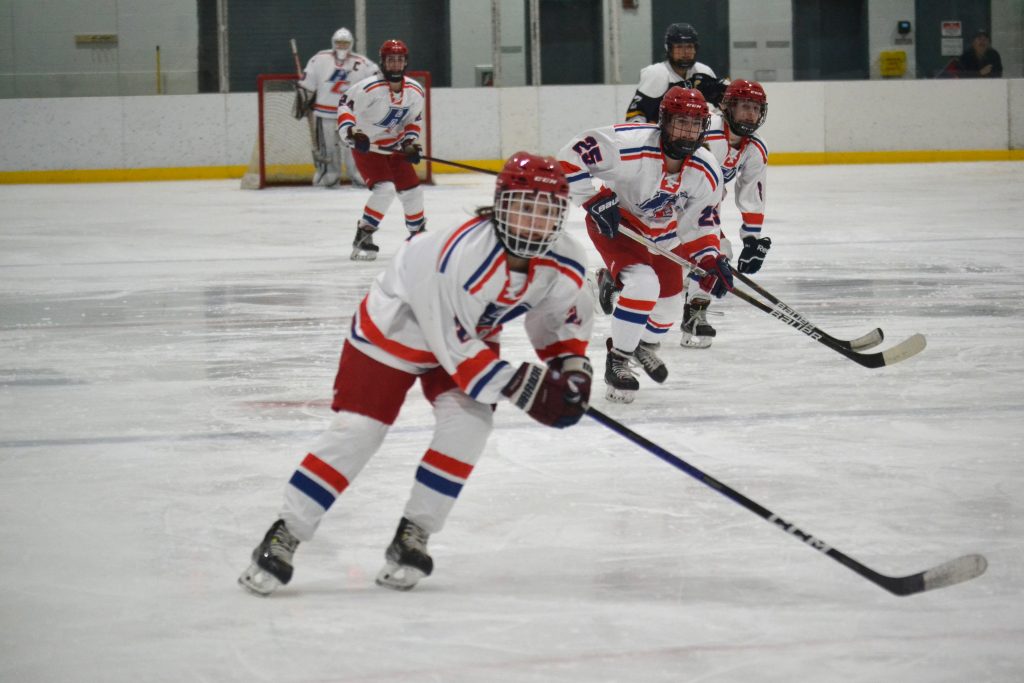