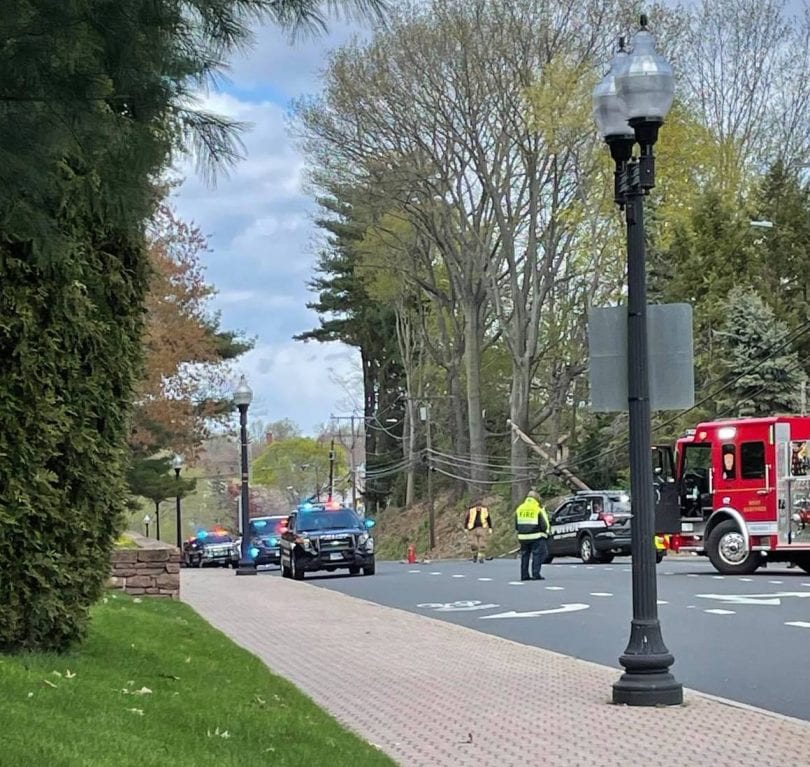 Burgoyne Street and South Quaker Lane are temporarily closed off while crews respond to a vehicle that crashed into a utility pole. Photo courtesy of Anton Brel 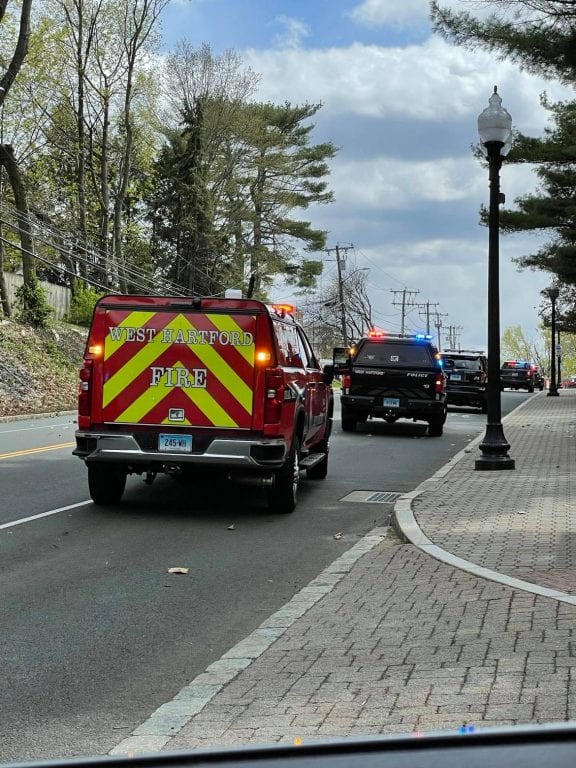 Burgoyne Street and South Quaker Lane are temporarily closed off while crews respond to a vehicle that crashed into a utility pole. Photo courtesy of Anton Brel

West Hartford Police said a driver crashed into a utility pole near the intersection of South Quaker Lane and Burgoyne Street on Thursday afternoon, breaking the pole and resulting in a loss of power to customers in the area.

According to police, the incident was reported at 2:20 p.m. Thursday, and involved a single vehicle that had crashed into and broken a utility pole. Wires were down, and the grass had caught fire, Capt. Michael Perruccio said.

There were two occupants of the vehicle and police said the driver as well as the passenger were transported to an area hospital, but the extent of injuries was unknown.

Burgoyne Street as well as a portion of South Quaker Lane were closed to traffic for clean-up and investigation, and Eversource was also en route.

As of 2:40 p.m., Eversource’s outage map showed that 822 customers in West Hartford were without power, but it was not known whether all were a result of the crash. At the same time statewide, amid gusty winds, there were 1,463 Eversource customers without power.