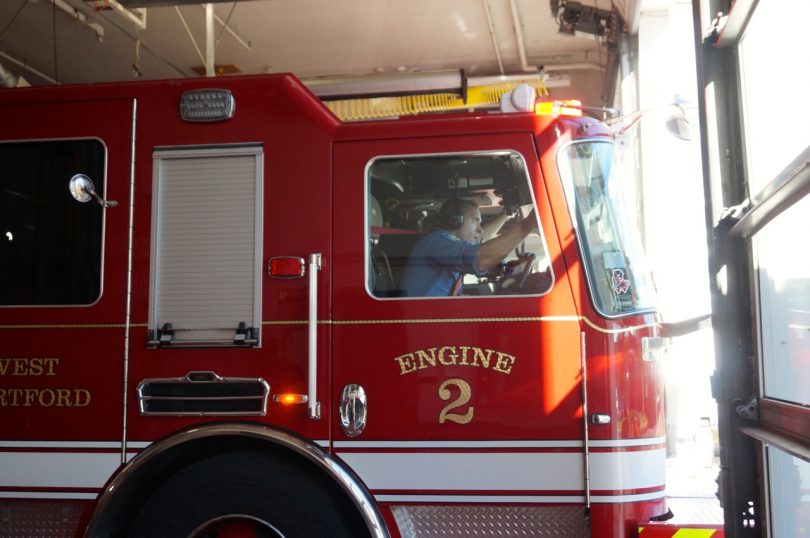 West Hartford firefighters responded to a call at a home on Park Road early Thursday morning, and assisted with the delivery of a baby boy. 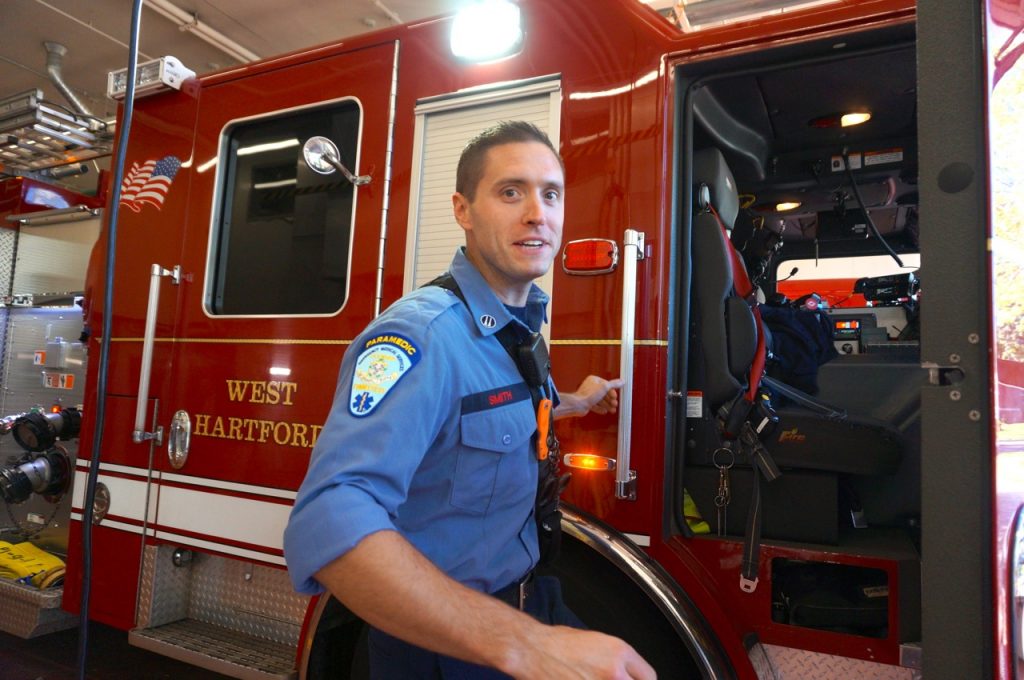 The overnight shift was anything but dull for the team of West Hartford firefighters who were working at Station 2.

Right around 4 a.m. on Thursday morning, the crew responded to a medical call on Park Road, where a woman was in labor. It turned out that when firefighters arrived, the baby’s birth was imminent and there was no time to get the mother to the hospital.

“She was a couple of weeks early,” Smith said as he addressed a group of reporters on Thursday afternoon.

The mother had been having contractions and her water had broken around 3:15 a.m., Irvine said. She had called her doctor and then called 911 less than 30 minutes later. The baby-to-be’s father was not home at the time, and she had been waiting for him to take her to the hospital.

When they arrived, and assessed the situation, it was clear that there was no time to get the mom to the hospital, and the last thing they wanted to do was have the baby born in a moving vehicle. “We had to make the decision we were going to do  it there,” he said.

Irvine, whose role was the paramedic on the crew, handled the actual delivery and cut the cord.

The mom was already in the bedroom, which was helpful, and the firefighters were able to make it more of a sterile environment before the birth.

“We have to go in eyes wide open,” Irvine said. In this case, it was the baby’s will that it was going to be born right then.

Smith said the mom was great, and remained calm. Several of her older children were in the residence at the time.

This was the second time Smith had assisted with a birth, and it was the eighth time for Irvine, but it was a first for Sinatro as well as for Shea, who just gotten married a few weeks ago and does not yet have any children. 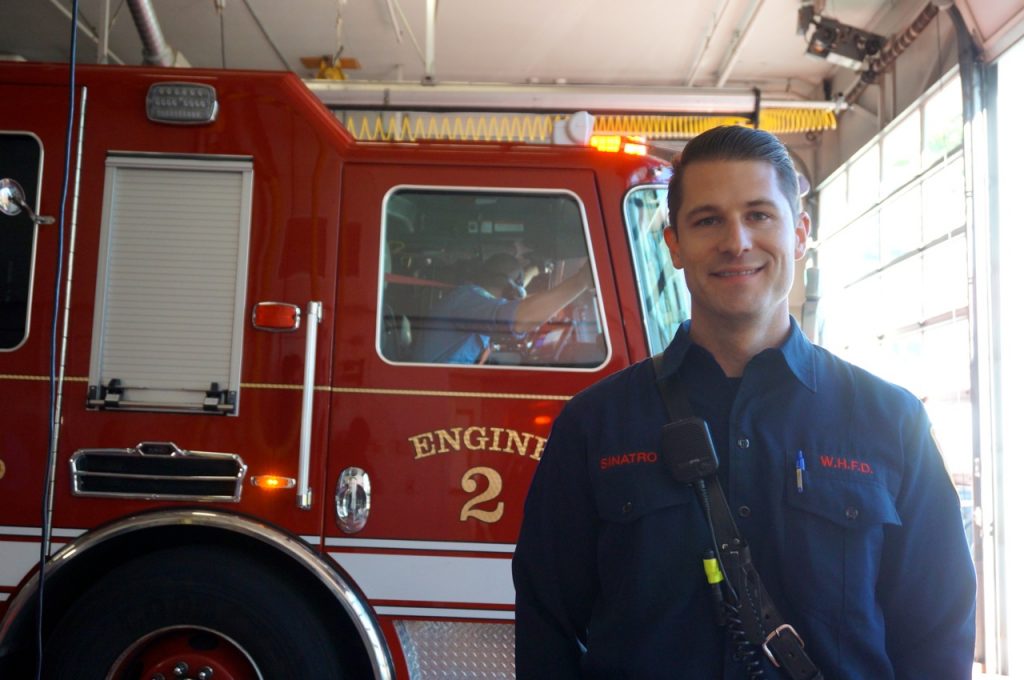 “This was my first time. This was on my bucket list to do in my line or work,” said Sinatro, who was present at the birth of his own two children. “Medically, this was very special.”

Sinatro said that Thursday morning’s experience wasn’t scary. “Lars [Irvine] is a great paramedic, and it went very smoothly. I’m very proud of the guys, the way they stayed calm.”

Firefighters do receive training in delivering babies, and observe births in labor and delivery, but there is nothing like going through the mechanics of it, Smith said.

“We do about 9,000 calls a year, divided among five fire stations, and 90 percent of the time it’s not a good day for people,” Smith said. “This is one of the narrow range of calls where it has a good outcome.”

The positive outcome was the result of great teamwork, Smith said. One of the challenges in a case like this was that they quickly went from one patient to two – one of which was very fragile. 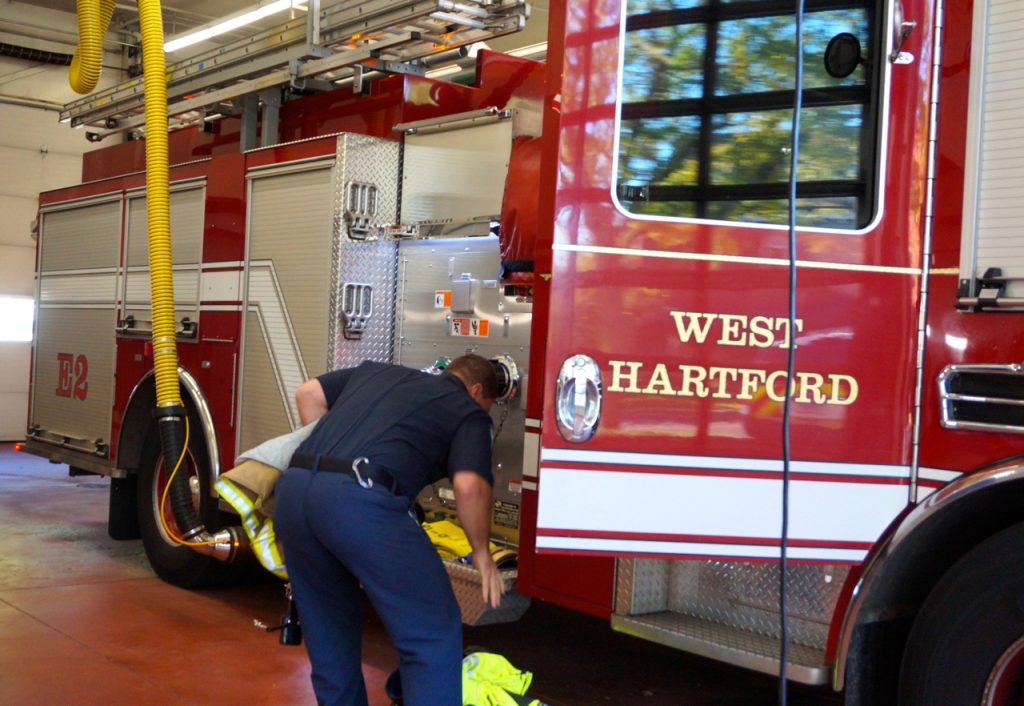 FIrefighter/Paramedic Lars Irvine gets his gear to head off to a call. Photo credit: Ronni Newton

West Hartford Police were also on the scene to provide assistance, as was a crew from AMR Hartford that also transported the family to St. Francis Hospital.

“I spoke with mom this morning and everyone is doing fine,” Assistant Chief Greg Priest said.

Sinatro said that he hopes to have a chance to meet the mom and the baby again.

It’s difficult to schedule meetings with firefighters on duty, however, and before the crew could pose for a photo all together on Thursday afternoon, a call came in and moments later they were gone.