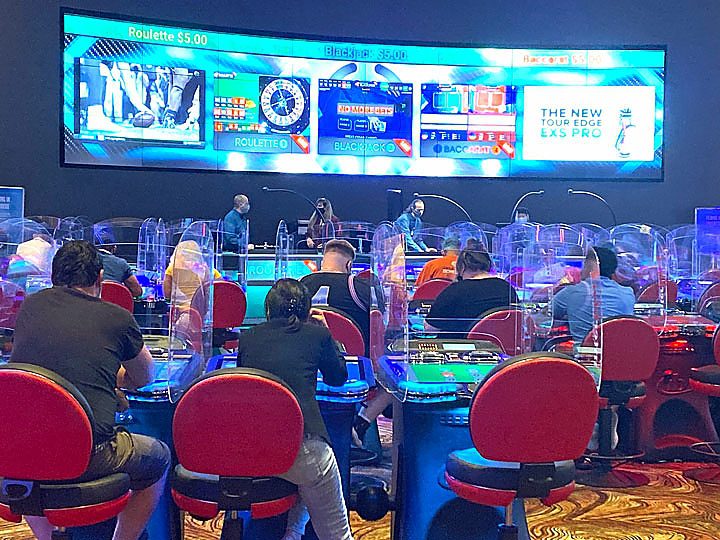 The state has classified the regulations as ’emergency regulations,’ to expedite the process.

Lawmakers voted in May to legalize the new market after Gov. Ned Lamont’s administration negotiated agreements with the two federally-recognized tribes that operate casinos in Connecticut. The resulting changes to the state’s compacts with those tribes are pending approval by the U.S. Department of Interior’s Bureau of Indian Affairs.

On Tuesday, the committee gave a green light to 82 pages of regulations drafted by the Department of Consumer Protection. The panel voted 9 to 4 to approve the regulations.

In a letter to lawmakers earlier this month, Consumer Protection Commissioner Michelle Seagull explained that the regulations “create a licensing structure and implement provisions for responsible gaming and data privacy protections in order to ensure consumer safety and gaming integrity for new gaming markets in our state.”

The bipartisan panel debated the regulations for about an hour. The state has tried to quickly draft the regulations, classifying them as “emergency regulations” in an effort to expedite the process. Some lawmakers objected to the rush.

“I think it’s a little transparent that we’re trying to beat the kick off to the NFL season, which I think is outrageous. We have twisted and turned the state government in all its power to beat a deadline that didn’t need to be beat,” Rep. David Rutigliano, R-Trumbull, said.

“Land of steady habits. I’d rather walk instead of run,” Kissel said. “I don’t see a race here. We’re behind other states as it is, I’d rather get it right.”

Throughout the meeting, Kissel worried about the impacts the new forms of gambling could have on problem gamblers. He sought unsuccessfully to amend the regulations to block use of joint bank accounts to fund online or sports betting.

Seagull said regulators had tried to find a balance.

“A lot of the areas we regulate at DCP, whether it’s liquor, adult use cannabis, gaming is that– there’s an activity and the state wants to allow it and for, I think, the majority of adults, it can be done responsibly and so we are always striking the balance of how do we enable this activity with the least amount of undue burden … while also being cognizant there is going to be a subset of people who will have challenges,” Seagull said.

In general, members of the committee praised the department for its quick work throughout the past few months to draft the regulations.

“[The department] seems to have gotten them right. We know they are setting up a major industry in the state and we all know that businesses need certainty so we didn’t want to pass regulations that would have a wholesale change in six months,”  Sen. James Maroney, co-chair of the committee, said.

In a statement Tuesday, the governor thanked the committee and praised the panel’s debate as “thoughtful” and committed to the process.

“The passage of the regulations for sports wagering and online gaming is a significant step forward for Connecticut and our partners in this new marketplace. In working collaboratively with the Mohegan Tribe, the Mashantucket Pequot Tribe, and the Connecticut Lottery Corporation, Connecticut has crafted nation-leading legislation, which will position our state as a leader in this space and will provide an elevated user experience for eligible residents,” Lamont said.

In a statement, Rodney Butler, chairman of the Mashantucket Pequot Tribal Nation, said the regulations would likely need clarifications as Connecticut gains experience in the new market. He expected action from the U.S. Department of Interior within the next two weeks, which will enable the Consumer Protection Department to begin issuing licenses.

“With the NFL season kickoff fast approaching, we are working to launch online gaming and sports betting as soon as we are legally allowed to do so,” Butler said.