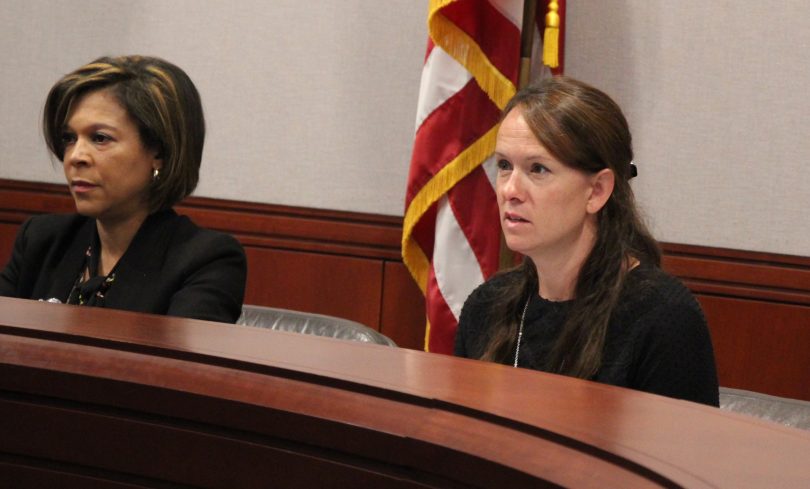 “We all want what is best for our children and to prepare all students to realize their potential. If pushing back school start times can help us achieve that, then we can and should find a way to make it happen,” said Gilchrest.

“As a member of the Guilford Board of Education, I served on the school start time task force. Through that work I saw first-hand how incredibly difficult it was to reach consensus around this issue,” said State Sen. Christine Cohen. “However, state guidance on start times would ease some of the concerns while addressing the most important factor in all of this – the mental health and well-being of our youth. The research is clear. While we know many students have reported feeling anxious, stressed, tired and depressed, we have also seen positive changes in those districts that have implemented later start times. It is promising that we are beginning to have discussions on this at the state level.”

“Sleep is a critical component of mental and physical health,” said State Rep. Lucy Dathan (D-Norwalk/New Canaan). “Scientific studies show that, due to teens’ internal clocks, later school start times result in teens getting more quality rest. Lack of sleep can cause anxiety, depression, a decrease in judgment and inhibits learning. I support this initiative and look forward to working with my colleagues on this public health issue. Our children are chronically sleep deprived and we should find solutions to help them.”

“This is a matter of public health. Every day that we force children to get up early, creating chronic sleep deprivation, we are doing them harm. And the evidence is mounting that the effects are the greatest on those already marginalized.  If we want to begin to close the achievement gap, reduce mental illness, improve grades and graduation rates, and reduce car accidents, this is a one-time fix that will move us in that direction,” said Sarah Raskin, Charles A. Dana Professor of Psychology and Neuroscience at Trinity College.

A statewide change would eliminate most of the obstacles individual towns face in terms of athletic events and childcare options.

In recent years, several Connecticut school districts opted to move to later school start times. These towns include Guilford in 2018, Newtown in 2017, and Wilton in 2003, among others. School officials in Norwalk, New Canaan, and West Hartford have explored moving to later start times this year; however, stakeholders in each district continue to debate the issue.

Studies have demonstrated that teenagers do not fully wake up until at or after 8 a.m., and less than 15 percent of high school students get the recommended 8 hours of sleep per night. Districts with later start times saw improved health among its student population, fewer tardiness and truancies, improved graduation rates, greater academic achievement, and higher test scores.