State Rep. Derek Slap (D-West Hartford) will be joined by his daughters when he testifies on a pay equity bill Tuesday. 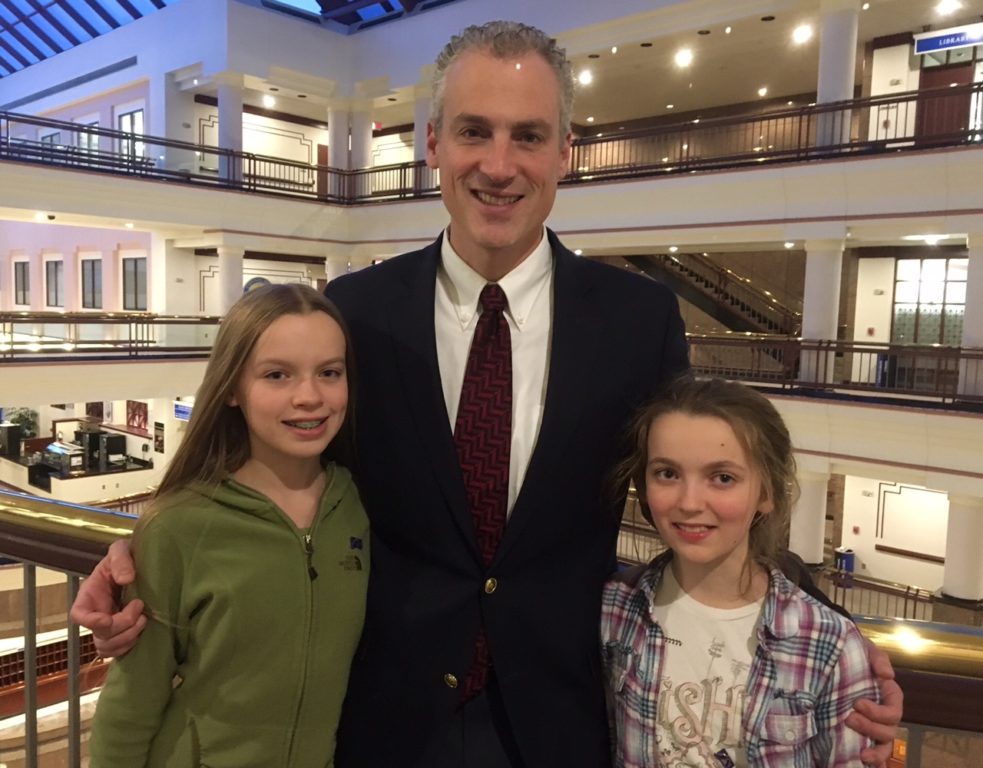 Rep. Derek Slap (D-West Hartford) and his two daughters (ages 12 and 10) are set to testify at a public hearing Tuesday in support of House Bill 5210, which would help close the gender wage gap in Connecticut.

Introduced by Slap and co-sponsored by a number of legislators, the bill is modeled after a measure that passed unanimously in Massachusetts last year and was signed into law by Gov. Charlie Baker.

According to the National Partnership for Women and Families, “On average, Connecticut women who are employed full time lose a combined total of more than $5.5 billion every year due to the wage gap. These women, their families, businesses and the economy suffer as a result. Lost wages mean families have less money to save for the future or to spend on basic goods and services – spending that helps drive the economy.”

“Wage discrimination isn’t only unfair, it’s bad for families and our economy,” said Slap. “I look forward to testifying with my daughters on this important issue and working with members of both parties to enact these common sense protections.”

Kate Farrar, executive director of the Connecticut Women’s Education and Legal Fund, said, “Women in our state are paid 83 cents to every dollar paid to men, an inequity that is even larger for women of color. HB 5210 takes significant steps towards closing the gender wage gap in Connecticut by prohibiting the use of salary histories in the hiring process, a practice that contributes to the cycle of lower salaries for women that carries on throughout their careers. CWEALF supports efforts to close the gender wage gap in our state and keep Connecticut a leader in policies that support gender equity.”

Slap urges folks to attend and testify at the public hearing on Jan. 31 at 11 a.m. in Room 2E of the Legislative Office Building.