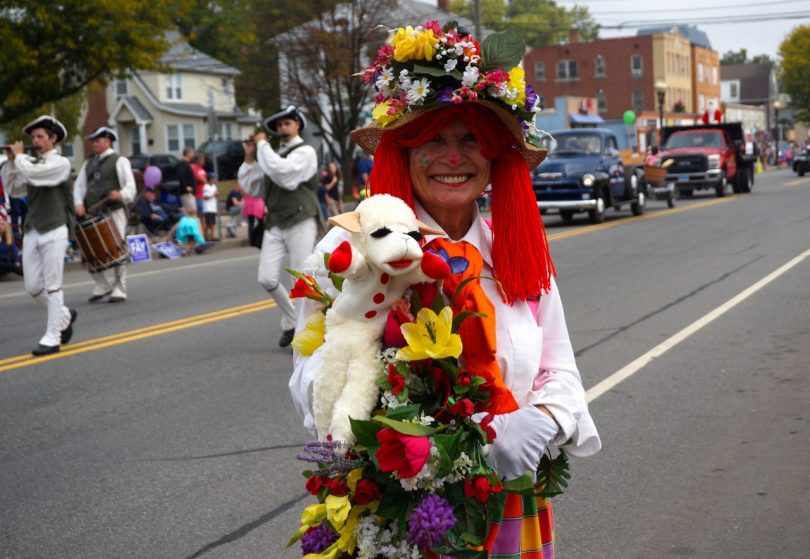 The Street Faire fundraiser will be held at the Pond House Café and will benefit the 20th anniversary edition of the Park Road Parade.

Clowns, music, dancers, and the aroma of street faire food will fill the Pond House Café on Thursday, April 12, as the organizers of the annual Park Road Parade kick-off their 20th Anniversary with a fundraiser.

“There is no better way to get everyone in the mood for a parade than to bring it indoors in a very fun, family-friendly way! You will see some of your parade favorites performing in unexpected ways,” said John Paindiris, co-president of the Park Road Association.

“Twenty years is an important milestone. This kick-off event will be the first of several celebrations between now and parade day, Saturday, Oct. 6,” said Tracy Flater, co-president of Park Road Association.

“The parade is truly a celebration of everything that is good in West Hartford. We encourage creativity, zaniness, and spirit. Anything goes in this parade,” said Tony Landino, volunteer and parade organizer.  Groups are rewarded for their creativity, costumes, floats, and talent.

Each year the Park Road Parade has nearly 1,000 participants and more than 7,000 spectators. A parade of this magnitude requires a lot of planning, support, volunteers and funding.

“The parade is a grassroots effort that benefits all of West Hartford. Every dollar raised goes right back into the parade. The funds are used to pay for bands, decorations, volunteer shirts and promotion,” said Renée McCue, public relations specialist and parade organizer.

Mark your calendar for April 12 and drop-in with the whole family any time from 6 to 9 p.m. at the Pond House Café at Elizabeth Park, 1555 Asylum Ave. Admission is $20, and a cash bar will be available. Click here to get your tickets in advance.

One-hundred percent of the proceeds benefit the 20th Anniversary Park Road Parade. Organizers say this year will be bigger and better than ever!  For more information, visit www.ParkRoadCT.com.