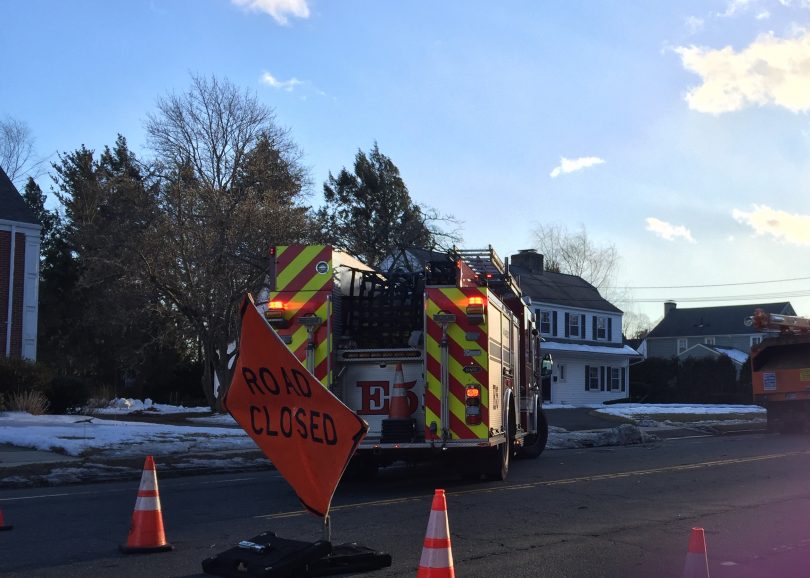 Roads have had to close throughout West Hartford on Monday while crews clean up downed trees and limbs and restore power. 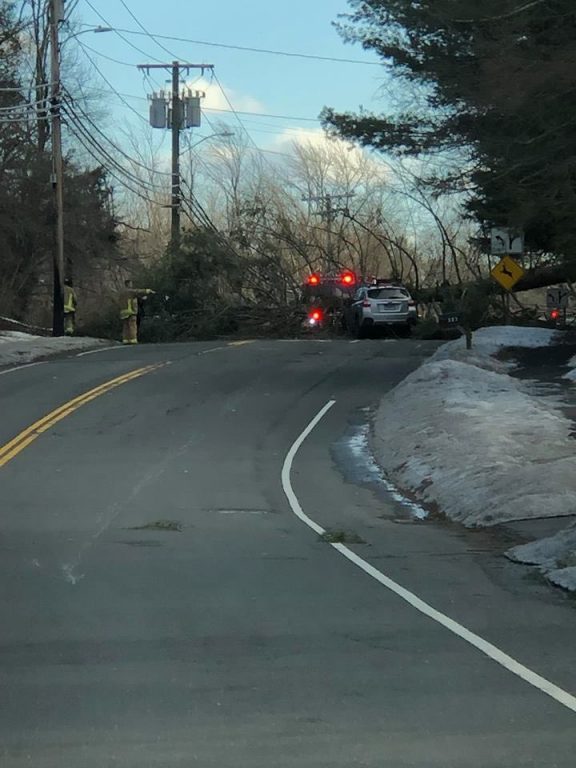 The wind began howling late Sunday night, and did not let up throughout the day Monday, as gusts of more than 50 mph downed limbs and even entire trees – many of which took down power lines in their wake.

According to NBC Connecticut Chief Meteorologist Ryan Hanrahan, wind gusted up to 56 mph at the station, which is located in West Hartford. The top wind speed in the state, according to Hanrahan, was 63 mph at Bradley Airport at 4:17 p.m.

Peak gust across the state was at BDL when the anemometer measured 63 mph at 4:17 p.m. #nbcct pic.twitter.com/K7mtlqWZJP

Director of Public Works John Phillips said that crews were cleaning up downed trees on Arlington Road, Whitman Avenue. Sedgwick Road was closed near Newport Avenue due to a tree that had fallen on power lines.

A tree that fell on Mountain Road near Fern Street knocked out power to some residents, and a large branch fell across Ridgewood Road between Sedgwick Road and Boulevard, strewing wires across the road, Phillips said.

According to the National Weather Service, winds will continue to gust between 45-50 mph overnight, and will calm slightly on Tuesday, with a continued chance for gusts in excess of 25 mph. 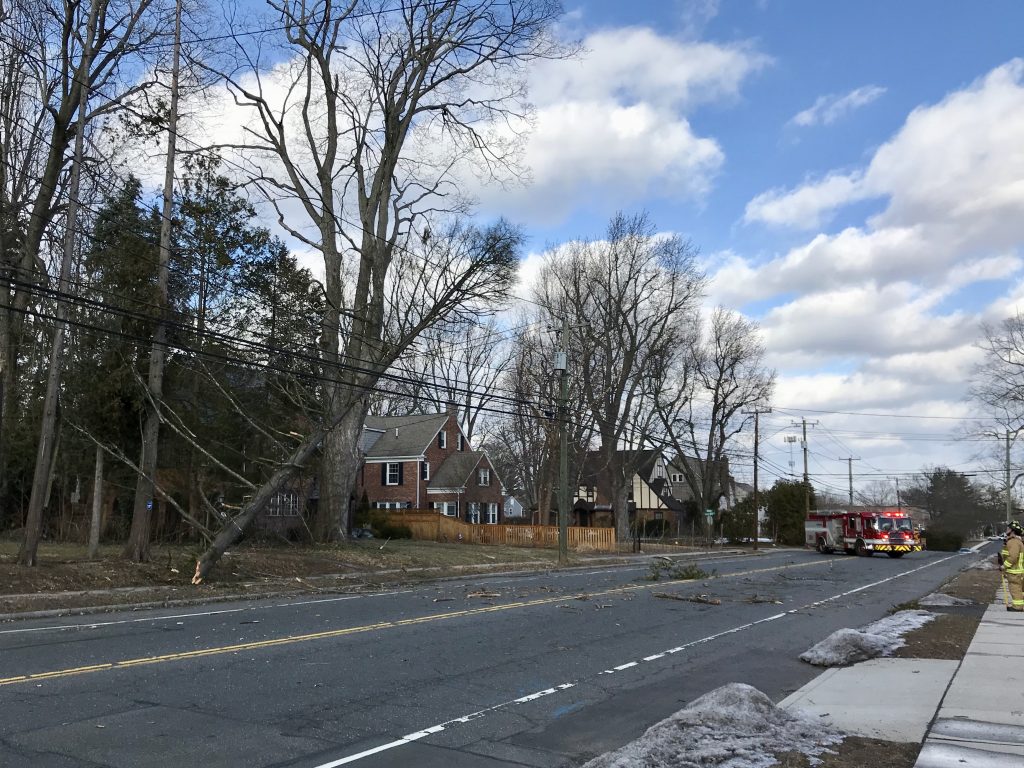 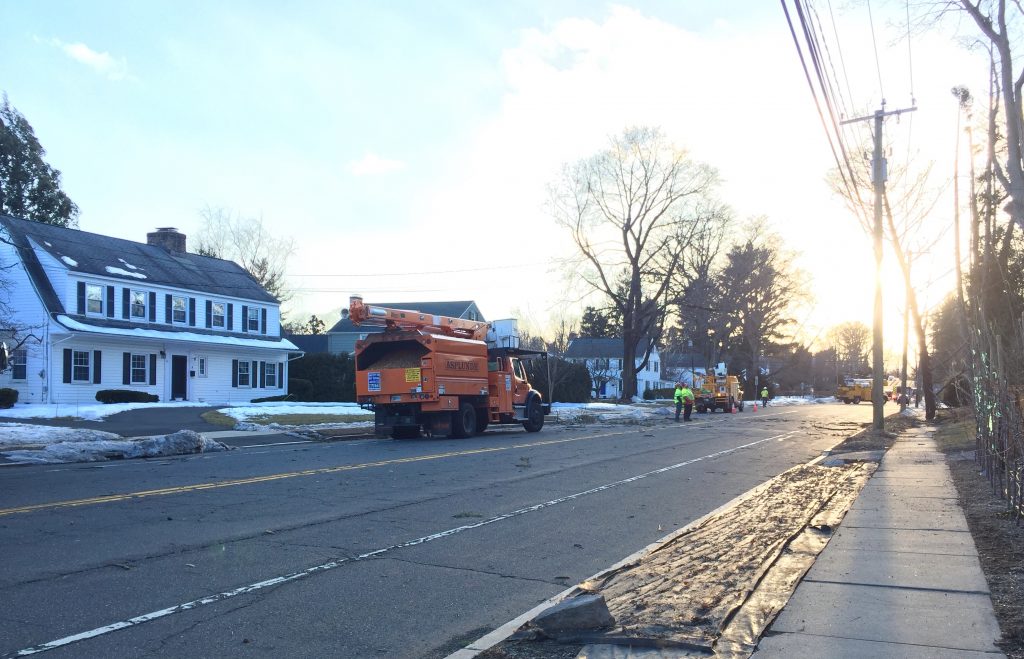