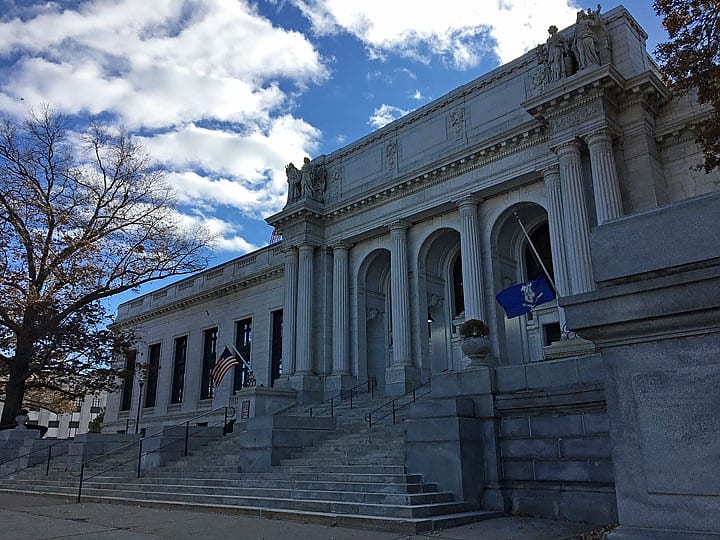 The House of Representatives last week passed a bill extending the governor’s executive orders through May 20, and the Senate is supposed to consider it this week.

The state Supreme Court reaffirmed the constitutionality of Gov. Ned Lamont’s pandemic-related emergency powers in a unanimous opinion released this week as the state Senate considers extending those powers for another month.

The opinion, written by Justice Andrew McDonald, explains the reasoning behind a four-page order issued by the court late last year when it upheld Lamont’s authority against a challenge from the owner of Casey’s Irish Pub in Milford. The governor ordered bars across the state closed in an effort to slow the spread of the coronavirus. The plaintiff argued against the order and the constitutionality of the state laws underpinning the governor’s emergency declarations.

In the 30-page opinion, the court concluded that the emergency powers and Lamont’s orders were constitutional.

“As long as Governor Lamont is acting within this admittedly broad statutory and constitutional authority – which we conclude that he is – it is not the job of this court to second-guess those policy decisions,” the opinion read.

Among the claims addressed by the court were the plaintiff’s assertion that the ongoing pandemic did not constitute a “major disaster” as it is described in the state law which some of the governor’s emergency authority is derived from. The court declined to interpret the law in that manner.

“… it would be absurd for the statutory scheme to be interpreted such that the governor could declare a civil preparedness emergency for an event such as a snowstorm, but not for the worst pandemic that has impacted the state in more than one century,” the opinion read.

When the Supreme Court heard oral arguments on the case in December, the plaintiff’s lawyer, Jonathan Klein said the statutes did not require enough legislative oversight of the governor’s emergency authority. He also said the legislature had abdicated its duty to oversee Lamont’s actions. Klein accused the governor of “essentially playing God under this statute.”

The court disagreed in the opinion released Monday.

The court’s articulated sanction of Lamont’s pandemic executive authority comes as the legislature is scrutinizing his continued emergency declarations. The Senate was expected to convene a session Tuesday to debate a bill authorizing him to extend those declarations from April 20 through May 20.

The House of Representatives passed the bill last week despite the opposition of Republicans who say the legislature should have a greater role in managing the pandemic. The legislature’s full consideration of the issue is a departure from previous extensions of the emergency declarations. A committee of 10 leaders allowed the governor to extend the declarations in September. Lamont extended the authority again in January without legislative interference.

The governor said his legal counsel, Nora Dannehy, recommended the entire legislature vote on the next extension.

In its opinion, the court suggested the General Assembly consider adopting greater oversight of the elements of the governor’s powers derived from the declaration of a civil preparedness emergency. In general, the court upheld the meeting of the committee of leaders as legislative oversight.

“Although not the equivalent of full legislative ratification, this procedure should significantly ameliorate concerns regarding legislative oversight,” the court said.

In a Monday press release, Attorney General William Tong praised the opinion as affirming the steps Lamont had taken to save lives.

“The Supreme Court decision is thorough, well-reasoned, and leaves no doubt that the Governor’s actions during this pandemic have been fully lawful and justified,” Tong said.

The opinion will have an impact on another ongoing case in which a group of parents challenged an executive order requiring students and teachers to wear masks in schools to slow the spread of the virus.

Lawyers in that case made similar arguments against the constitutionality of Lamont’s orders and the emergency declarations. A Superior Court judge in that case speculated that the governor’s executive orders likely required more legislative oversight but he acknowledged his decision would be superseded by the Supreme Court opinion released this week.