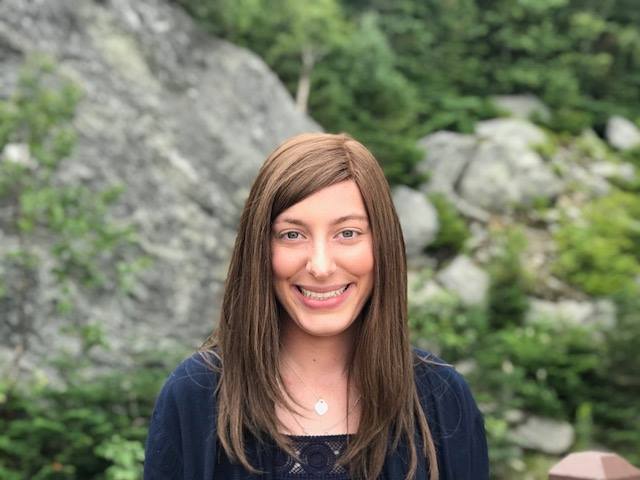 Ellie Brown, a senior at West Hartford’s Conard High School and co-captain of the field hockey team, received the shocking diagnosis on July 9 that she has Hodgkin’s lymphoma.

But rather than dwelling on the negative, Ellie and her family are choosing to celebrate life, and to do what they can to rally support for an organization they were already familiar with, and one that sponsors research into cures for cancer.

On Sunday, Sept. 30, “Ellie’s Entourage” will show its strength, and its support for life, at the fourth annual William Raveis Ride+Walk at Calf Pasture Beach in Norwalk. One hundred percent of all monies raised will go to the New York-based Damon Runyon Cancer Research Foundation, which in turn funnels 100 percent of donations directly to research.

Ellie’s Entourage – which includes a large number of Conard students as well as some Hall students – will be doing the 5K walk portion of the event.

As an employee of William Raveis Real Estate, Ellie’s mom, Beth Brown, was familiar with the Damon Runyon Cancer Research Foundation. She said that four years ago, when William Raveis’ wife was diagnosed with leukemia, the company, which had traditionally raised money for a breast cancer organization, began its support of the Damon Runyon Foundation. In the first three years, the company has donated more than $1.5 million to the organization.

“I love my job, I love my company, and I love that they’ve supported this organization,” Beth said. Her own mother, she said, died of leukemia and the cause really hit home.

“Damon Runyon provides grants to the nation’s emerging cancer researchers with the boldest and most daring ideas to find a cure for cancer,” said Beth.

Beth said that they want to have as many students as possible participate in the event, and Raveis has made an exception to the fundraising requirements in order to accommodate Ellie’s friends. High school students interested in participating in the walk should email [email protected]com to register.

“We knew the money would come, and it is in form of donations,” Beth said. Ellie’s Entourage has already raised thousands of dollars and is one of the top fundraising teams in the event. “I feel so supported by Raveis,” said Beth. “They’ve really rallied around Ellie and this team.”

Ellie’s friends and teammates have also rallied around her. The field hockey team is participating, as are some of Conard’s other sports teams, teachers and administrators, and West Hartford Youth Field Hockey. Hall’s field hockey team has also indicated plans to participate.

“It was completely devastating being diagnosed right before senior year,” she said. Field hockey has been Ellie’s passion, and she’s been attending showcases for several years with the goal of playing in college, but she’s unable to play this fall.

Beth said she makes it to school a lot, and even though she can’t play, has remained a field hockey captain alongside Anna Santoro, Isabel Lubin, and Abby Quinn, and attends practices and games when she is able. And, she’s very excited that she will be able to play field hockey in college

Beth said everyone has been positive from the beginning and is very grateful that Ellie has a very treatable form of cancer. “We’ve heard countless success stories and are working with a dream team at Connecticut Children’s Medical Center and are so thankful that we have such an incredible hospital just 10 minutes away,” she said.

Beth is hoping for a big turnout at the fundraiser, and in addition to raising money, it’s “to show Ellie how much she is loved and cared about.”

She’s ordering t-shirts for the team, that are being created by Dave Austin at Fresh Ink on Park Road. If you plan to participate, please indicate your interest as soon as possible by registering and email your preferred t-shirt size to Beth Brown at [email protected].

“We have a lot of support. It’s going to be a great day,” Beth said. Although the day will start very early, she said it’s a beautiful beach and the event, which includes lunch, also features the music of Bob Marley, performed live by The Wailers.

To make a donation:
https://www.raveisridewalk.com/index.cfm?fuseaction=donorDrive.participant&participantID=3941

Once you register you will have your own link (in your name) that you can send out to family and friends if you would like to raise money.

Anyone unable to attend who would like to donate can go to Beth Brown’s Fundraising page link: https://www.raveisridewalk.com/participant/ELLIES-ENTOURAGE

Anyone who would like to donate to Connecticut Children’s Medical Center on behalf of Ellie Brown, click here: http://give.connecticutchildrens.org/site/TR?team_id=2030&fr_id=1170&pg=team