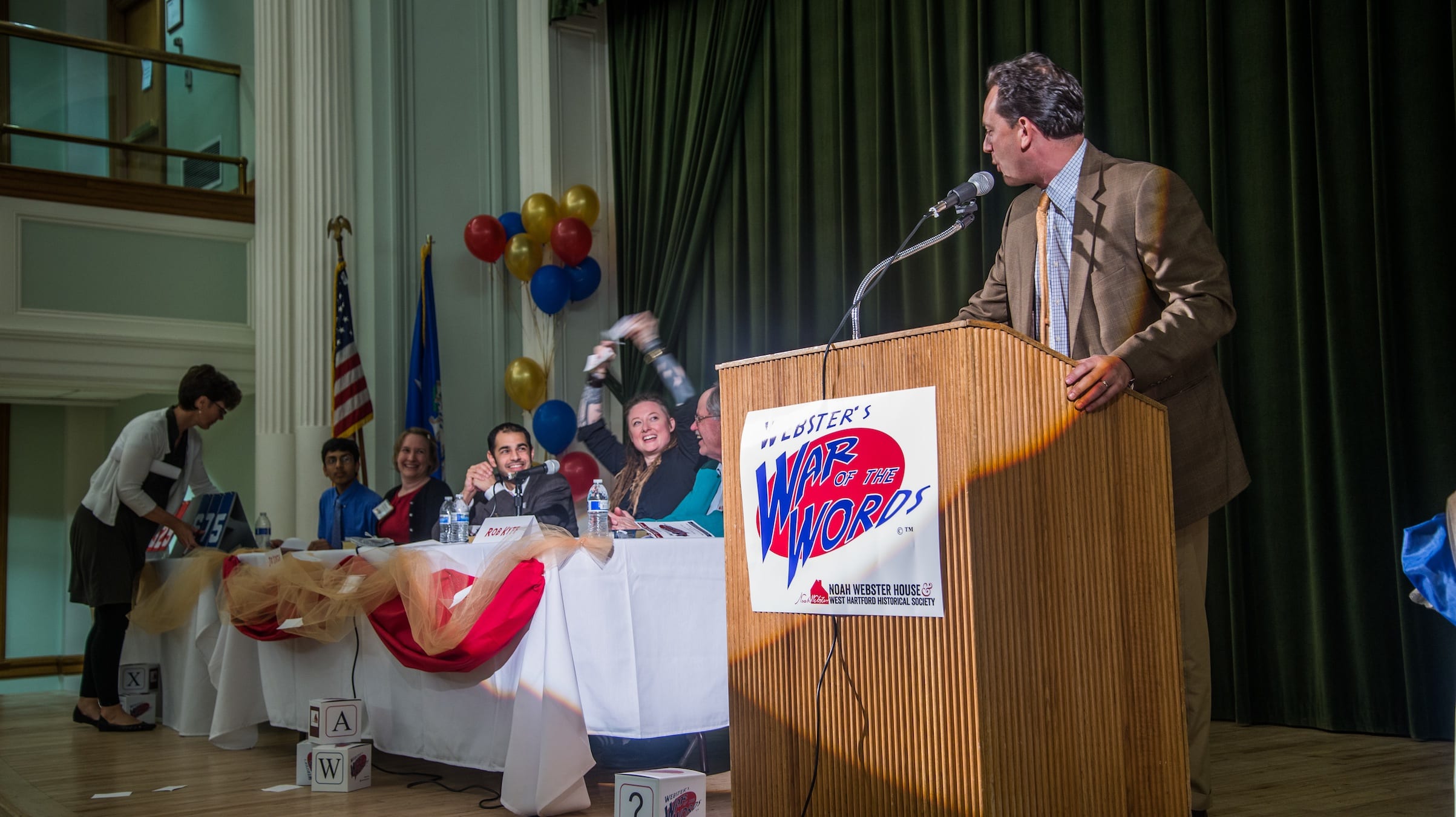 NBC Connecticut's Brad Drazen returns as emcee, and as a contestant for the 2016 Webster’s War of the Words – the definition of dinner and a show! Courtesy photo

The interactive game show ‘War of the Words’ will highlight the Noah Webster House and West Hartford Historical Society’s annual ‘dinner and a show’ event. 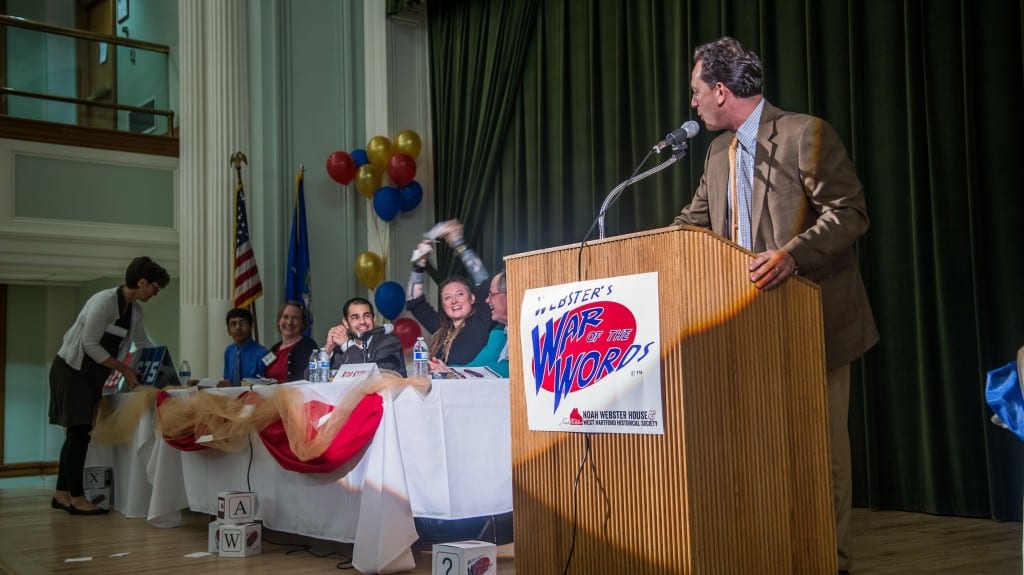 NBC Connecticut’s Brad Drazen returns as emcee, and as a contestant for the 2016 Webster’s War of the Words – the definition of dinner and a show! Courtesy photo

While enjoying a dinner prepared by Rizzuto’s along with a nice glass of wine, you may be inspired to discuss the difference between a “snollygoster” or a “frenemy.”

That’s not likely your normal, run-of-the-mill dinner table conversation – unless you are at “Webster’s War of the Words,” the Noah Webster House & West Hartford Historical Society’s annual benefit game show. And for the record, “snollygoster” was a term commonly used by President Harry S. Truman and is defined as “an unprincipled but shrewd person.” A “frenemy” is an enemy pretending to be a friend.

“Webster’s War of the Words is a fun, word-based game show that pays homage to the ultimate wordsmith – Noah Webster. The way we speak today, the words we use, how we spell them … it’s all because of Webster, the Father of American English,” Noah Webster House & West Hartford Historical Society Executive Director Jennifer DiCola Matos said.

“If you like word games, trivia and language, you’ll love Webster’s War of the Words! Our gameshow pits two teams of local celebrities against each other in a battle of wits and words. It’s a live, unscripted show with lots of audience participation – you just never know what’s going to happen,” Matos said.

Contestants on this year’s teams include Hartford Courant Editor Rick Green, RapOet Self Suffice, CT Explored Edutor Jennifer LaRue, Word Guy and Kingswood Oxford teacher Rob Kyff, and WNPR Producer Chion Wolf. NBC Connecticut’s Brad Drazen will reprise his role as the evening’s emcee, and for the first time ever will also be a competitor. Merriam-Webster Editor at Large Peter Sokolowski returns as host for the game show.

“I always look forward to Webster’s War of the Words, and this year I’m ready to compete!” said Drazen in a news release. “Not only is it a lively and uncommon event, but it benefits an important community institution.”

The event, which is presented by SKY Investment Group, includes dinner by Rizzuto’s, wine from 90+ Cellars, and beer from City Steam. There will also be a silent and live auction, with a wide array of items many of which revolve around a particular word or book.

Tickets, which include dinner and drinks, are $50 until April 24, and $60 thereafter. Buy a $75 ticket and sit with one of the celebrity contestants for dinner (advance sale only).  Tickets are available at noahwebster.yapsody.com or by calling 860-521-5362 x10.