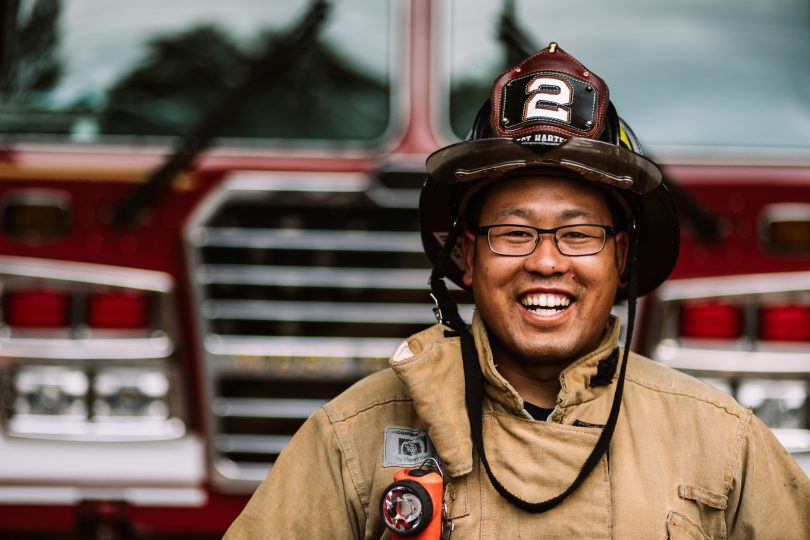 An exhibit by photographer Ginny Kemp will open at the Noah Webster House and West Hartford Historical Society on Sept. 23. 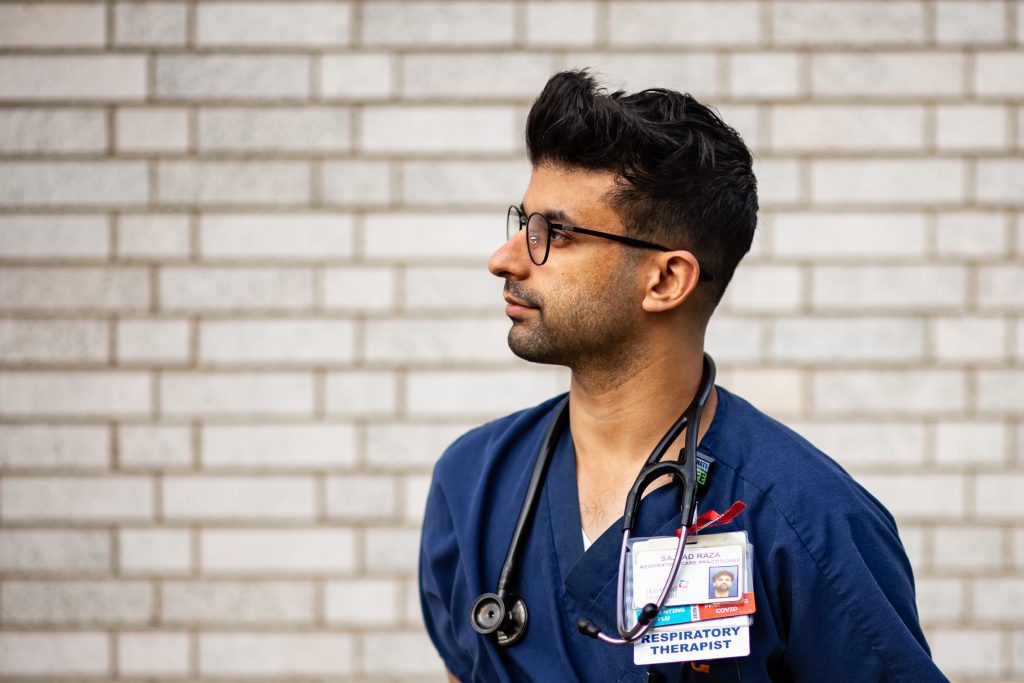 Inspiration, challenge, strength, and a host of other emotions are clearly evident in the faces captured by West Hartford photographer Ginny Kemp for “The Front Line Project,” which includes associated narratives of those who have had a profound impact on the lives of Connecticut residents over the past 18 months.

Kemp’s exhibit explores and connects with the reality of our “heroes” – those who have served the public in myriad ways throughout the COVID-19 pandemic.

Undertaking the project was a new focus for Kemp, whose photography has previously focused on architectural details.

She said the impetus for The Front Line Project followed a conversation with Noah Webster House and West Hartford Historical Society archivist Sheila Daley last fall. They had collaborated on an earlier project, and Kemp shared with Daley her plans to branch out into photographing people rather than just inanimate objects, something she said she had been afraid to do in the past.

Together they came up with the idea for The Front Line Project, and Kemp said it’s her way to make an impact on what we have all experienced by documenting the resilience and sacrifice of front line workers in the West Hartford community and surrounding area. She and Daley developed a list of questions to ask those who agreed to be photographed, and the responses to the interviews are a key element of the exhibit. 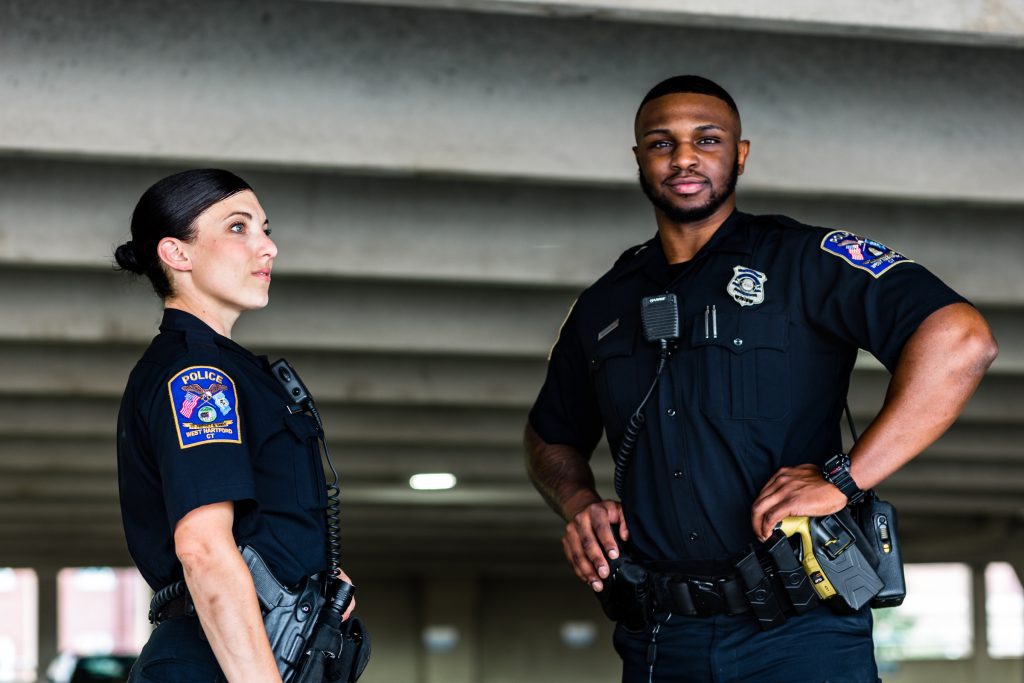 Kemp previously had a career as a social worker, and said she has always been drawn to people’s stories. She grew up in Michigan, and loved hearing the stories of her grandparents and looking through vintage family photographs and letters about their life on the family farm.

Those who attend the exhibit will also have the opportunity to share their own stories through written testimony, which Daley will add to the Noah Webster House and West Hartford Historical Society’s archives.

“It’s the most enjoyable project I have ever worked on,” Kemp said. “The only thing I regret is not being able to interview more people.”

The exhibit includes 20 large images, and a total of about 30 people were interviewed, Kemp said.

The are health care workers, town officials, first responders, transit workers, educators, and others who helped care for and lead the community during an unprecedented time. Most have a direct connection to West Hartford, and are either residents or work in town. 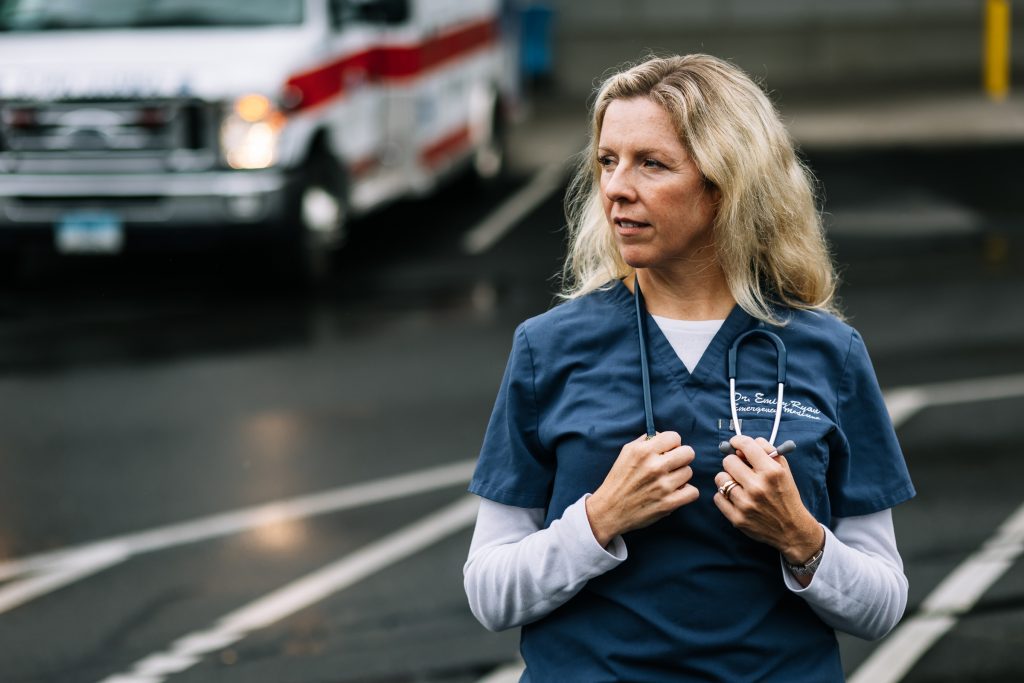 A few who were interviewed are from the Greater Hartford area, including a corrections officer who was responsible for inmates sickened with COVID, and George, a 40-year transit company veteran who only missed one day of work during the pandemic.

Following the opening reception, the exhibit will be on display through the holiday season is included with admission to the museum, which is open daily from 1-4 p.m. 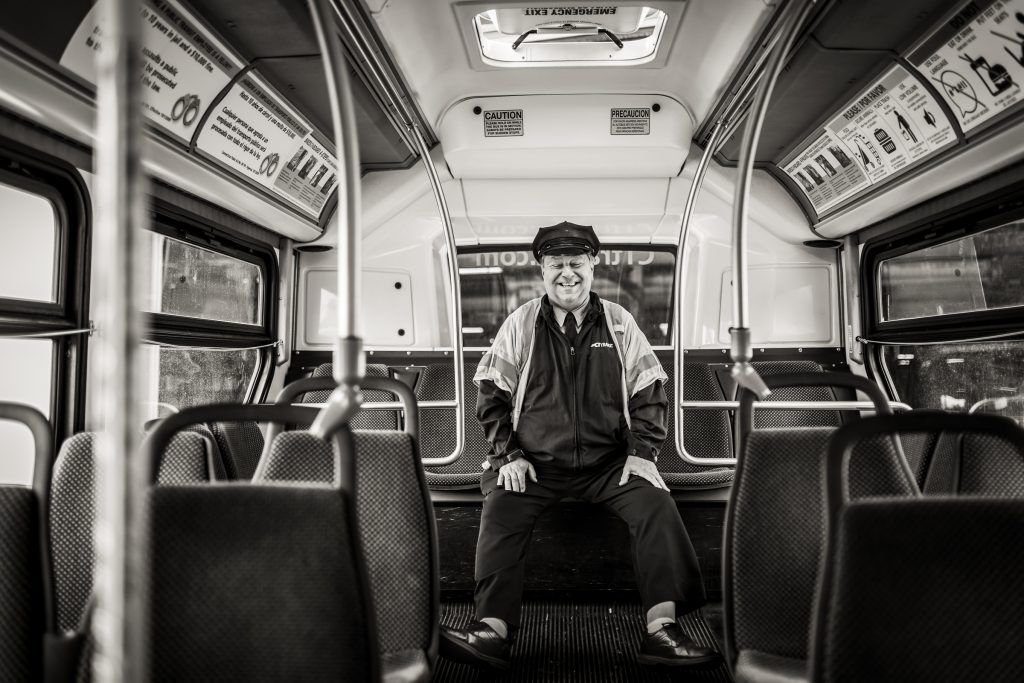 George is a transit worker with 40 years of experience. Courtesy of Ginny Kemp