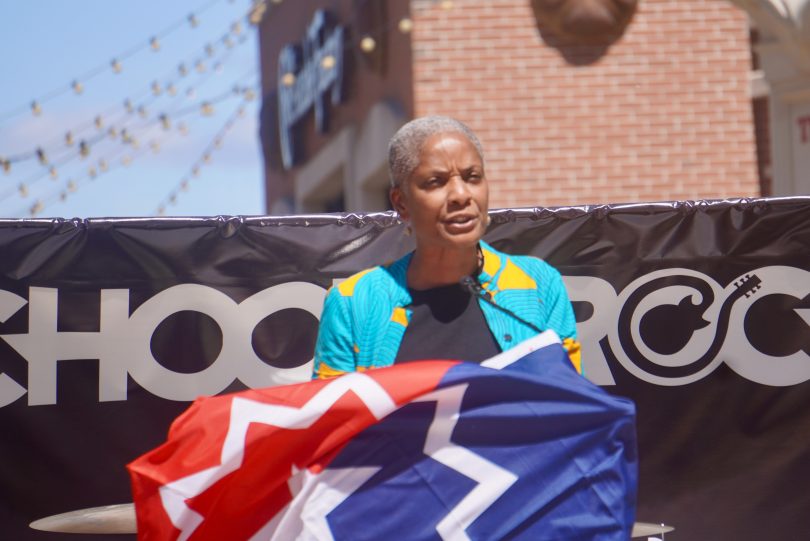 West Hartford Democrats did not turn out in force for Tuesday’s primary, but the 19.99% who cast their votes overwhelmingly supported the candidates who won their races statewide.

State Rep. Stephanie Thomas received 79.35% of the vote in West Hartford, according to unofficial results for the secretary of the state’s race, while her challenger, Maritza Bond, received 20.65%.

In the three-way race for state treasurer, Erick Russell received 62.21% of the West Hartford vote, with Dita Bhargava garnering 22.61% and Karen DuBois-Walton with 15.19%.

Very little separated the candidates on the issues, but statewide voters ultimately chose the Democratic Party’s endorsed candidates, Thomas for secretary of the state and Russell for state treasurer.

In her acceptance speech, Thomas appealed to unaffiliated voters and Republican voters, who are looking for an “alternative to conspiracy theories and the sowing of misinformation who believe that it’s time to invest in our democracy and make sure we have infrastructure to run clean elections.” 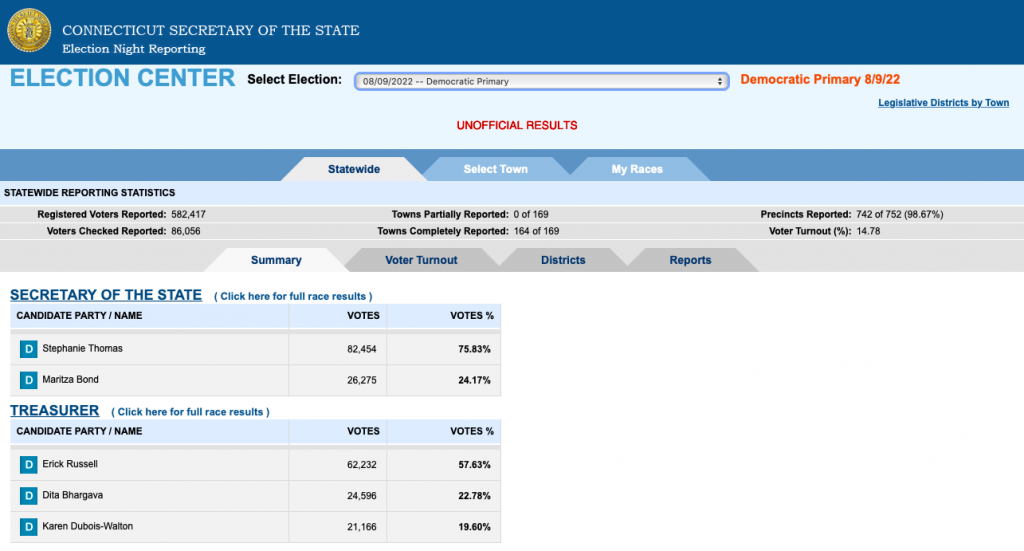