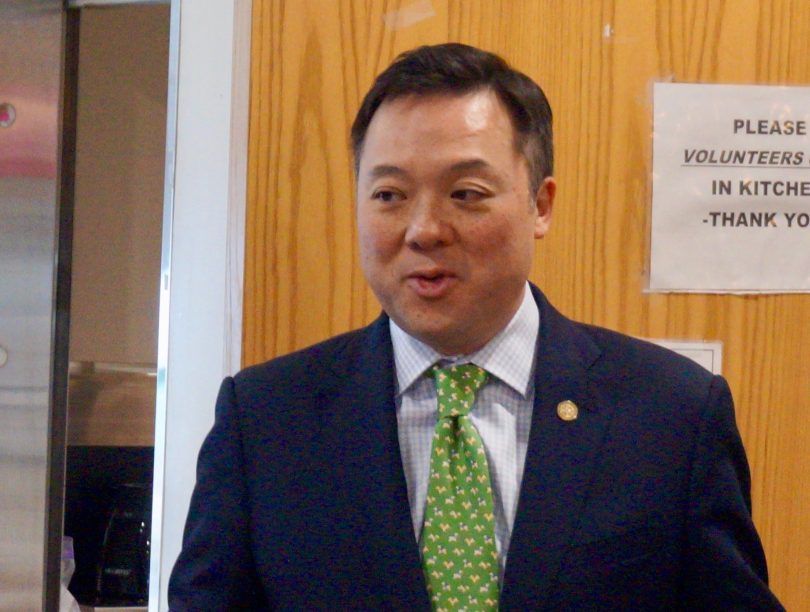 While the corporation itself may be exempt from the Freedom of Information Act, the officials serving on its board are not according to an opinion issued by Attorney General William Tong.

A new opinion from Attorney General William Tong could lead to much greater transparency for the public-private partnership investing millions of dollars in Connecticut’s struggling schools.

While legislators and Gov. Ned Lamont exempted the state’s partnership with hedge fund giant Ray Dalio’s philanthropic group from the Freedom of Information Act, Tong said in a Wednesday opinion that state officials serving on the partnership are not exempt.

Responding specifically to a request for clarity from House Minority Leader Themis Klarides, R-Derby, Tong wrote that she would be required to disclose most state records upon request – even those involving the partnership venture.

“We conclude that if presented with the issue, the Connecticut Freedom of Information Commission or a court would likely hold that notwithstanding the corporation’s exemption from FOIA, you remain subject to FOIA in your role as the House minority leader and must disclose records in your possession relating to your service on the corporation’s board of directors,” Tong wrote in his opinion.

But Klarides is only one of the five elected state officials serving on the 13-member oversight board for the Partnership for Connecticut, which means Tong’s ruling also would apply to the other four, which include Lamont, House Speaker Joe Aresimowicz, Senate President Pro Tem Martin M. Looney, and Senate Minority Leader Len Fasano.

Klarides and other members of the House Republican Caucus were critical when the governor and his fellow Democrats in the legislature voted in June to exempt the partnership from state disclosure and ethics rules.

The House minority leader noted that while the venture is based – in part – on a generous contribution from Dalio Philanthropies, it also involves tens of millions of dollars in public funds.

Klarides also warned that trying to exempt a venture with such strong ties to a core public function – local schools – would be problematic.

“Everything is supposed to be done in the light of day,” she told the CT Mirror last month. “I don’t know what happens if a publicly elected official has a fiduciary responsibility to this nonprofit corporation. What rules do I follow?”

Lamont and Democratic legislators tried to work around that by writing, in statute, that the Partnership for Connecticut would be a nonprofit corporation.

Sources said Dalio was wary of whom legislators might appoint. As a compromise, legislative leaders received no appointments and instead are required to serve on the board themselves.

“The fact that the corporate entity is exempted from FOIA does not mean that you as an individual are not subject to FOIA,” Tong wrote to Klarides in his opinion. “In serving on the board of directors, you are serving in your capacity as minority leader, not as a private citizen.”

A spokeswoman for Dalio Philanthropies did not comment immediately after the opinion was issued.

“This opinion from Attorney General Tong is welcome and not a surprise,” Lamont wrote in a statement Wednesday. “I thank the Attorney General for being so thorough, and I thank Representative Themis Klarides for her attention to this matter. The administration looks forward to working with the Partnership, legislative leaders, and the communities that will benefit from the Partnership’s work in a new and innovative way.”

Certain types of records held by all public agencies are exempt from disclosure. Examples include documents related to building security, labor negotiations and health records. These exemptions also would apply to any records held by members of the Partnership for Connecticut, Tong said.

The contribution would be made over five fiscal years beginning in 2019-20, and would be matched by $100 million from the state.

Dalio Philanthropies and state officials also agreed to try to raise a third $100 million for the venture from other private contributors.