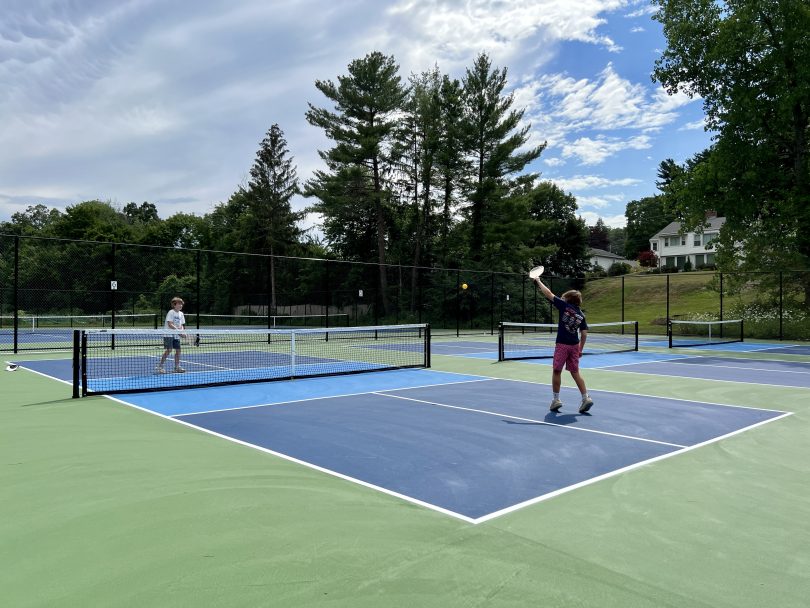 Six new pickleball courts have opened in West Hartford, and tennis courts have been resurfaced at the Buena Vista Recreation complex. 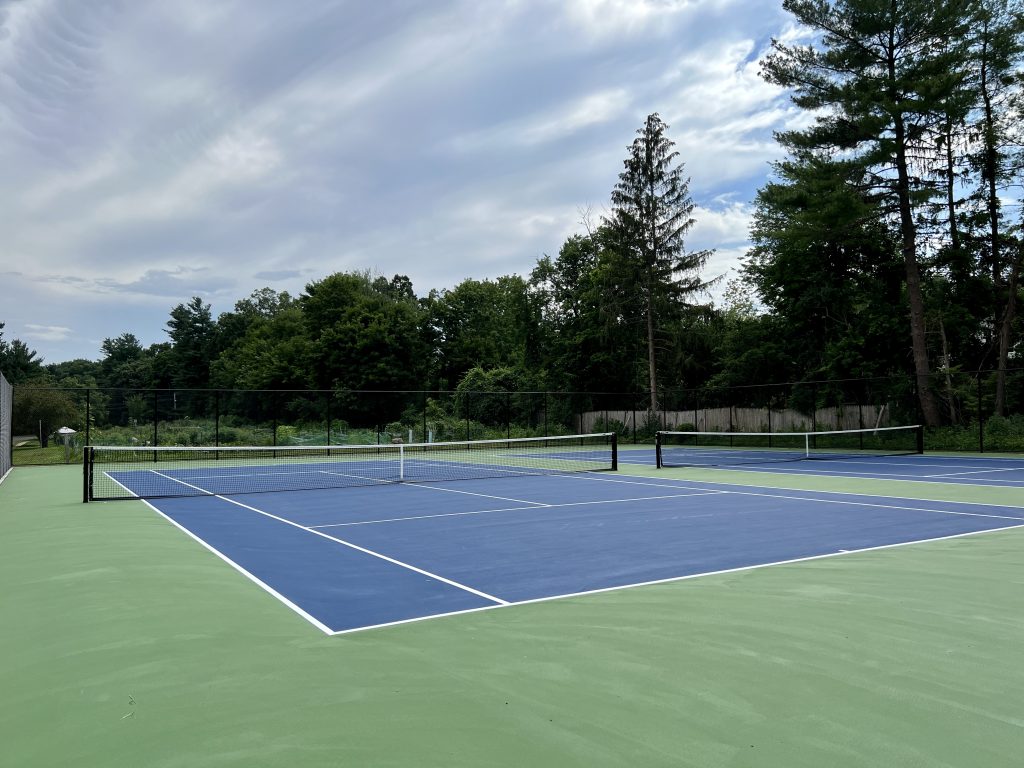 The number of official pickleball courts in West Hartford has doubled, with the recent completion and opening of six courts at the Buena Vista Recreation complex on Cornerstone Drive.

Two of the four tennis courts at Buena Vista – which had been re-lined and were being used for pickleball – were resurfaced this spring by the town and officially converted to six pickleball courts. The new courts, which were funded through the town’s Capital Improvement Program, are made of post tension concert that is also found on the tennis, pickleball, and basketball courts at Wolcott Park and Kennedy Park.

The two remaining tennis courts at the Buena Vista Recreation complex have also been renovated and are constructed of post tension concrete.

Pickleball is a quickly growing sport, played by people of all ages, and the town had previously renovated tennis courts at Wolcott Park into six pickleball courts. For those unfamiliar with the racquet sport, it’s been described as a “mashup” of tennis, ping pong, and badminton. It can be played as singles or doubles.

The courts are open to the public, but there are rules which are posted on the fence, including player protocols and a rotation system for when the courts are full. The West Hartford Pickleball Club, which launched about two years ago, also offers clinics and camaraderie.

The Buena Vista courts are open from dawn to dusk on a first-come, first serve basis. 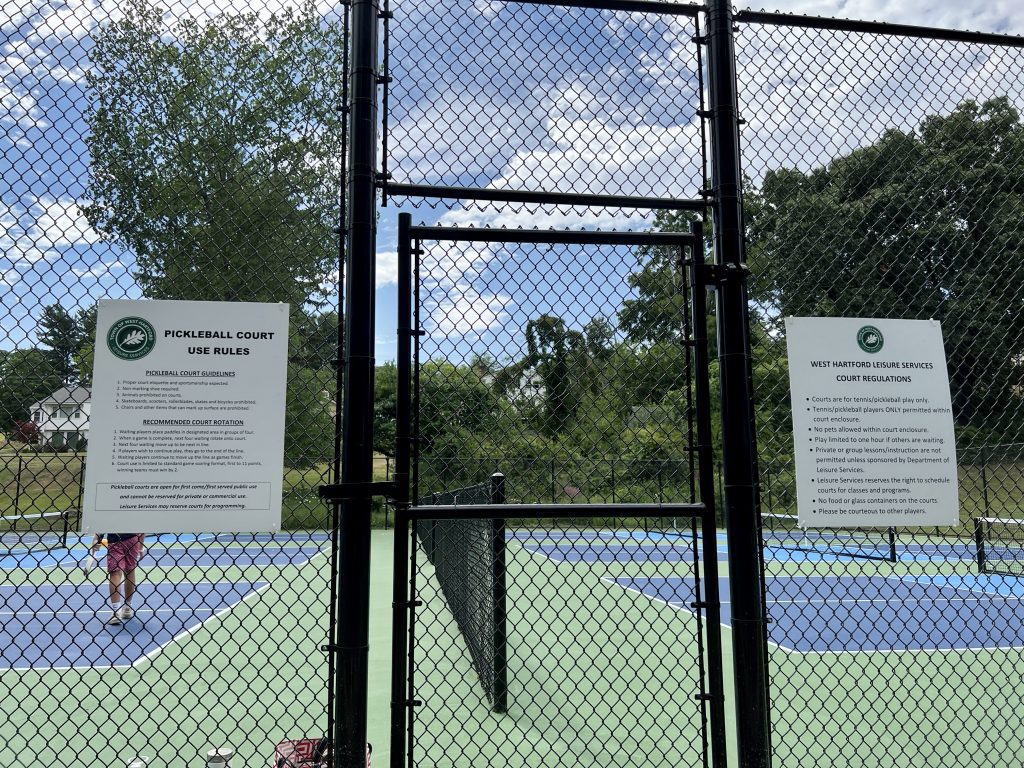 Rules for use of West Hartford’s pickleball courts are posted on the fence at the Buena Vista complex. Photo credit; Ronni Newton 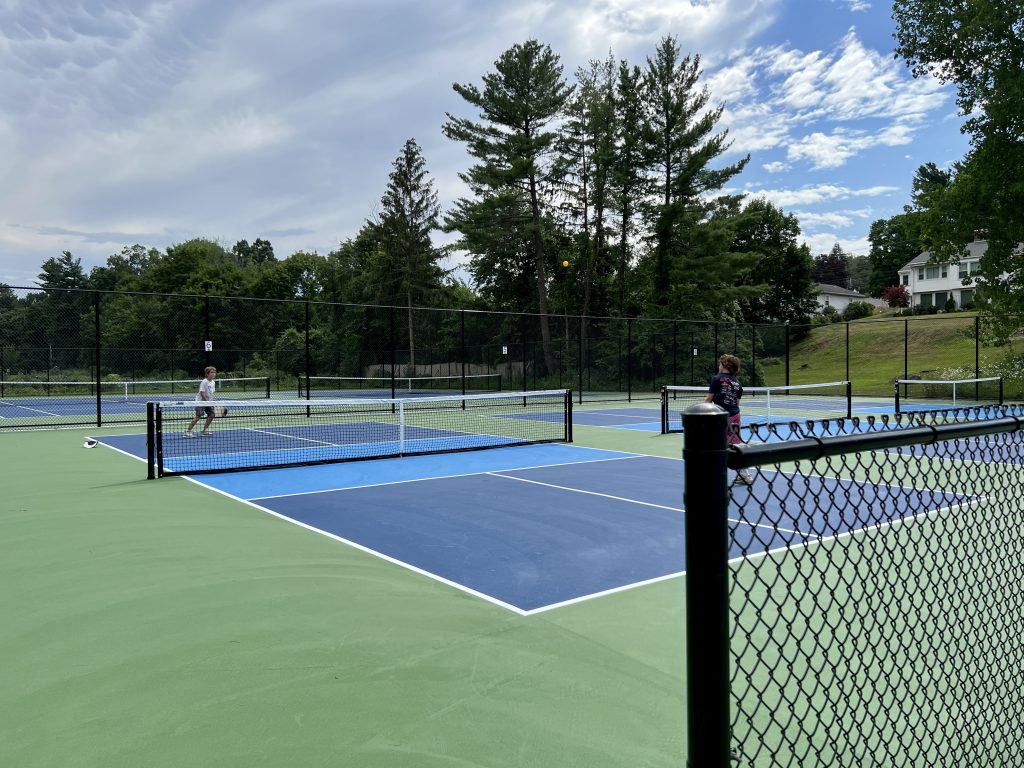 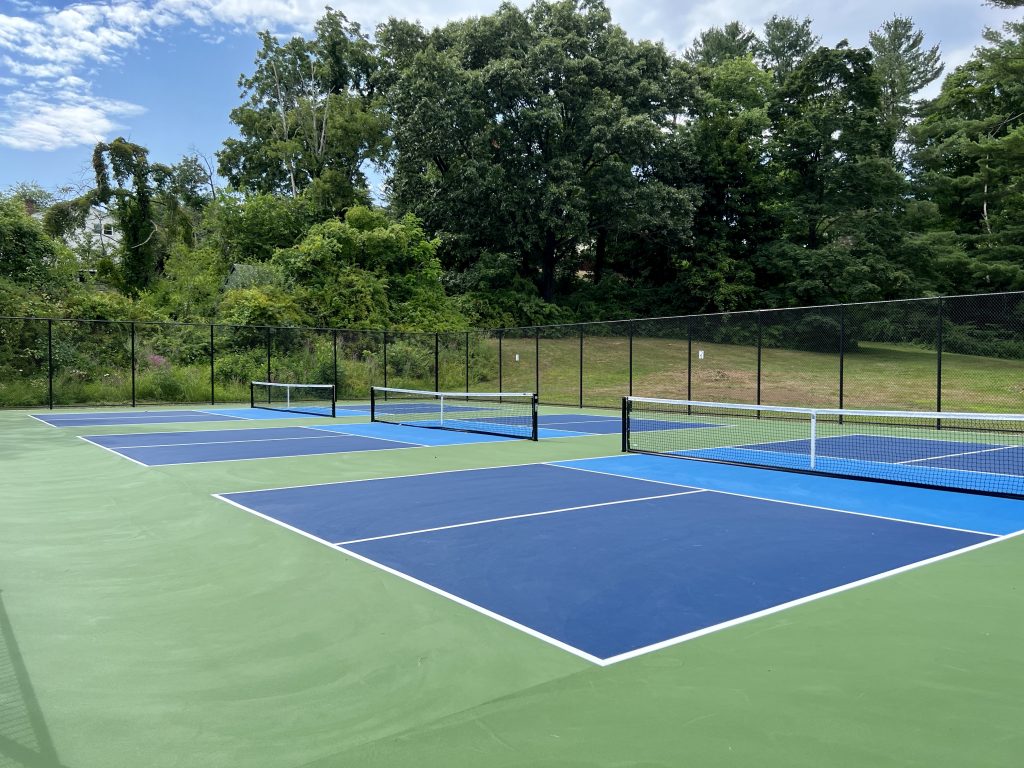