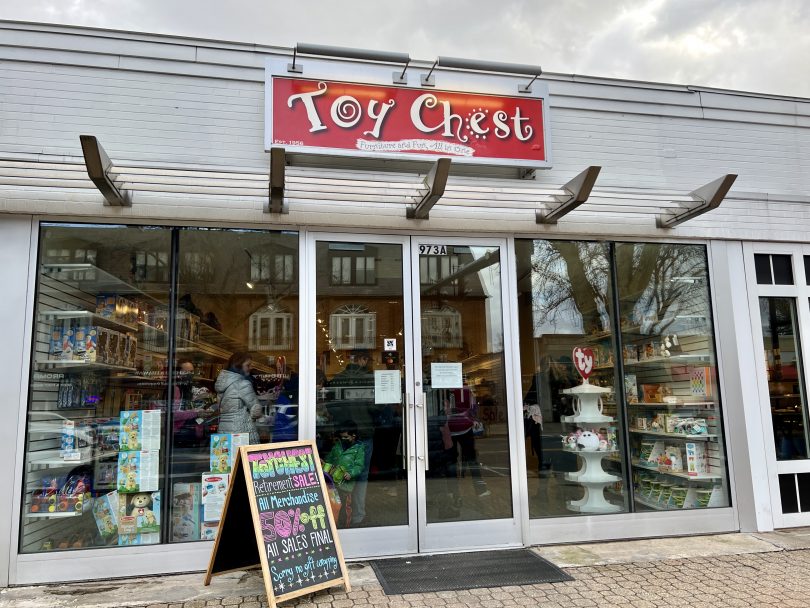 Toy Chest will be closing for good at the end of January, and already has everything marked down 50%. Photo credit: Ronni Newton

Toy Chest, which opened its doors in West Hartford in 1956, will close by the end of January. 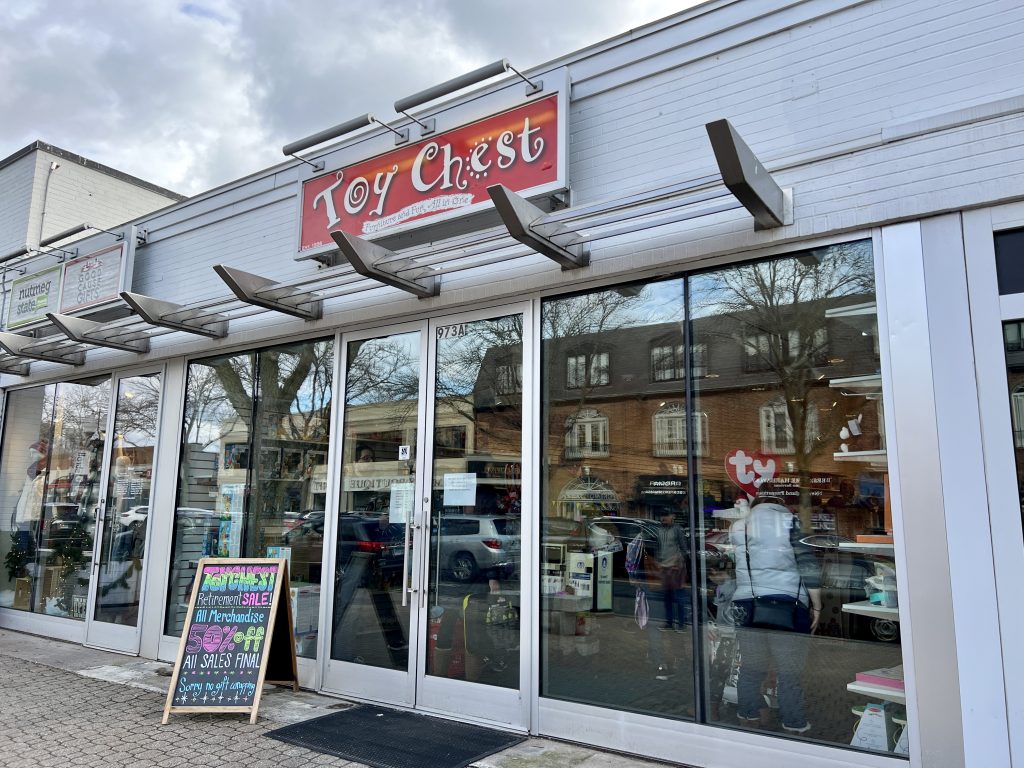 Toy Chest moved to 973 Farmington Ave. in West Hartford Center in 2019, and will be closing for good at the end of January. Photo credit: Ronni Newton

One of West Hartford’s oldest businesses – one which has served the area’s youngest residents – will be closing at the end of January.

Toy Chest has been family owned since opening in West Hartford Center in 1956. There have been two different owners, and three different locations – all on Farmington Avenue – but the store is now 66 years old, and its owner as well as two longtime managers are all planning to retire.

“I’m very sad about closing the store, but it’s time to move on,” owner Marilyn Caruso said on Saturday. She’s owned the Toy Chest for 34 years.

Caruso sent an email to her customer list on Friday evening, announcing the closing and a sale of 50% on all merchandise beginning Saturday, and the response was an outpouring of well-wishes and wistful comments, and a crowd that waited up to two hours in line to purchase games, books, stuffed animals, dolls, baby furniture – all of the toys and other items that appeal to young residents who can often be found gazing wide-eyed at the displays.

“Our business has always been about creating smiles for the children who visit us daily,” the email announcement from the store said. “We have been blessed to see so many of our young customers grow up and come back with their families.”

Caruso doesn’t have firm plans for what she is going to do next, but she said it’s time for a new chapter. “I’ve got a lot of grandkids, and they keep me busy,” she said.

Toy Chest started off on the north side of Farmington Avenue – where the Elbow Room is currently located – and in 1980 moved across the street to the space at 975 Farmington Avenue that had previously been the Youth Center. Toy Chest moved one storefront east in 2019 to its current spot, a somewhat smaller but more up-to-date space. 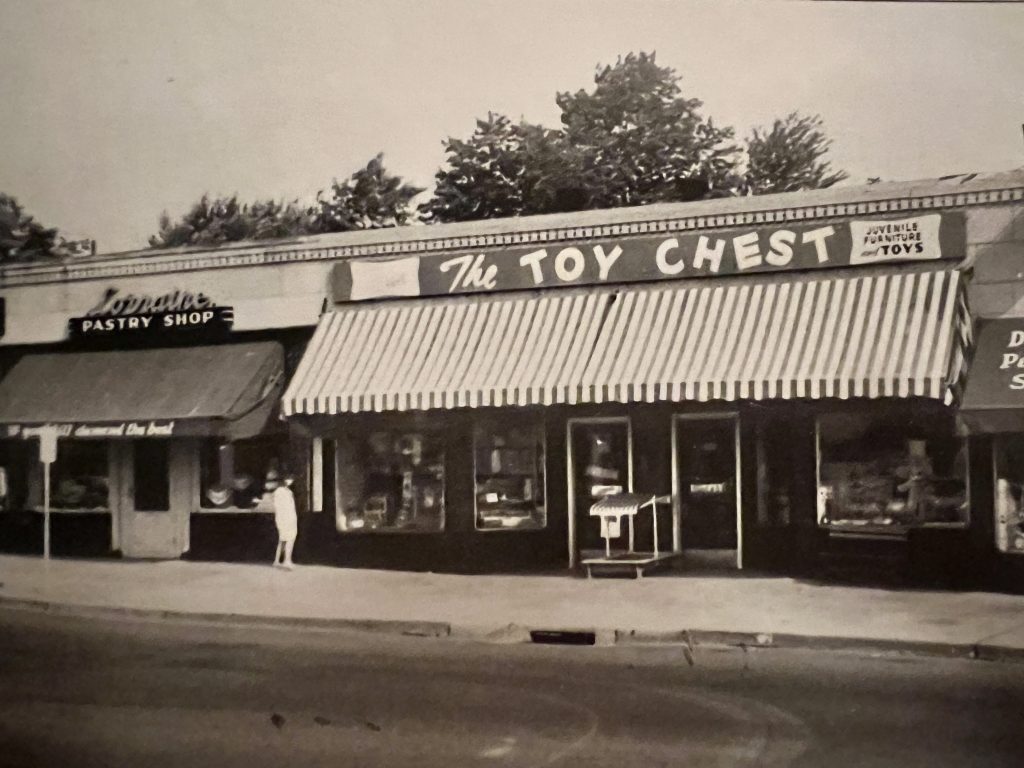 Caruso, who was a high school math teacher before her children were born, had been working part-time for Learning Express, a lease department business that was located within the G. Fox store in Hartford. Two of her co-workers asked if she would partner with them to purchase the Toy Chest from original owner Morris Shlien, who was retiring. That was in 1989, and it was supposed to be just a part-time job, she said with a laugh.

Since 2006, she’s been sole owner of the store. She has three children and her daughters, Val and Heather, have also worked with her at the store, and all agreed the closing is bittersweet.

Toy Chest has won many accolades in the community, including being named the West Hartford Chamber of Commerce’s “Legacy Business of the Year” last June. 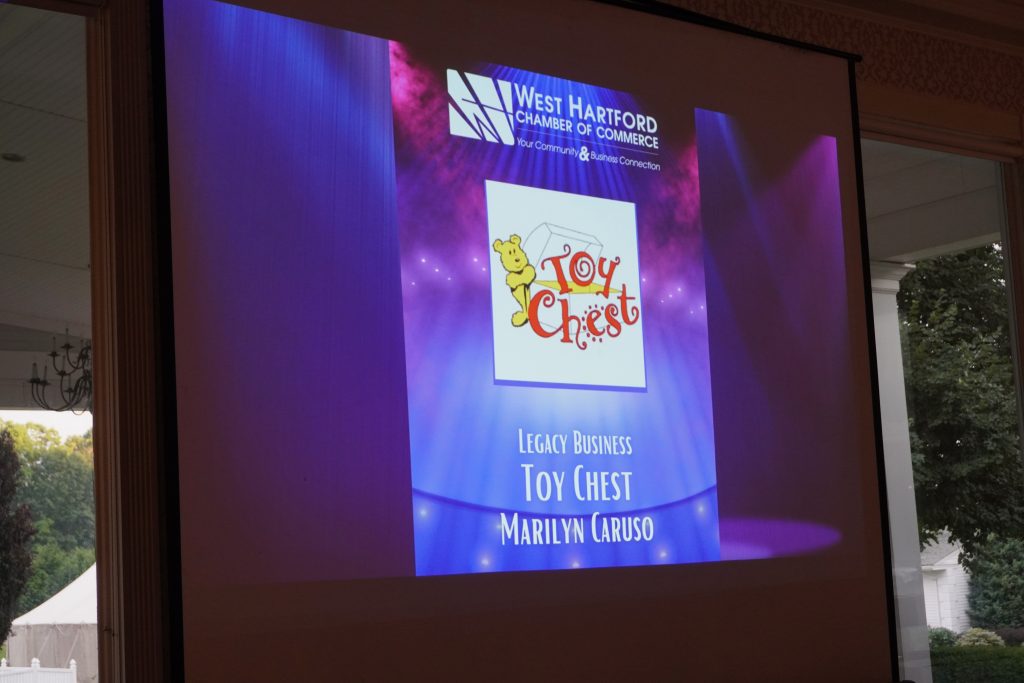 “It was the go-to spot for birthday party gifts,” Caruso’s daughter Val said, reading a message she had received from a customer. Others sent her messages saying how much their kids loved coming to the store. One customer shared that his young daughter thinks every toy store is called the “Toy Chest.” 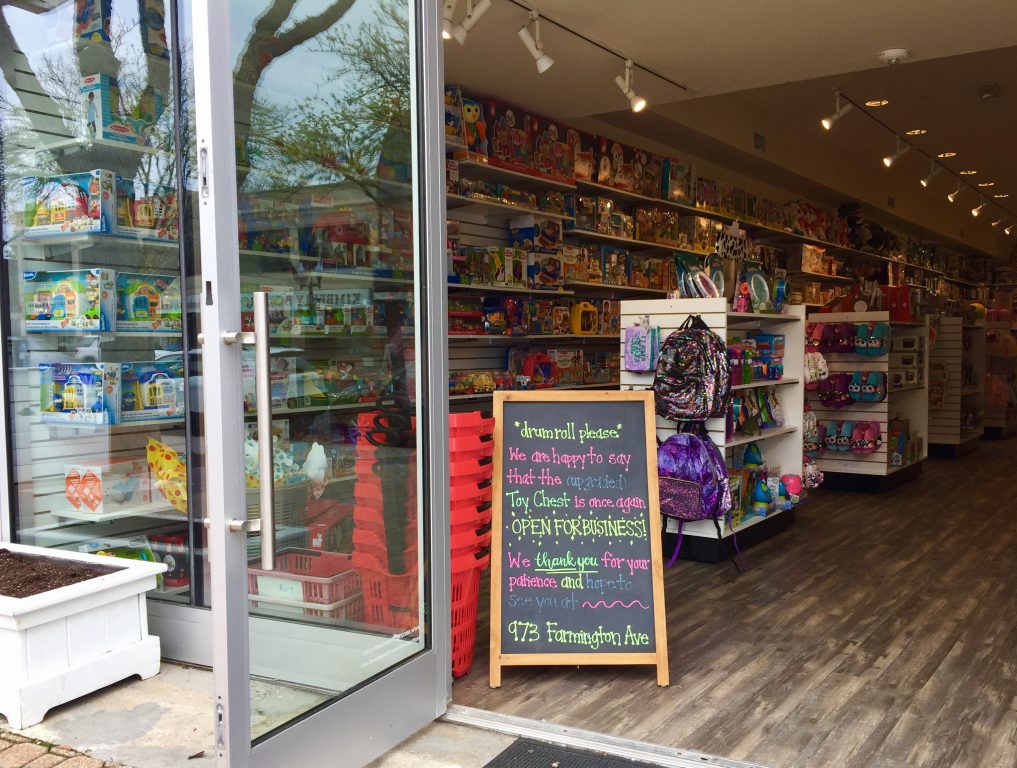 As word spread, there were several posts on Facebook about the closing, which also generated comments from longtime customers.

Many remarked that the Toy Chest was where their parents had purchased cribs and other baby furniture, birthday presents and countless toys, and wished the owners good luck in retirement.

“This magical place created memories for thousands of kids and families for many years,” one person commented.

Gift-wrapping has always been complimentary, and the Toy Chest’s black-and-white cow wrapping paper been ubiquitous at West Hartford birthday parties for decades – and an instant signal that something wonderful was to be found inside that package.

“We would like to extend a heartfelt thank you to all the customers who have supported us over the years and become part of the Toy Chest family,” Caruso’s email said. “Your patronage and loyalty have been sincerely appreciated.” 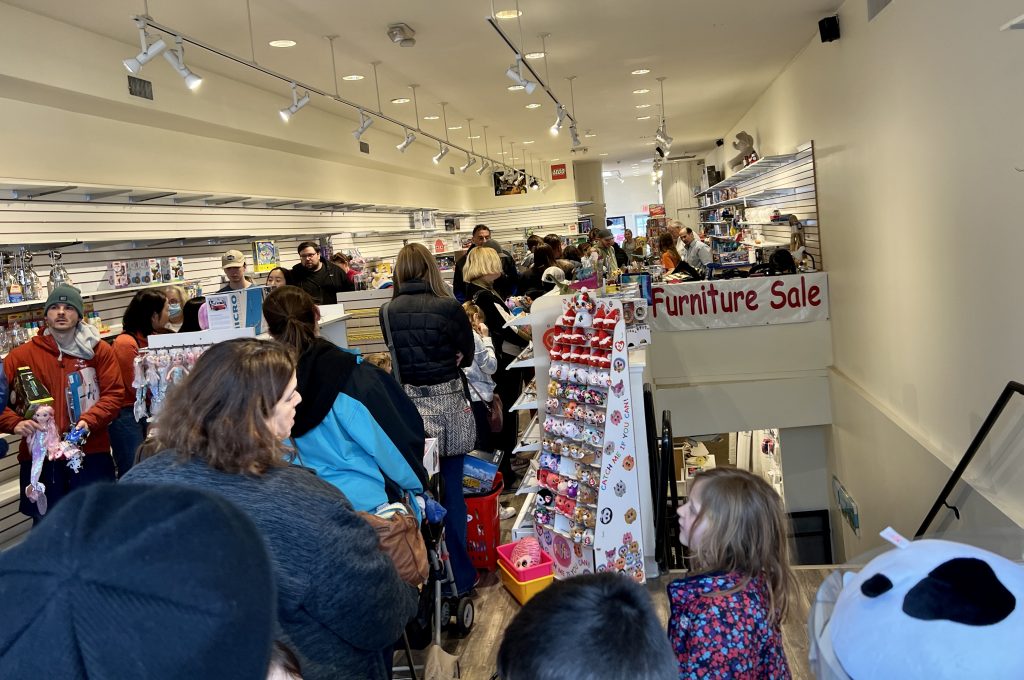 Everything is 50% off, and Caruso said the store will close for good at the end of January, but the shelves are emptying quickly. Some parents who were waiting in line Saturday afternoon were faced with some hardcore lobbying from their children, who wanted “just one more thing” before the store closed – and then ran off to pluck a Barbie doll or a game from one of the shelves.

Alyssa Mirizzi was behind the register Saturday with Dunn and Krutzky. She said she’s the only employee who’s far from retirement age.

“I’ve worked here for two years. It’s been a great job to have while in college,” she said. And the job has been great in more ways than one. “I met the love of my life here,” she added with a smile.