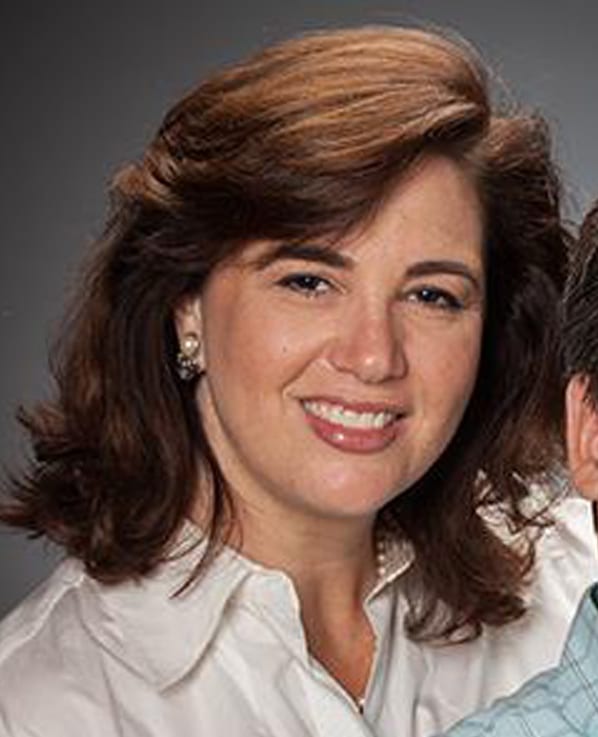 Tracey Gamer-Fanning was diagnosed with a grade III brain tumor in 2006. She was just 36 years old, had two small children, and was told she had three to five years to live.

Instead she lived for 12 years, succumbing Friday morning to the tumor that could never be completely removed by surgery and had begun aggressively growing again, recently doubling in size.

In her words, she often said that she not only survived those 12 years, but she thrived.

“I co-founded the Connecticut Brain Tumor Alliance (CTBTA) in 2006; aided in the legalization of medical marijuana in Connecticut; been voted onto the American Board of Internal Medicine Oncology Board with all this extra time I’ve been given. I’ve met hundreds of brain tumor patients and their families and continue to be their advocate until the day I no longer can,” Gamer-Fanning wrote in an op-ed in January speaking out about an outrageous increase in the pricing practice of drugs for brain cancer patients.

She spent years advocating for medical marijuana before it was legalized. She had suffered from devastating headaches and other side effects of the strong medications she was taking before personally turning to marijuana, and said it gave her back her life.

Since its founding, the Connecticut Brain Tumor Alliance has raised more than $2 million for brain tumor patients and their caregivers. Its mission is “providing patient outreach and patient assistance funds for local families, furthering cutting-edge brain tumor research in Connecticut, and improving the patient experience at the state’s best brain tumor treatment centers.”

“Don’t feel sorry for her. Don’t look at this as a tragedy. Making lemonade out of lemons doesn’t even begin to describe Tracey’s life,” Gamer-Fanning’s husband, Greg Shimer, said Saturday.

When Tracey was diagnosed with a brain tumor, it focused her, made her appreciate everything, Shimer said. “She wasn’t afraid to give strangers a hug, to say what she thought. She lived two or three lives in the past 12 years while the rest of us lived just one.”

Shimer and Gamer-Fanning were married not quite six years ago, but had first dated back when they were college students. They had a blended family – his three grown daughters (ages 23, 21, and 19) – and her two children, Mitchell, 17, and Shaye, 13, who lived with them in their West Hartford home.

Shimer said they first met and began dating in the summer of 1990. She was a student at Clark University and he went to Eastern. Gamer-Fanning wanted to be a journalist, and went off to London for an internship. Although they dated again for a short time after she returned, they soon broke up and lost touch.

Shimer decided to look up Gamer-Fanning in early 2006, and discovered that she was still in West Hartford, and working at the Connecticut Jewish Ledger. They spoke on the phone, had lunch, and Shimer said that Gamer-Fanning talked a lot about her kids, her new baby.

When Shimer called Gamer-Fanning at the Connecticut Jewish Ledger in September 2006 he was shocked to learn that she had had a seizure, and been diagnosed with a brain tumor. Her daughter, Shaye, was just 18 months old, and Mitchell was 4.

Shimer’s marriage had fallen apart, and soon after her diagnosis Gamer-Fanning’s marriage fell apart as well.

Gamer-Fanning had surgery to remove the tumor, but they could only get about 75 percent of it, Shimer said. The rest was wrapped around the part of her brain that controlled her motor skills.

She was temporarily unable to drive because of the seizures, and relied on family and friends for transportation to and from West Hartford and her family’s condominium in the Berkshires.

Shimer said that Gamer-Fanning’s father, Donald Gamer, thanked him for reconnecting with Tracey.

Gamer-Fanning’s second major tragedy of 2006 came in November, when Gamer was killed in a car crash heading back to the Berkshires after driving Gamer-Fanning and her kids back to West Hartford.

Gamer-Fanning followed the advice of a doctor to put off chemotherapy or radiation until something changed with the tumor, Shimer said, but in April 2008 she opted for radiation. That’s when Shimer moved in with her.

Shimer said he asked her to marry him at least six times. “She was afraid she would get really sick one day,” he said, but he persisted.

They had a simple wedding in 2013. “It just felt as natural as breathing,” he said of the decision to be together.

In January 2017, Gamer-Fanning had another surgery because the tumor had started growing again. She briefly tried chemotherapy that spring, but knew it wasn’t a cure and the side effects made her miserable. “She accepted it, she just said, ‘Screw it,'” Shimer said. “She didn’t want other treatments, didn’t want to be a lab rat.”

In September 2018, Gamer-Fanning attended the CTBTA’s Path of Hope fundraiser in Fairfield. The tumor’s rapid growth had really taken a toll by then, Shimer said. She had lost much of the function of the left side of her body, and was exhausted.

“That’s when she went into hospice,” said Shimer. She was able to stay at home, and was treated by Masonicare and a home health aide from Companions for Living.

Shimer said Gamer-Fanning died at home, in her own bed, around 11 a.m. on Friday.

“We had said our goodbyes long before that,” Shimer said. She had been unable to communicate for days.

“It’s impossible to capture Tracey Gamer-Fanning Shimer in a few words,” her friend Sarah Townswick said Saturday. The words and phrases that came to mind were: brain cancer survivor, brain cancer advocate, fearless fighter, “but above all, love,” Townswick said.

“Loving with abandon. All who knew Tracey heard her shout, ‘I love you’ during and after every encounter. She unabashedly showered love on everyone she knew. She fought brain cancer so she could be present for her children, Mitchell and Shaye, and her beloved husband, Greg. She was a force of positive energy and love that was contagious,” said Townswick. “She never shared her struggle, focusing on her many blessing and the positive aspects of her life. Only her inner circle knew her daily pain and challenges.”

Townswick said that she was proud and honored to know Gamer-Fanning and to call her a friend. “Tracey was an example to us all. This is how it’s done,” she said. “She put it all on the table. Love always wins.”

“Tracey embodied hope. It’s hard to imagine that someone so vivacious and alive, I mean savoring every moment alive, is gone,” said Gamer-Fanning’s friend Beth Ryan. “Just like that. She had a way of making you feel supported and loved, simply because she understood your pain like her own. Empathy. She lived and breathed it. And joy. So. Much. Joy.”

A memorial for Gamer-Fanning’s will held on Saturday, Nov. 3, at 6 p.m., at the Mandell JCC, 355 Bloomfield Ave., West Hartford.

Gamer-Fanning wrote her own obituary. Click here to read it.

As word spread of Gamer-Fanning’s death, many posted tributes on her Facebook page. They called her a hero, a fierce fighter, a warrior, a “beacon for all of our community … courageous, determined and hopeful to the bitter end.”

For information about donating to the Connecticut Brain Tumor Alliance in Gamer-Fanning’s honor, click here.