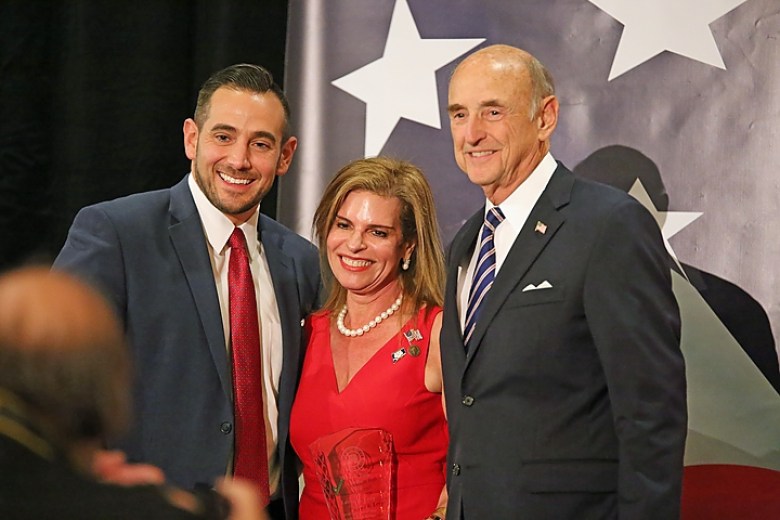 Levy did not win the race among West Hartford Republicans, who narrowly chose Themis Klarides.

Buoyed by a last-minute endorsement from former President Donald Trump and the unpredictability of a low-turnout primary, Levy delivered an upset Tuesday by defeating convention-endorsed and social moderate candidate Klarides for the Republican U.S. Senate nomination.

Levy, a Republican fund-raiser and member of the party’s national committee, prevailed in a three-way contest over Klarides, long considered the favorite to win the race, and Lumaj for the nomination to face U.S. Sen. Richard Blumenthal, a two-term Democrat and former attorney general with a three-decade history of winning statewide elections in Connecticut.

West Hartford did follow the rest of the state in the primary for secretary of the state, choosing Dominic Rapini over challenger Terrie E. Wood. 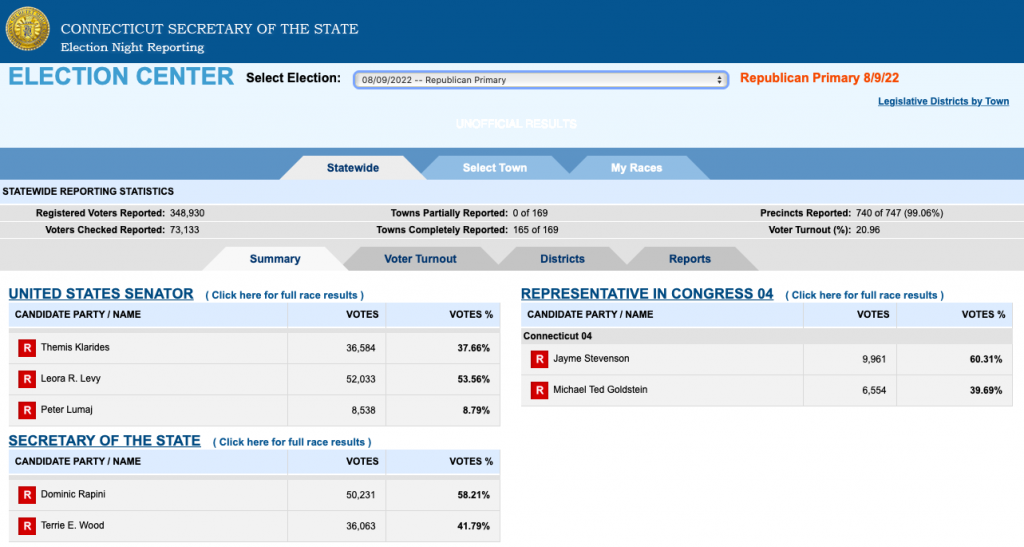