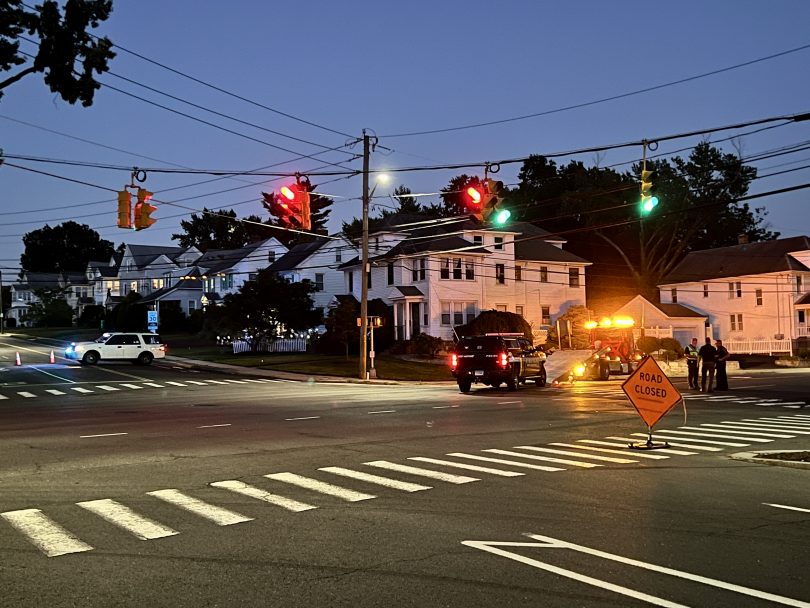 Investigation at the intersection of Trout Brook Drive and Boulevard where a police car and a passenger car collided. Photo credit: Ronni Newton

A West Hartford Police officer and the driver of a passenger car were transported to area hospitals with reported non-life-threatening injuries. 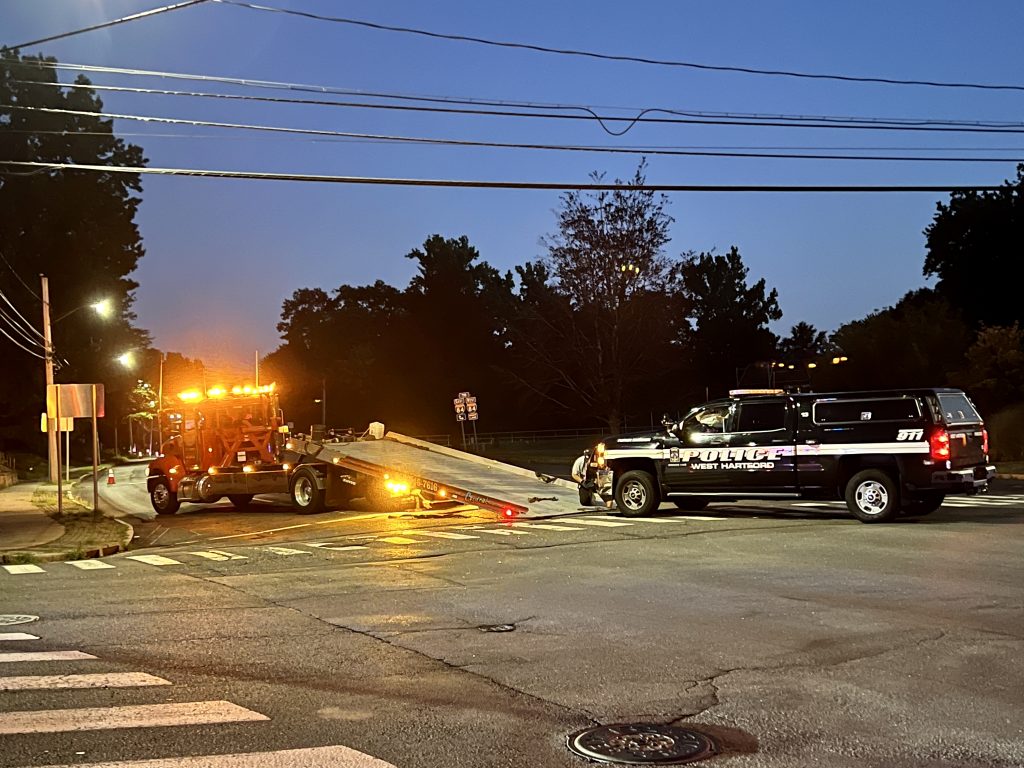 West Hartford Police Department SUV is towed from the scene of a crash with a passenger car on July 21. Photo credit: Ronni Newton

The intersection of Boulevard and Trout Brook Drive was closed for more than four hours Thursday following a collision between a West Hartford Police Department SUV and a passenger car that sent both drivers to the hospital.

According to Sgt. Amanda Martin, a collision between the police department vehicle and car happened at the busy intersection at approximately 4:43 p.m. Thursday.

Details about the crash or the individuals involved were not provided, but police did say that other police officers and the West Hartford Fire Department responded to the scene, and both drivers were transported to area hospitals with what appeared to be non-life-threatening injuries. 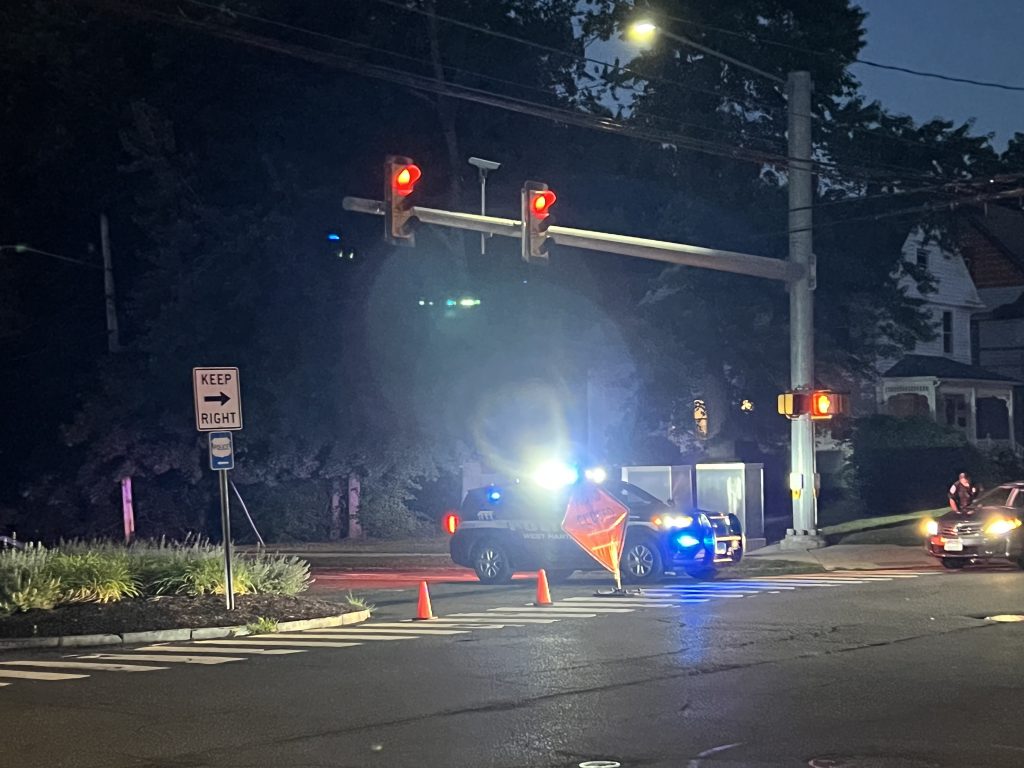 Boulevard was closed eastbound at the intersection with Raymond Road for investigation of a crash at the Boulevard and Trout Brook Drive intersection. Photo credit: Ronni Newton

The police vehicle was loaded onto a flatbed and towed from the scene at approximately 9 p.m., and the intersection was reopened just before 9:15 p.m.

Anyone who has additional information or who may have witnessed the accident, is asked to call the Traffic Division at 860-570-8860 or the anonymous tip line at 860-570-8969 or email the confidential tip line at [email protected]. 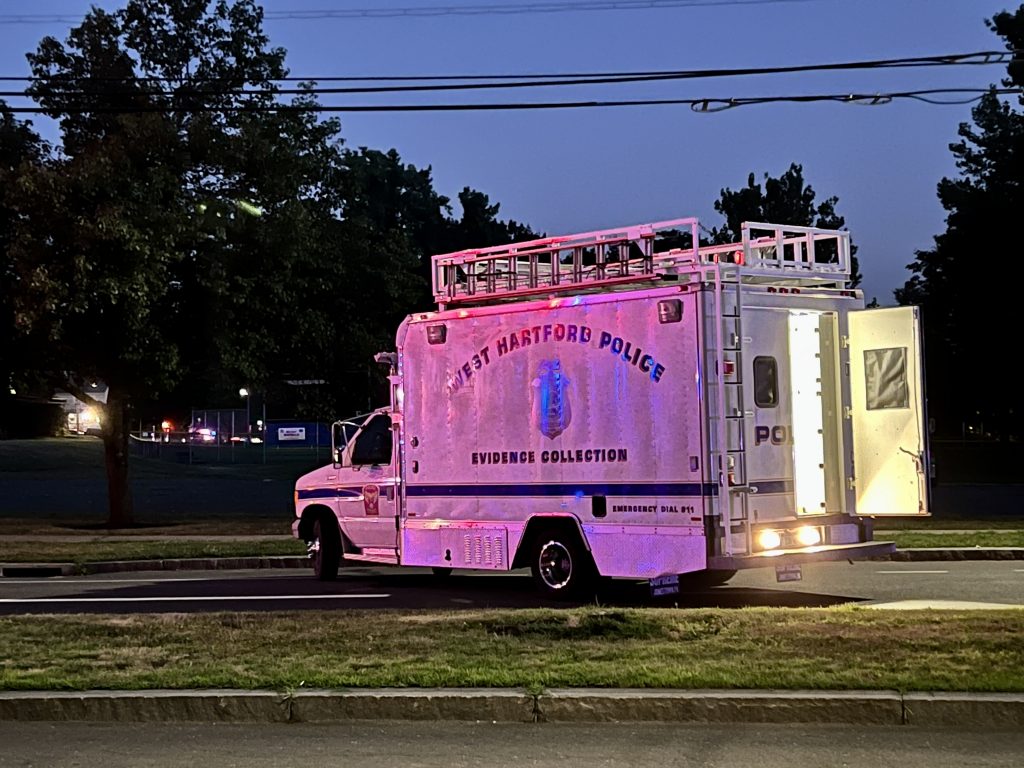