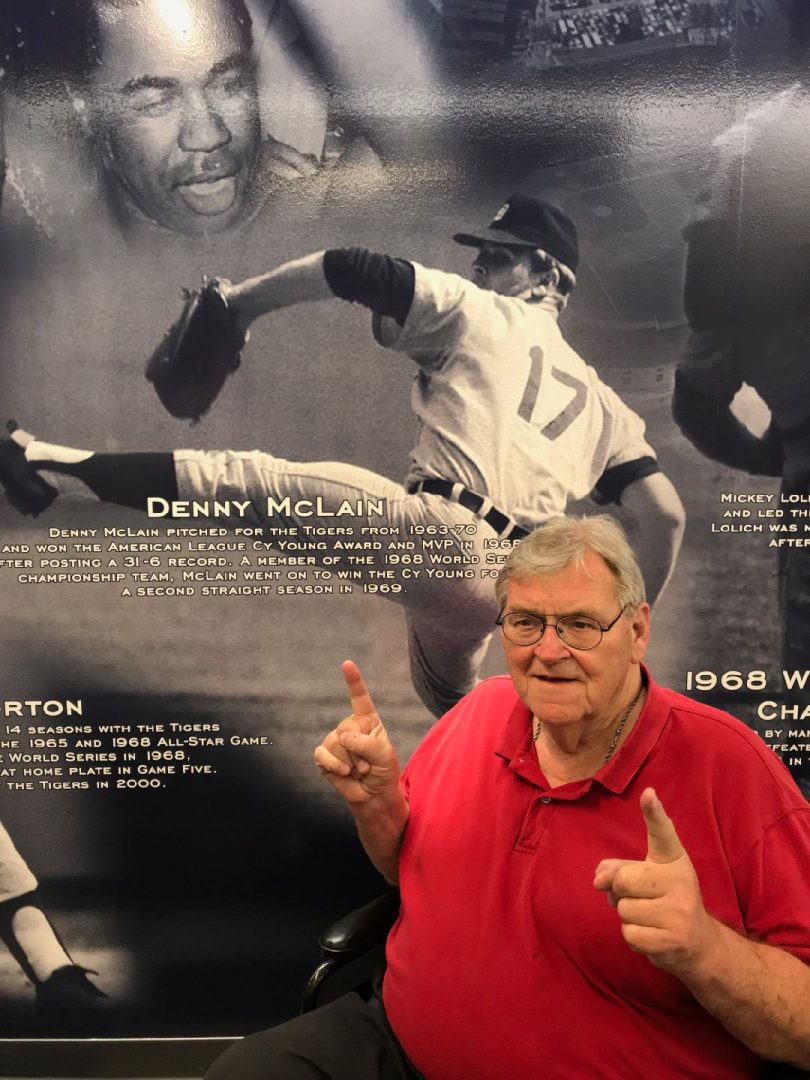 Denny McLain will speak at the World Series Club in West Hartford on Sept. 17. Courtesy photo

Former pitcher Denny McLain, holder of the 50-year record for the most wins in a season, will be the featured speaker at the World Series Club in West Hartford on Monday, Sept. 17. 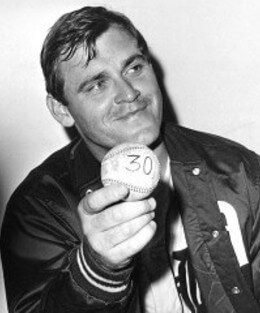 Denny McLain loves baseball, especially the good-old-days of baseball, before technology and rule changes, and he can’t wait to tell some great stories at the meeting of the World Series Club in West Hartford on Monday night.

“I’ve been in the game since 1962,” McLain said this week in a phone interview from his Detroit home. “I’ve seen the history with the game turn the full corner, with a lot of new rules. Who ever thought they’d use technology to play a game with a ball and bat?”

MLB is considering reducing the number of of umpires on the field, McLain said, but that’s not something he supports. “Isn’t there a great sense of excitement when the umpire and manager are in each others’ faces?”

McLain is effusive in sharing his thoughts about today’s game, but most of what he wants to share are his stories about some of baseball’s great guys – Mickey Mantle, Ted Williams, and many others – and the greatness of the game itself. He said he does about 175 speaking engagements a year.

“People want to hear about the guys we played against, like the guy who lost his toupee when he came up to bat,” McLain said. “Or the guy who broke his cup,” he added, noting that some may not want to hear those details.

“My roommate once swallowed my contact lenses while we were in Boston,” McLain recalled. “He said, ‘You didn’t put them in water?’ after drinking from a glass in the bathroom.”

McLain has plenty of stories to share from his own 10 year-career, spanning from 1963-1972, most of which was spent with the Detroit Tigers. He also played with the Senators, Athletics, and Braves organizations.

The highlight of his career was in 1968, when the Tigers won the World Series in seven games, when he was American League MVP, when he won his first Cy Young Award (he also won in 1969), and when he won 31 games. He’s the last pitcher in Major League Baseball to have won 30 or more games, and in 1968 compiled a record of 31-6 with a 1.96 ERA.

“I personally accomplished more than I ever thought,” McLain said.

McLain was born in the Chicago area, but said he has spent about 45 of the past 50 years in Detroit. This year he had the opportunity to celebrate the 50th anniversary of that 1968 World Series win. The Tigers’ win that year, he said, was pivotal in helping heal the spirit of a city that had become known for its violent and deadly riots the previous summer.

Detroit is still working on its comeback, he said. “We’ve come a long way, and it’s still getting better here. The celebration coincided with some of the great things that are going on in Detroit,” he said, and there is a lot to spotlight. 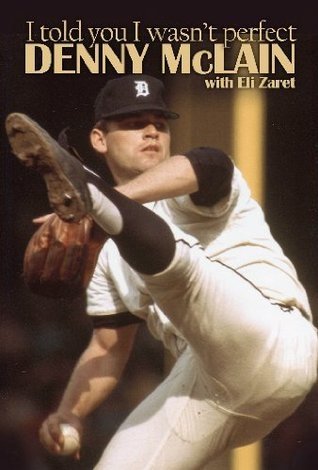 McLain will also speak about the book he wrote, “I Told You I Wasn’t Perfect,” which was published in 2007.

“The book deals with my life, the highlights, the lowlights,” McLain said. “Nothing is ever as dramatic as it appears,” he said, but he doesn’t shy away from talking about the negative experiences, about his time in prison.

“There’s nothing wrong with talking about something that happened to me, some bad decisions,” he said. “If you go to jail, that’s dramatic.”

The worst thing that ever happened, however, was losing a child, McLain said. “I’ve had one setback, that’s when we lost our daughter.” His daughter Kristen, then 26, was killed by a drunk driver in 1992. She was in the process of moving back home to Michigan.

Then he shared that his family is now experiencing another tragedy: His wife has Parkinson’s.

McLain doesn’t like to dwell on the negative, and the conversation quickly turned back to the message he will provide to the kids who attend Monday’s World Series Club dinner.

“Education,” he said. “If you can’t read and write you can’t play Major League Baseball.” Plus, only a very small number of players ever reach the MLB level.

The league is now doing more to ensure that all players have access to an education, and he’s also hopeful that MLB will help some of the younger players learn how to manage their money.

What McLain doesn’t like is how teams rush younger players into the majors. “There is no bigger jump in the world than going from high school or college to Major League Baseball. You’re playing with men,” he said, where a curve ball really curves.

His message to high schoolers: “Be as good as you can be and hope someone sees you, and wants you to go to their college,” he said. If you’re offered a four-year college scholarship, don’t worry if it’s a top baseball school because it’s the degree that’s important.

McLain said he pitched 780 innings in two years, and severed his rotator cuff. He retired at age 29.

“I’d do the same thing again, because it’s the nature of the game,” he said.

Tickets to the World Series Club event can be purchased online. All tickets include a buffet dinner, meet and greet, autographs, and an opportunity for questions and answers. Tickets for those 18 and under are just $5.