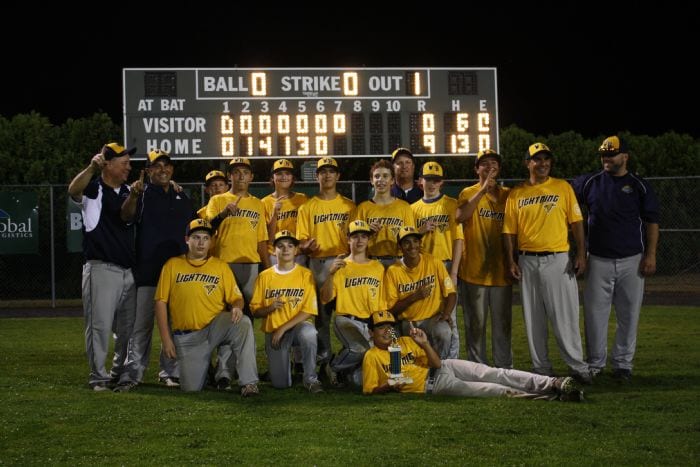 There are three divisions in the Farmington Bank/Vantis Life Baseball League, and West Hartford teams are the champions this summer in two of them.

On Monday, Lightning won the Prep Division with a 9-0 victory over the Wallingford Cardinals. 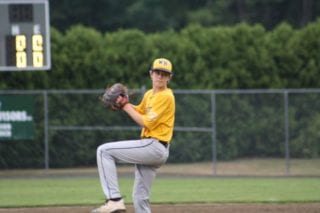 Will Fox was the winning pitcher for the West Hartford Lightning. Photo courtesy of Ron Fox

According to Lightning Team Manager Brian Coco, pitcher Will Fox, who threw 109 pitches for a nearly-complete game, got eight Cardinals out in a row between the bottom of the fourth and the top of the seventh inning. Four of those were strikeouts.

“I had a slow start, but my catcher and coaches called a great game and got me through the early innings,” Fox said after the game.

“Our defense was the best it’s been all season. Everyone made big plays tonight,” Fox said.

Fox was replaced partway into the seventh by Luis Vargas who threw the last three pitches of the game, but didn’t stop contributing once he was off the mound. According to Coco, he caught a line drive that started a double play to end the game. 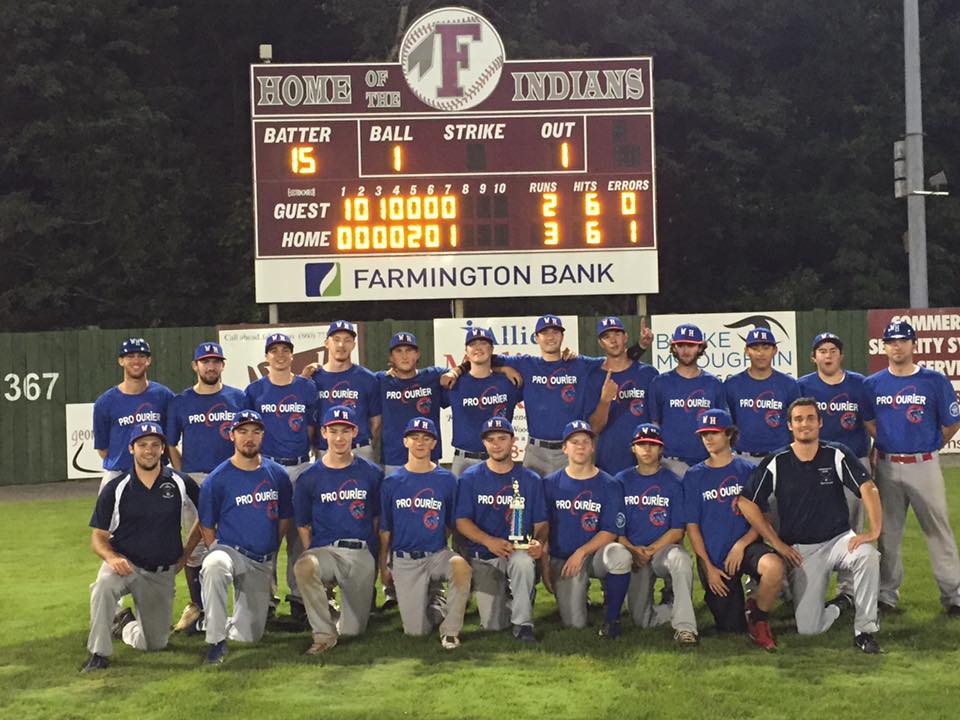 On Tuesday, the ProCourier Cubs of West Hartford took home the title in the Senior Division with a 3-2 victor over the Hebron Honey Badgers. Pitcher Pat McHale earned the win.

The Honey Badgers reached the final game after beating West Hartford’s other Senior Division team – the Quinn & Quinn Athletics – by a score of 6-5 on a walk-off in the eighth inning.