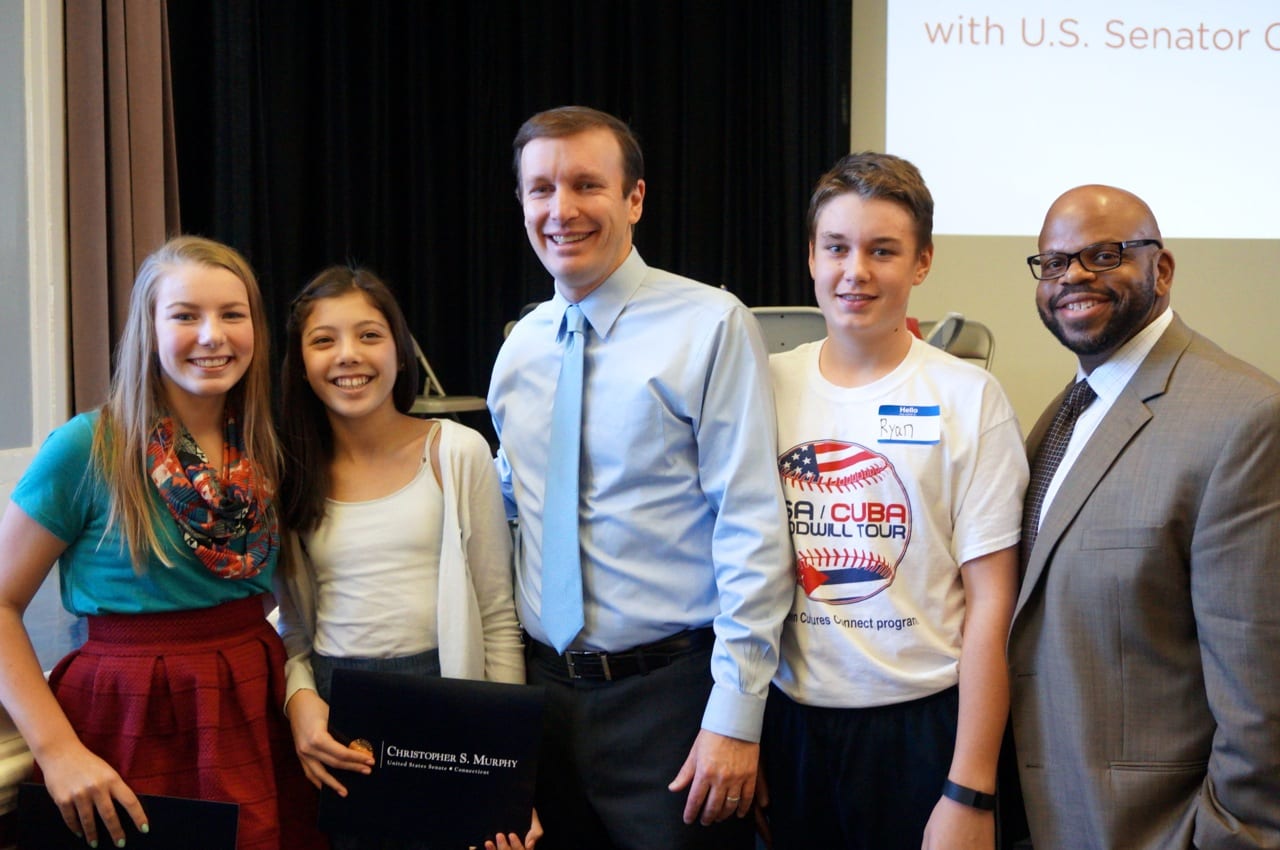 U.S. Sen. Chris Murphy was at the Elmwood Community Center in West Hartford on Monday morning to honor local students and take questions from the audience. 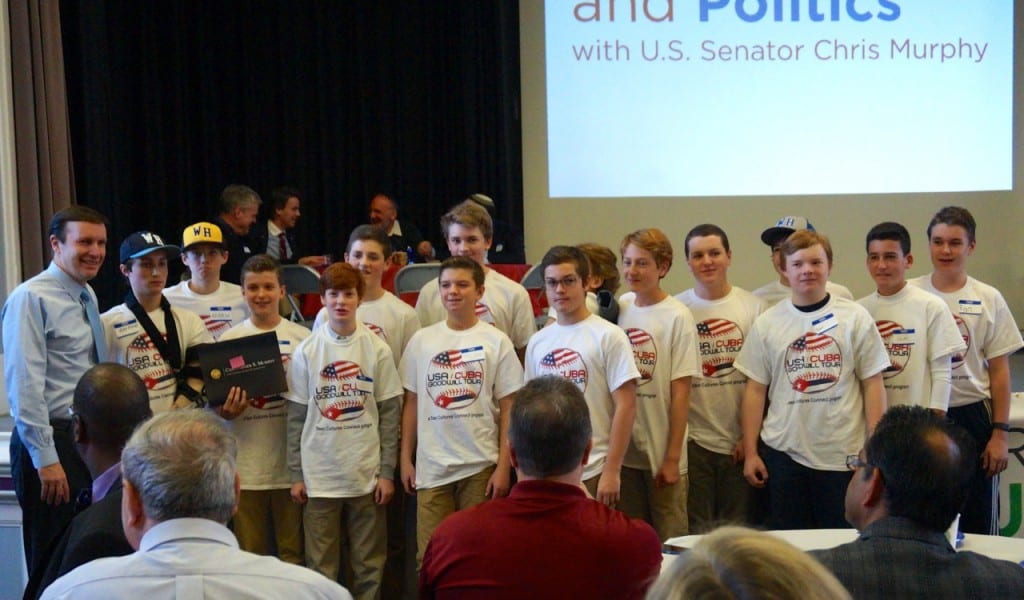 Students on West Hartford’s U-14 baseball team which will travel to Cuba in April 2016 were honored by U.S. Sen. Chris Murphy (far left) at ‘Pancakes and Politics’ in West Hartford on Nov. 23, 2015. Photo credit: Ronni Newton

A standing-room only crowd sipped coffee and downed plates of pancakes Monday morning at the Elmwood Community Center in West Hartford as they joined U.S. Sen. Chris Murphy for a breakfast honoring local students.

The breakfast was attended by West Hartford Mayor Scott Slifka as well as members of the Town Council and Board of Education, state legislators, West Hartford Public Schools adminstrators, members of the Chamber of Commerce, and religious leaders as well as students who were being recognized for their outstanding contributions.

“You are setting a new standard,” said Murphy of the overflow crowd of at least 100 in attendance at the pancake breakfast. “I’m used to getting 50 or 60 people, but this is mind-blowing,” he said.

Murphy has been holding “Pancakes and Politics” sessions in major towns around this state, but Monday was his first visit to West Hartford.

“This just shows how much you care about your town and its students,” said Murphy, who is a native of Wethersfield and now lives in Cheshire.

Students who were honored Monday morning were nominated as stand-outs not for just academic or athletic expertise, but because they “lead by example,” Murphy said. Each received a “Certificate of Recognition” from the U.S. Senate.

The following students from West Hartford Public Schools were recognized:

Murphy also honored and posed for a photo with the 18 members of West Hartford’s U-14 baseball team that will travel to Holguin, Cuba, in April 2016 as part of the USA-Cuba Goodwill Program.

“This is really important to me,” Murphy said to the student-athletes who will represent West Hartford as well as the country in Cuba. Murphy, who grew up playing baseball and loves the sport, told the students that the upcoming trip represents “the kind of outreach efforts that have great impact, capable of changing Cuba from within.”

The students have the ability to bridge cultures through forming friendships with their Cuban peers, Murphy said. He hopes the connections will last more than the week the teens are in Cuba and will show their counterparts great things about America.

“And I hope you win, too!” Murphy said about the baseball competition that will take place.

Murphy also responded to questions from the audience on a wide variety of topics including retirement policy, bank regulation, mental health reform, and consolidation of media.

After the breakfast, Murphy remarked that he was very pleased with the reception he received. “West Hartford is one of the most politically-active and community-oriented towns in the state. You come here, and people have strong opinions,” he said.

Murphy said that West Hartford residents really care about their town as well as political issues, and it was not surprising that this was his biggest pancake breakfast ever.

Murphy said he would be glad to return for another breakfast. “But I will have to buy some more pancake batter,” he said. 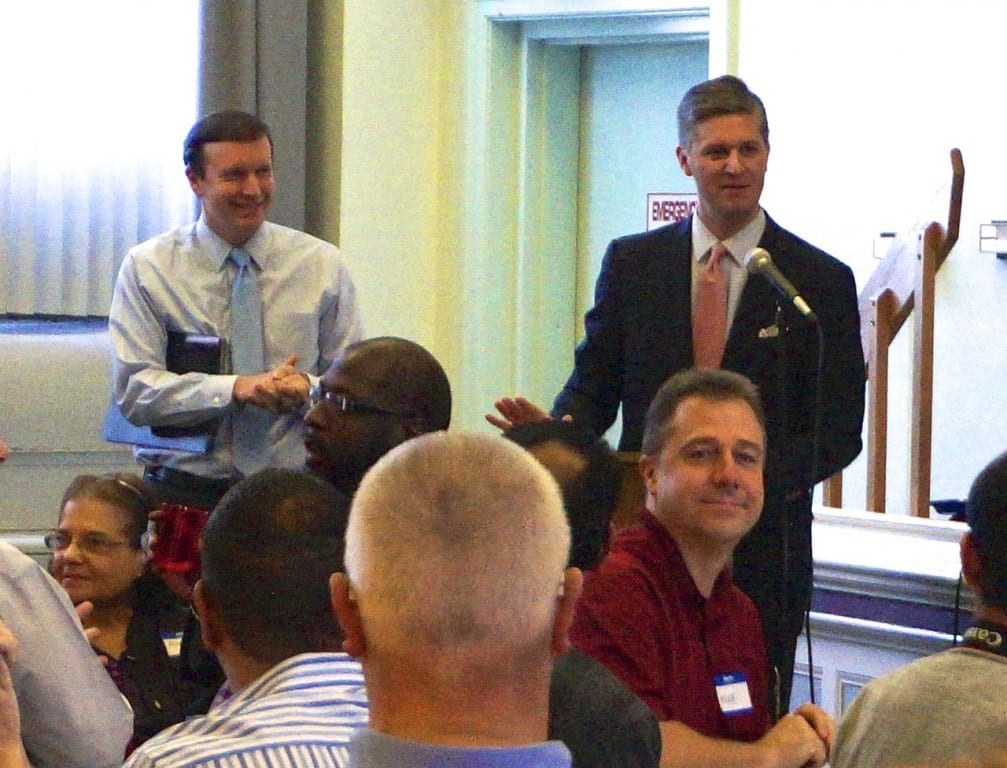 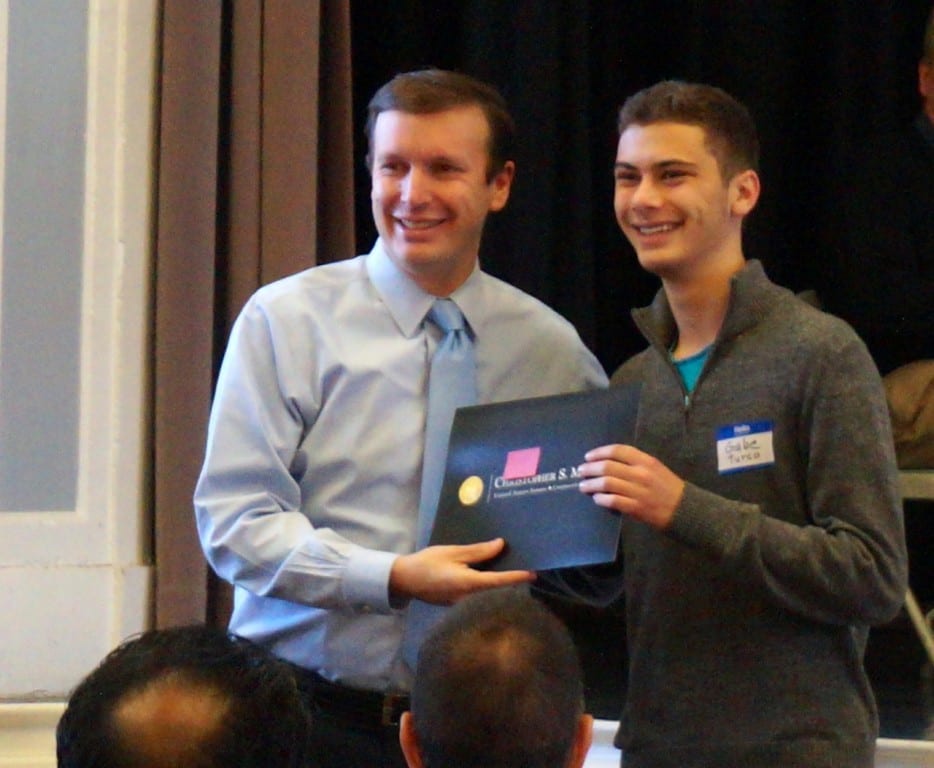 Gabe Turco, a senior at Conard High School, was one of the students recognized by U.S. Sen. Chris Murphy at the ‘Pancakes and Politics’ breakfast at the Elmwood Community Center, Nov. 23, 2015. Photo credit: Ronni Newton 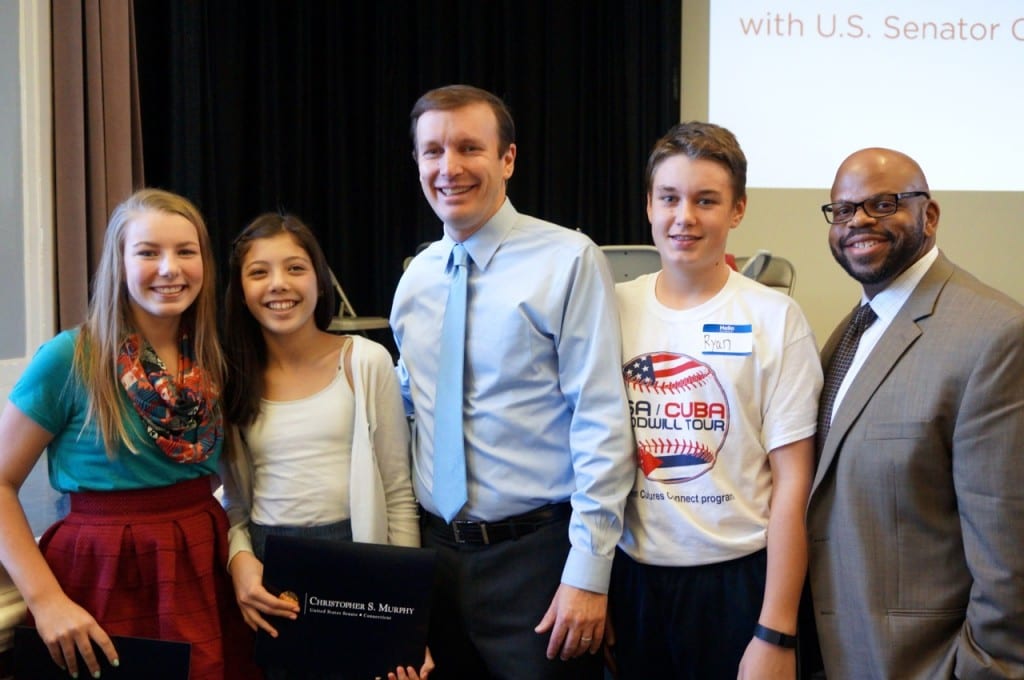 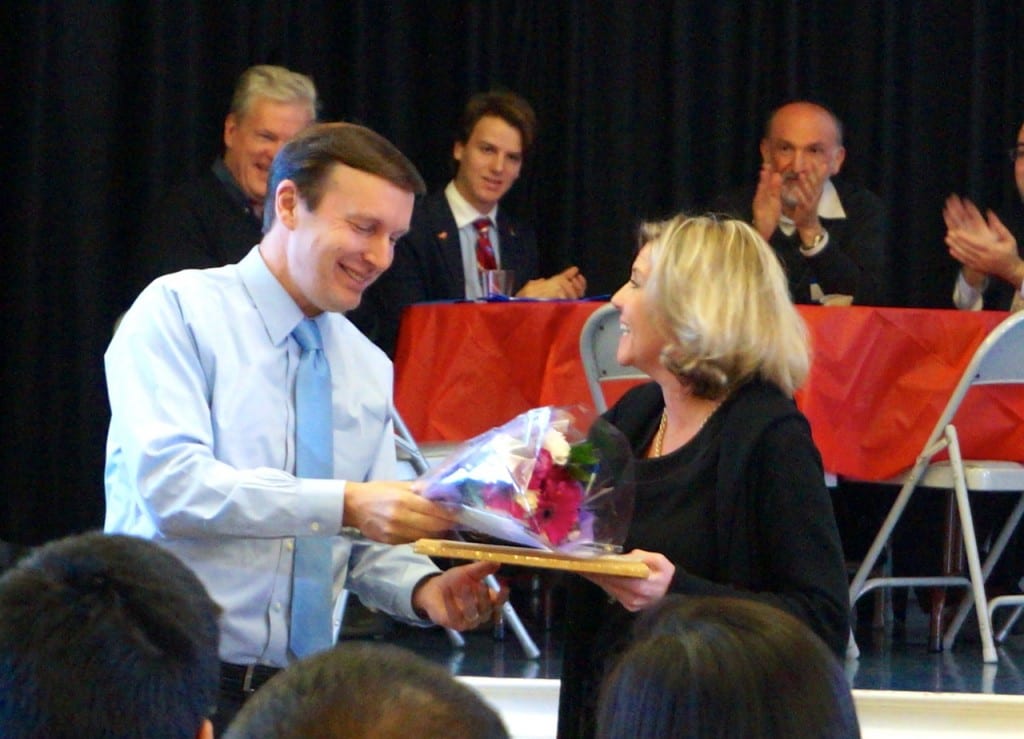