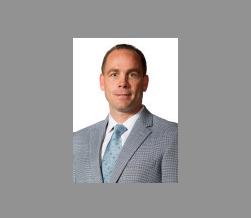 UConn Hockey Coach Mike Cavanaugh will be the guest speaker at the tournament which benefits St. Agnes Home in West Hartford.

Mike Cavanaugh, UConn Men’s Hockey Coach will be the guest dinner speaker at the 2017 “Birdies for Babies” golf tournament to benefit St. Agnes Home that be held at Wampanoag Country Club in West Hartford on Monday, Sept. 11, 2017

Coach Cavanaugh has been at the helm of the UConn men’s hockey program for four seasons and has guided UConn through the transition to Hockey East building the Huskies into a program on the rise in the toughest hockey conference in the nation.

During the 2014-15 Hockey East debut season, the Huskies were tabbed to finish last in the preseason coaches’ poll but Cavanaugh led his team to a 7-11-4 league mark, tied with Maine for ninth in the final standings. Along the way the Huskies knocked off four teams ranked in the national polls highlighted by a 1-0 win over no. 3 ranked Boston College in the program’s first-ever Hockey East home game.

Year two in Hockey East saw the Cavanaugh led Huskies continue the climb up the league ranks. UConn turned in an eighth place finish in the standings and earn the program’s first-ever home playoff series in the league. The program saw another first in 2016-17 as rookie Maxim Letunov became the first Husky to earned all-conference honors after a 40-point season earned him spots on the Hockey East All-Rookie team and the Hockey East All-Star second team.

At their new home at the XL Center in downtown Hartford, the Huskies have drawn league leading attendance records for Hockey East and have ranked among the top programs in the nation in home attendance.

Prior to arriving in Storrs, Cavanaugh spent 18 seasons at Boston College on legendary head coach Jerry York’s coaching staff. During his time at BC, he helped guide the Eagles to four national titles (2001, 2008, 2010 and 2012) in addition to nine Hockey East Tournament championships, six league regular-season titles and 10 Frozen Four appearances.

Off the ice, Cavanaugh forged a partnership with the Hartford Police Activities League (PAL), a non-profit unit with the Hartford Police Department, as a way to encourage community service within the men’s ice hockey team. PAL offers inner city youth recreational and educational activities that provide a welcome alternative to violence, gang membership, truancy and substance abuse. The men’s ice hockey team regularly participates in pick up street hockey and ice hockey games with youth who attend the after school program in Hartford.

He was named the winner of the 2013 Terry Flanagan Award by the American Hockey Coaches Association (AHCA). The Flanagan Award is given annually to honor an assistant coach’s career body of work in the college game.

The 2017 “Birdies for Babies” tournament offers an outstanding opportunity for local businesses and civic groups to participate as sponsors and event hosts. The event, which annually draws over 125 players from throughout the state, includes golf, lunch, dinner, and prizes. Individuals or companies interested in playing or participating as a sponsor can contact Pat Phalon (203-639-3592( or Phil Prespare (860-573-0731).

The Knights of Columbus was founded as a fraternal benefit society at St. Mary’s Church in New Haven in 1882. The organization counts more than 1.8 million members worldwide and last year Knights donated more than $167 million and 70 million hours to charitable causes. Council 10817 has been chartered since the early 1990’s, and supports many charitable and service projects for the church and community in addition to their support of St. Agnes Home.