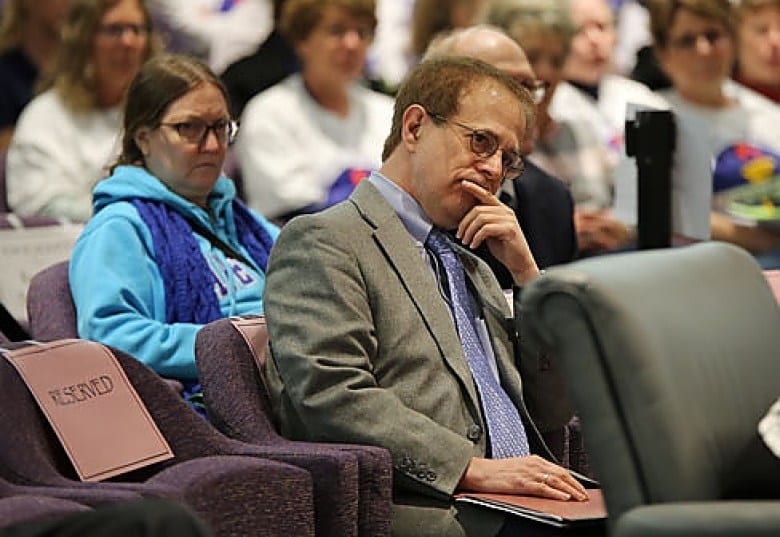 Dan Livingston, the attorney for SEBAC who filed the lawsuit. Courtesy of CTNewsJunkie.com

A coalition of state employees who have jobs that don’t interface with the public disagree with the governor’s new directive that they must return to the office full-time.

Most employees have headed back to their offices at least part-time, but a coalition of state employees says Gov. Ned Lamont is violating their telework policy by forcing them back to the office full-time July 1.

The policy impacts about 10,000 state employees who have jobs that don’t interface with the public. Under their original 2017 contract, these employees have the ability to telework 50% of the time. That telework policy was modified during the COVID-19 pandemic and the union coalition wants to keep the transition agreement allowing employees to telecommute 100% of the time in place at least until employees’ new telework applications can be approved.

During the height of the pandemic, the policy was: “Telework First: It is understood and agreed that not all jobs are conducive to telework. To the extent it is feasible and practicable, employees who have been able to telework will generally continue to do so, unless otherwise directed by the appointing authority.”

But this policy has expired and the union coalition is unhappy with the move back to the original 2017 agreement regarding telework. Furthermore, SEBAC says employees are being asked to skip telework entirely, although it is permitted under the contract. Instead, union members must apply for permission to work from home at all.

“Union members will be denied the telework opportunities provided by the transition agreement,” the complaint states.

The complaint also accused the administration of “Denying applications for telework of more than 50% without considering them on their merits or following the agreed upon process.”

It goes on to say the state has been “unilaterally altering state employee’s telework schedule so as to force such employees to work that altered schedule while their application for telework under the Transition Agreement is pending.”

The Lamont administration declined to comment for this article because of the pending litigation.

Lamont’s directive for state employees to return to the office was made in the middle of May.

Customer-facing government offices like those at the Departments of Motor Vehicles, Social Services, and Labor reopened for walk-in business on June 1. Meanwhile, most of the remaining executive branch employees were required to go back to the office on July 1.

“We’re going to get back to sort of our pre-COVID rules, which is we want most people coming back into the office,” Lamont said in May. “We do have the rules where up to 50% can telecommute, but we’re going to start getting people back to the office on a more regular basis starting July 1. I think it’s time and I think it makes it easier for people to connect.”